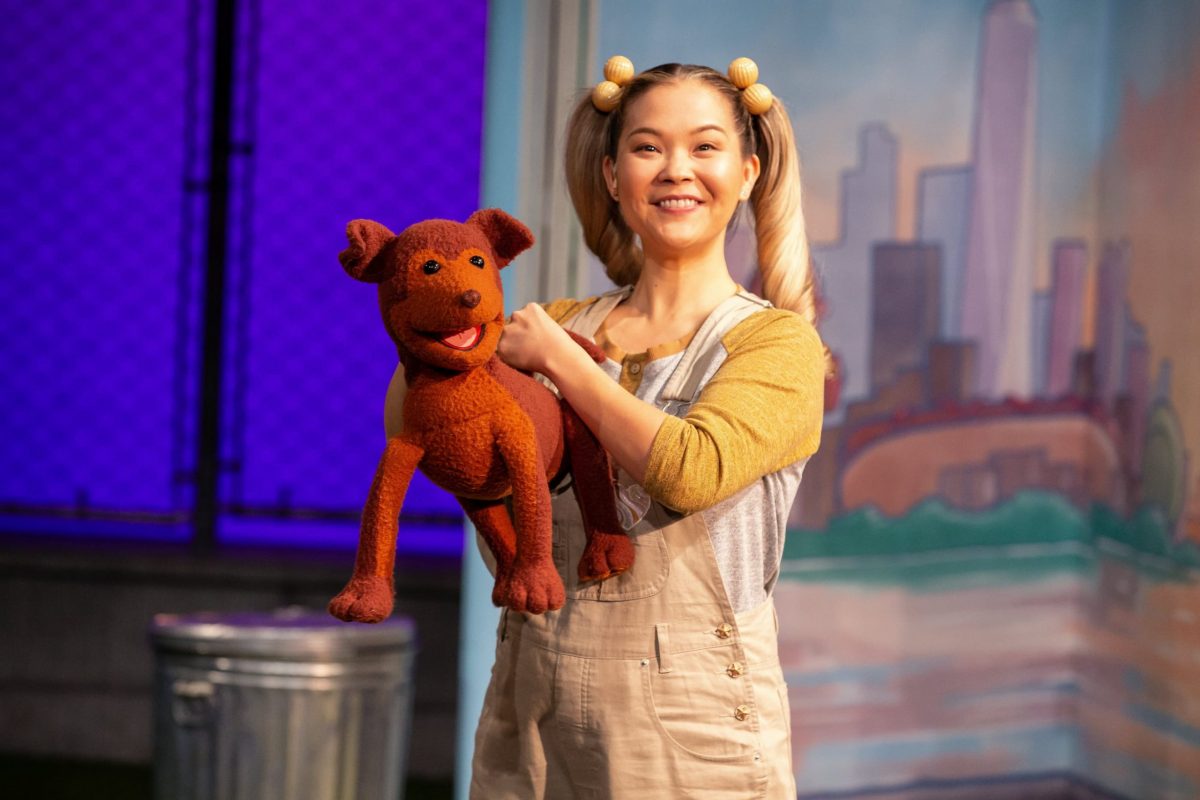 A rescue dog named Rue not only changed her adopter’s life but also inspired a lively musical that celebrates pet adoption.

About 10 years ago, animal control officers found the tiny Chihuahua mix wandering the streets of West Virginia. The extremely underweight stray landed in a high-kill shelter before a volunteer drove her to the nonprofit Badass Animal Rescue in Brooklyn, New York.

She was still tired from the journey when writer, director, producer, and puppet artist Stacey Weingarten—who had been “stalking” Rue on Petfinder.com despite thinking she wasn’t quite ready for a dog—attended an adoption event and lifted the pup into her arms.

“She fell asleep in my arms,” Weingarten told The Dog People. “I was like, ‘This is it.’”

Weingarten spent several days lining up references and submitted an application. After a home visit from the nonprofit, Weingarten got the green light to adopt Rue. 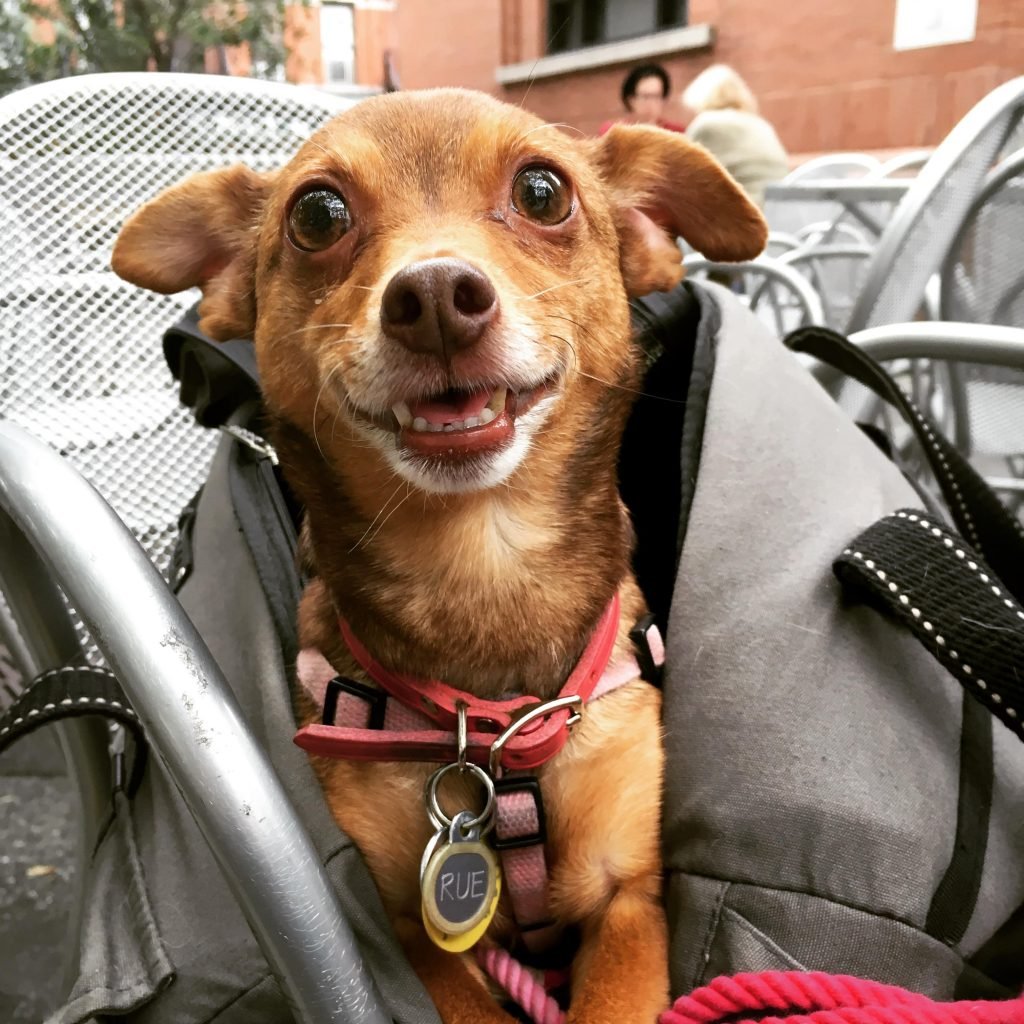 A Second Act for Rue

“I had never had a dog that was all my own—that was 100 percent my responsibility,” said Weingarten, who is in her 30s. “She was the first living creature that I had to keep alive and happy. I am not good with plants. For the life of me, I could not keep a succulent alive. So I was nervous about her.”

As it turned out, she had nothing to worry about. Badass Animal Rescue offers advice and resources for adopters in a Facebook group, and her parents shared tips as well.

Rue adapted well after a transition period. For the first month, she tried to pull inside doorways whenever the two walked around New York City.

“I can imagine that a shelter of any kind was very important to her a month earlier,” Weingarten said. “She was trying to pull me into bodegas and townhouses—anything that looked like it had a doorway.” 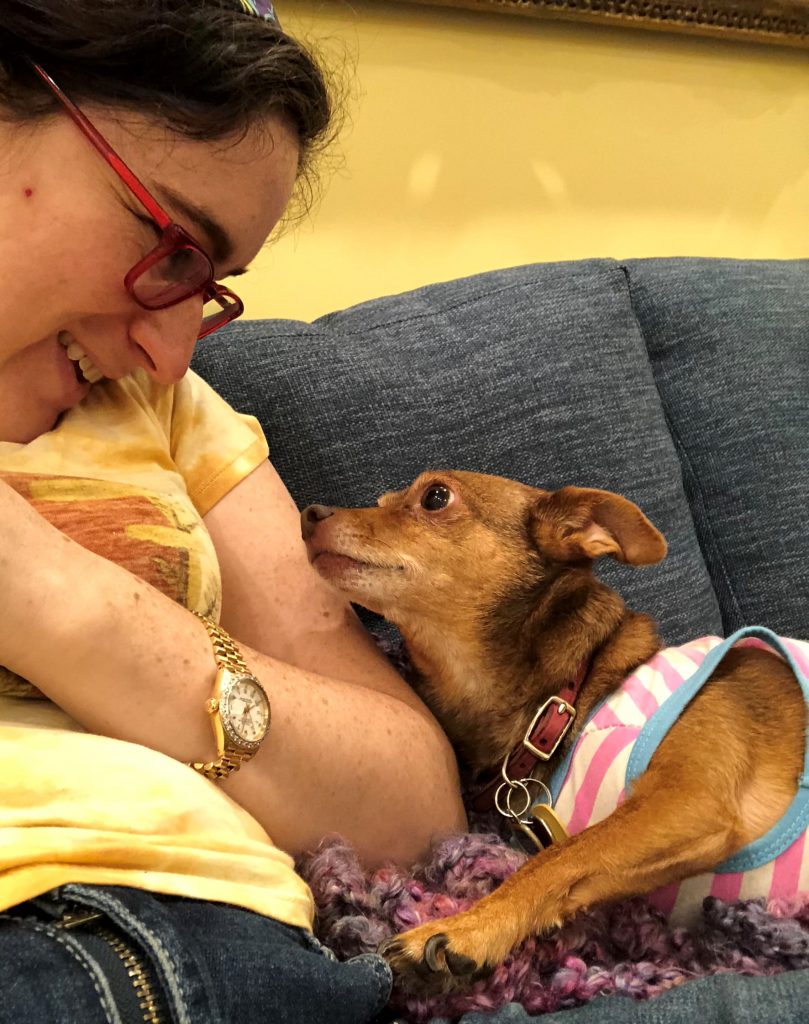 The Stage Is Set

The smart, cuddly little dog “trained” Weingarten to give her treats whenever she performed an adorable trick: sitting on her hind legs, which is too cute to resist.

Without training, Rue started jumping into Weingarten’s little travel bag—or any bag—happy to accompany her new mom on adventures. But her favorite pastime proved to be snuggling on the couch or in bed.

That’s exactly what the character Rue wishes for in an early scene of the play “Rescue Rue,” a musical inspired by the little dog’s gotcha story that Weingarten currently directs at the DR2 Theatre through January 30, 2022.

The scriptwriter called on her “puppet artist” experiences with The Jim Henson Co., “Sesame Street,” “Johnny and the Sprites,” “Avenue Q,” “Crank Yankers,” and “The Muppets” to create “Rescue Rue.”

“The reason that I wanted to do a family musical that celebrates dog rescue was that when I got Rue, I could not believe that there was this perfect dog waiting for me that was essentially on doggy death row,” she said. “And then the more I met people at dog parks or other rescue events or when my brother went to adopt, the fact that they also found these perfect matches was something that, to me, was really inspirational. Because they’re out there.” 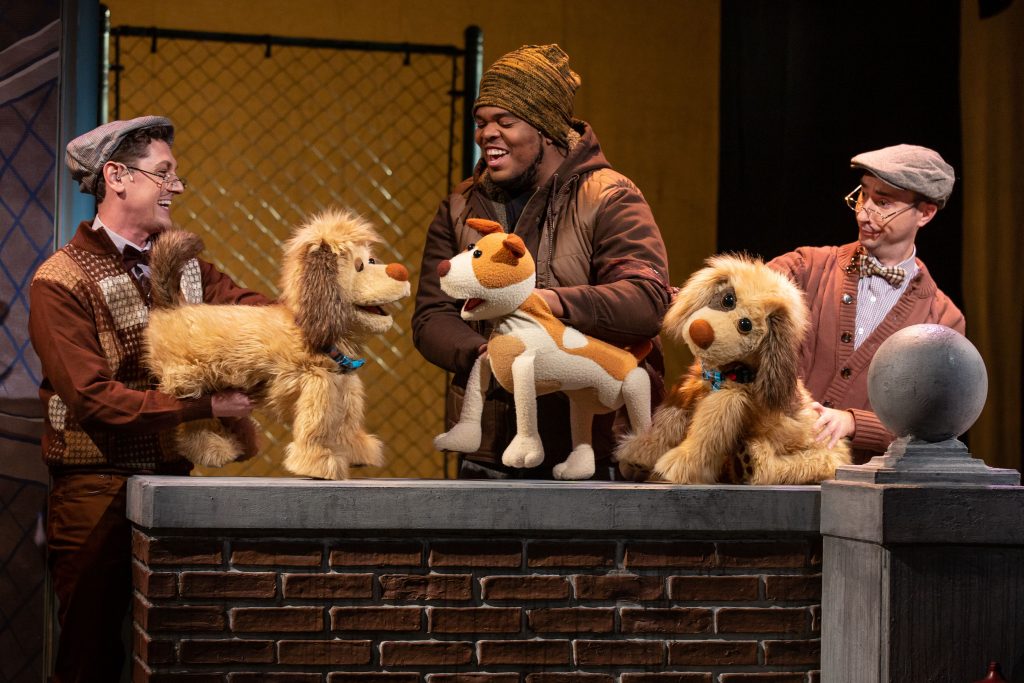 The Drama Is Real

In “Rescue Rue,” the character inspired by Rue is kicked out of her home, and meets friends and enemies on the streets and in the pound until—with help from her “Fairy Dogmother”—she finds a loving forever home.

“As Rue embarks on her journey, she finds at each stage a little bit of what could be a happy ending, or what might not be a happy ending, when she’s in a new situation,” Weingarten shared. “In the very end, she realizes that finally getting to be with her forever mom when she’s adopted is actually way more of a new beginning, because she’s essentially starting a new chapter in her life.”

Though the play is geared toward kids and their parents, Weingarten doesn’t sugarcoat the fact that dogs and cats in shelters can face euthanasia. A sweet, misunderstood Pit Bull named Pumpkin helps illustrate the danger. (Spoiler alert: Don’t worry! Pumpkin will appear in the play’s sequel, “Runaway Rue.”) Weingarten’s philosophy is to never talk down to kids.

They care not just about putting on a good show, but they actually care about the mission of animal rescue.

The puppets are designed and built by Muppet alum Andy Hayward. As in “Avenue Q,” there is no attempt to hide the puppeteers.

Due to Covid safety precautions, the performers wear masks during each performance, but since the focus is on puppets, it’s less distracting than if they were wearing dog costumes to portray the animals.

Weingarten feels the cast is incredible.

“Because the mission is so tightly wound into what the show actually is, I think almost every single person that’s on our team has pets,” she said. “They care not just about putting on a good show, but they actually care about the mission of animal rescue.” 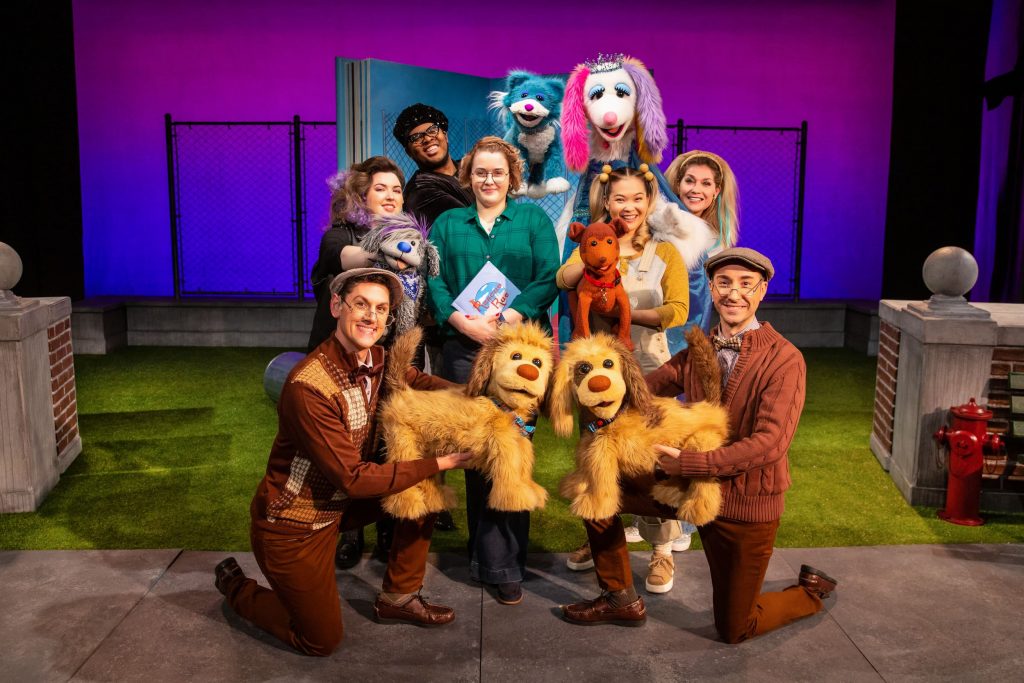 Weingarten, who will celebrate Rue’s 10th adoptaversary/Gotcha Day on February 11, hopes “Rescue Rue” helps both children and parents consider adopting their next pet.

“For people to take away that there are forever friends at their local shelters would be fantastic,” she said. “Dogs are such wonderful creatures, and they’re so full of love. At this point, I cannot imagine not having Rue in my life for the last ten years now. She’s made things so much better. It feels like the least I can do to try and give back for what she’s given me.”

“Rescue Rue” is recommended for all ages and runs through January 30, 2022 at the DR2 Theatre at 103 East 15th Street in New York City. Performers will be fully masked during performances. For more information, visit: RescueRue.com or darylroththeatre.com/productions/rescue-rue/

Manx
#ambulance 4_5 बच्चे आये#Dog And Cat Care Center#please_subscribe #doglover#like #share
Watch What I Train My Dog On a Daily Basis! Why Isn’t She Trained Yet?
Can CATS Sense Our EMOTIONS? 🐱❤️ Find out!
My Dog’s Paws SMELL BAD 🐾🐕 (Why and What to Do)