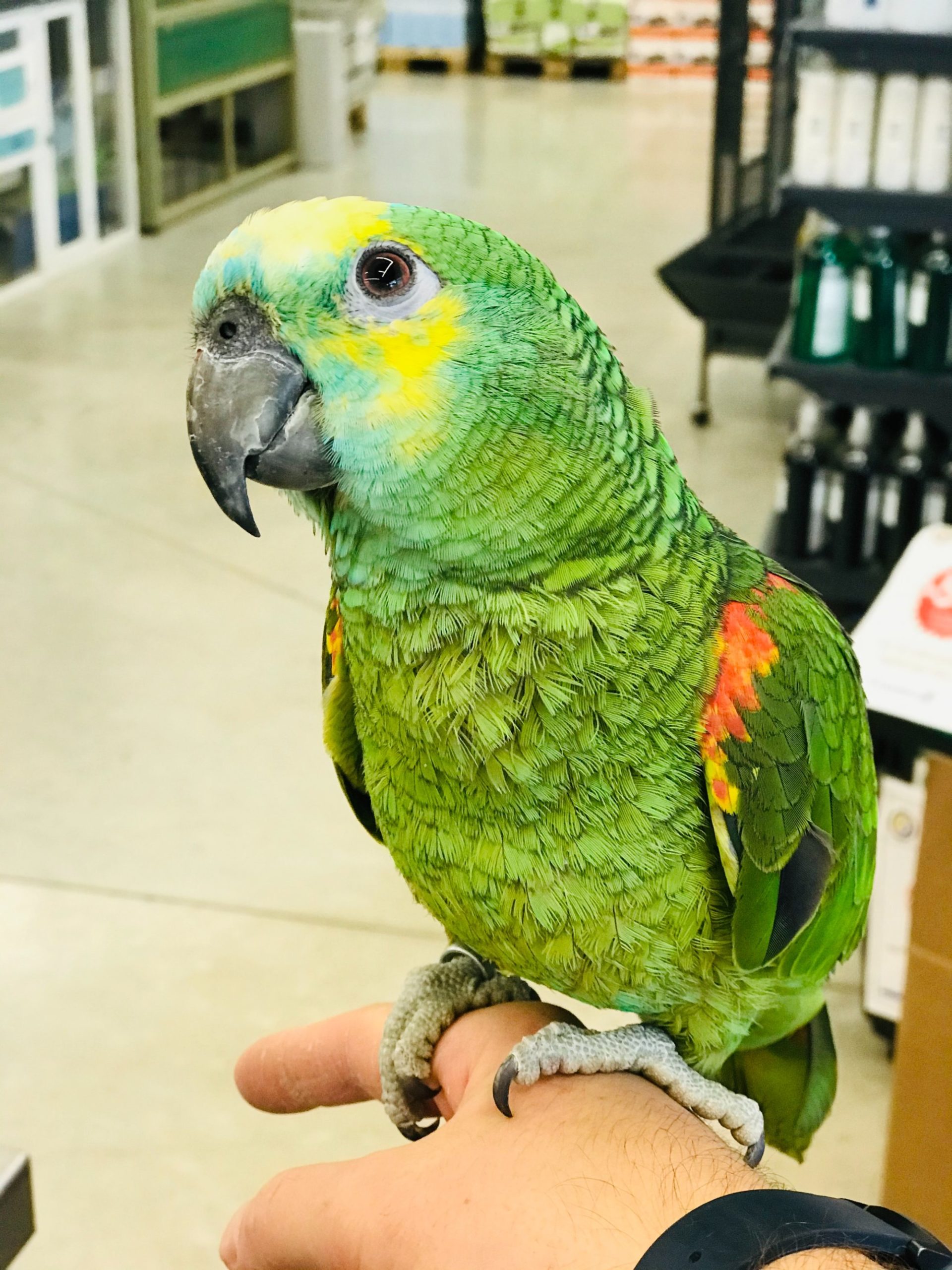 Many people who are considering welcoming a feathered companion into their family do some research to get a sense of typical behaviors, vocalization levels, care, feeding and housing requirements, and so forth. Sometimes the name comes before the bird; for others, one look at the bird, and the perfect moniker instantly comes to mind.

Avian companions are unique in that, unlike dogs and cats, the gender of the bird is more often than not unknown unless the bird has been DNA sexed, laid an egg, or belongs to one of the few visually dimorphic species of parrot, such as Eclectus parrots, where the males are a vibrant green and females a ruby red. For the most part, in most parrot species males and females look the same.

Flock dynamics can instantly change when a “male” bird lays an egg. There is no doubt now that the bird is female. It shouldn’t be too surprising that there are plenty of companion birds with what would be considered gender-opposite traditional names—like a male bird named Betsy, or a female bird named Elvis. Whether or not your bird has a “traditional gender-accurate” name doesn’t really matter; however, knowing the gender of your pet bird can be important to your bird’s health.

There can be behavioral differences between males and females, especially as a bird matures. Once a bird reaches the age of sexual maturity (which varies depending on the bird’s species), hormonal behavior can kick in during certain times of the year. The bird’s natural “breeding season” can signal increased moodiness, aggression, possessiveness, nest building, and more. Knowing if your bird is male or female can help you be better prepared for changes your bird might go through as it reaches sexual maturirty. When hormonal, a female bird might seek out dark spaces around your home to nest. A male might become more vocal and territorial.

Nutritional needs can also differ between male and female birds during the breeding season. A female bird can lay eggs regardless of whether or not another bird is around. A female bird might need extra calcium in her diet, especially if she is an excessive egg layer. Knowing that your bird is female might make you extra diligent in keeping a lookout for signs of being egg-bound, such as swelling in the abdomen, fluffed-up feathers, and general weakness.  A male with a swollen abdomen and general weakness can be an entirely different diagnosis. This information can be important for your vet to know. Awareness of a bird’s gender can also play an important role when considering housing two or more birds together to prevent unwanted breeding—having a male and female of the same species means an egg could indeed be fertile.

A Simple Test to Know Your Bird’s Sex

A lot of people associate DNA testing with discovering their ancestry. DNA testing for companion parrots has been around for years, but with a different angle. Your avian veterinarian can test your bird’s DNA to determine its sex. Typically, this requires a  dab of the bird’s blood or a few feathers sent to a laboratory for analysis. Surgical sexing is also possible, where the veterinarian will visually look for gonads (in males) or ovaries (in females), but since this requires anesthesia, it is far less common. There are also companies that offer mail-in test kits, where, again, a few of the bird’s feathers or drop of blood (where the bird’s nail is clipped just enough at the base of the quick to nick the vein so that a spot of blood can be collected on an enclosed blood card) is all that’s needed. Kits typically cost around $20. If you’re not comfortable with collecting blood or feathers from your bird, tell your veterinarian when you schedule a well-bird checkup that you would like to have your bird DNA sexed.

Regardless of whether your bird is a youngster or middle-aged, knowing its sex is one more step you can take to ensure optimum health and well-being. And think of the fun you can have with a gender-reveal party!

Were you convinced that your bird was of a particular sex only to find out you were wrong after the results of a DNA test, or that your “male” was actually a hen after laying an egg? Did it make you look at your bird and his/her behaviors differently? Do tell (in a few sentences or less) in the comment section below.