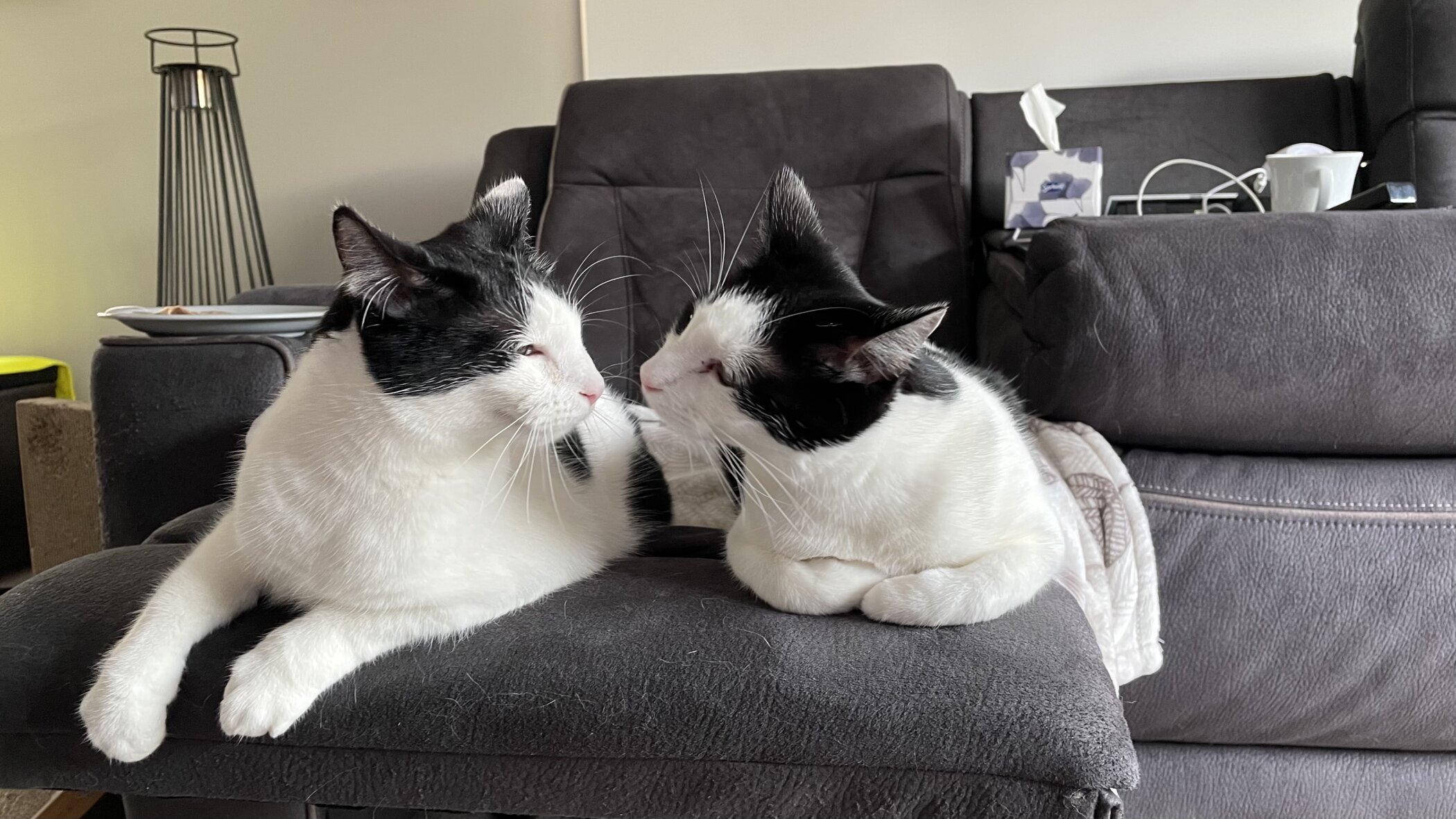 Please find below a guest story from Marie:

Bronwen and Briannah are two sisters who first came to me as foster cats when their previous carer had to let them go due to a sick cat. My first impression was of the two of us running around the house for an hour trying to catch Bronwen while Briannah was the easiest to catch. I almost gave up because she was getting stressed but I caught her with the help of a blanket.

They had both been moved around a lot in their short lives and I was determined to help them settle into a routine.

My first impression of Bronwen was a quiet, scared cat who initially avoided contact with all my cats, including Briannah.

Briannah, on the other hand was a lovable confident cat who enjoys the company of cats and people. 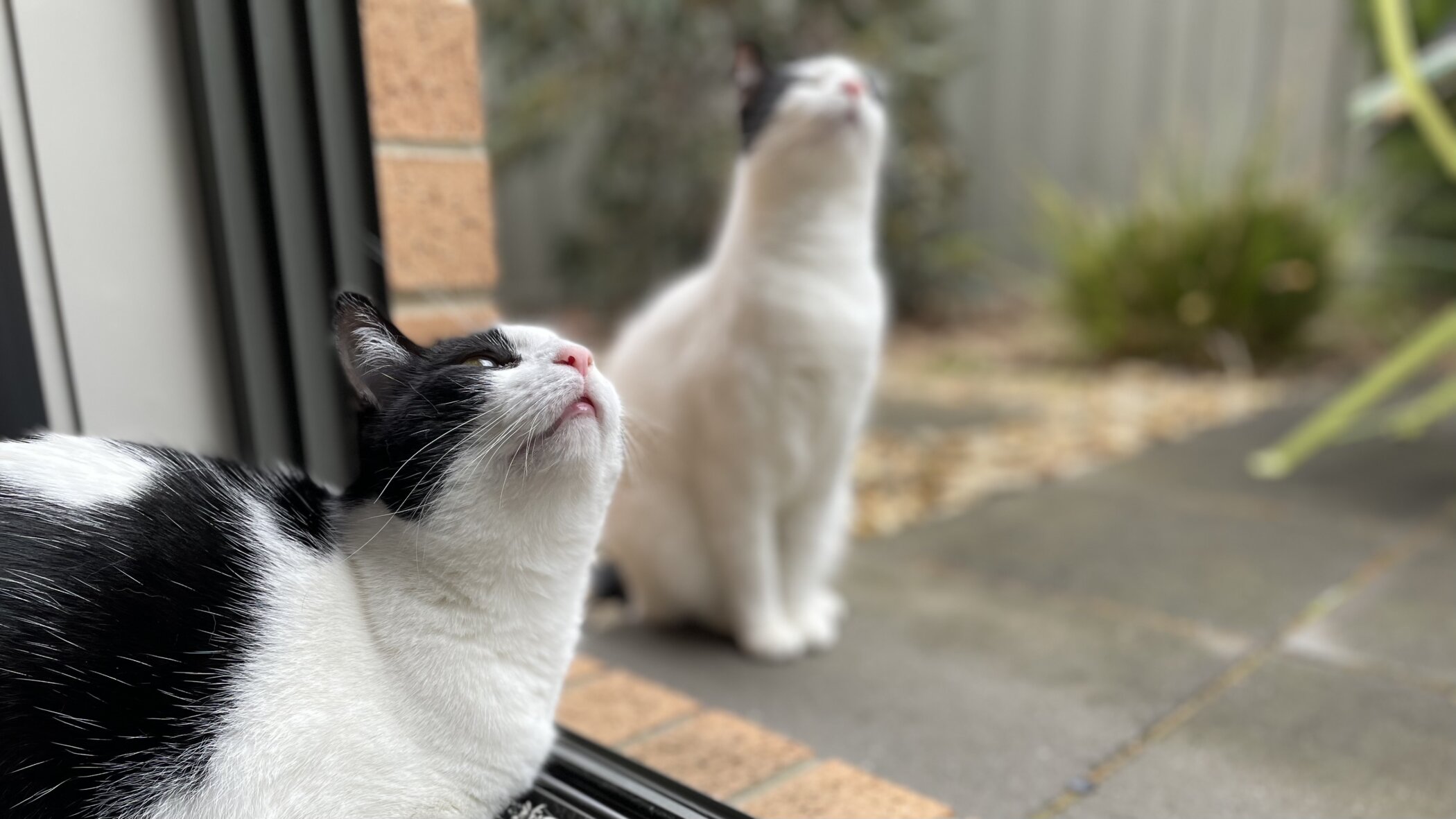 Bronwen has a soft gentle nature and at her happiest on a lap during the day, she even lies on me at night. Bronwen is very laidback, preferring cat caves and secret spaces when she needs timeout. However when it is her playtime, she can be just as active as her sister and no longer as scared as she used to be of noises. She is my constant shadow and will follow me around the house when doing chores (I hope to teach her cleaning one day).

As Bronwen loves to hide, I covered a stool with a blanket and her favourite trick is to jump out and attack Briannah or to catch toys from underneath. 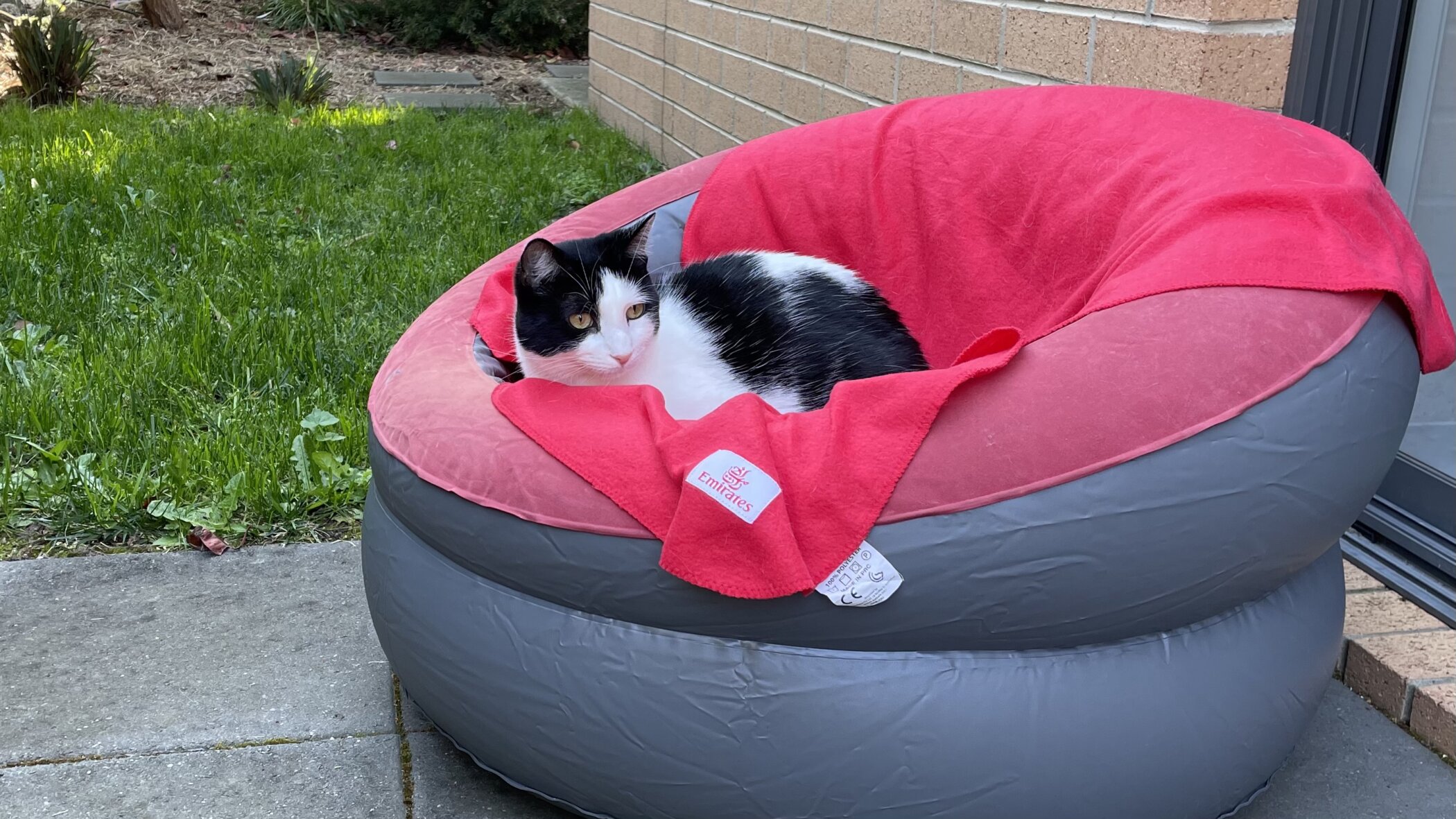 Briannah – She is a confident cat for a female and will happily play with my other cats; she gives as much as she gets despite her smaller size. She bothers them sometimes by wanting their attention too much but she backs off when they hiss at her. Briannah wants to be more affectionate and when I cuddle her she will lean in for a second before she wants to be off playing. Briannah loves her food and I have to watch her weight as she will eat from anyone’s bowl.

It didn’t take long for them both to settle and it quickly became obvious that they wanted to stay with us. A couple had come over to visit with a view to adopt them and when they had left, both Briannah and Bronwen seemed very sad and curled up in a corner. I knew then that I couldn’t let them go and adopted them myself.

It has now been one year and I am very pleased to see all cats getting along and seeing their confidence growing. To have four cats in one home is not always easy but they get along most of the time and I wouldn’t have it any other way. 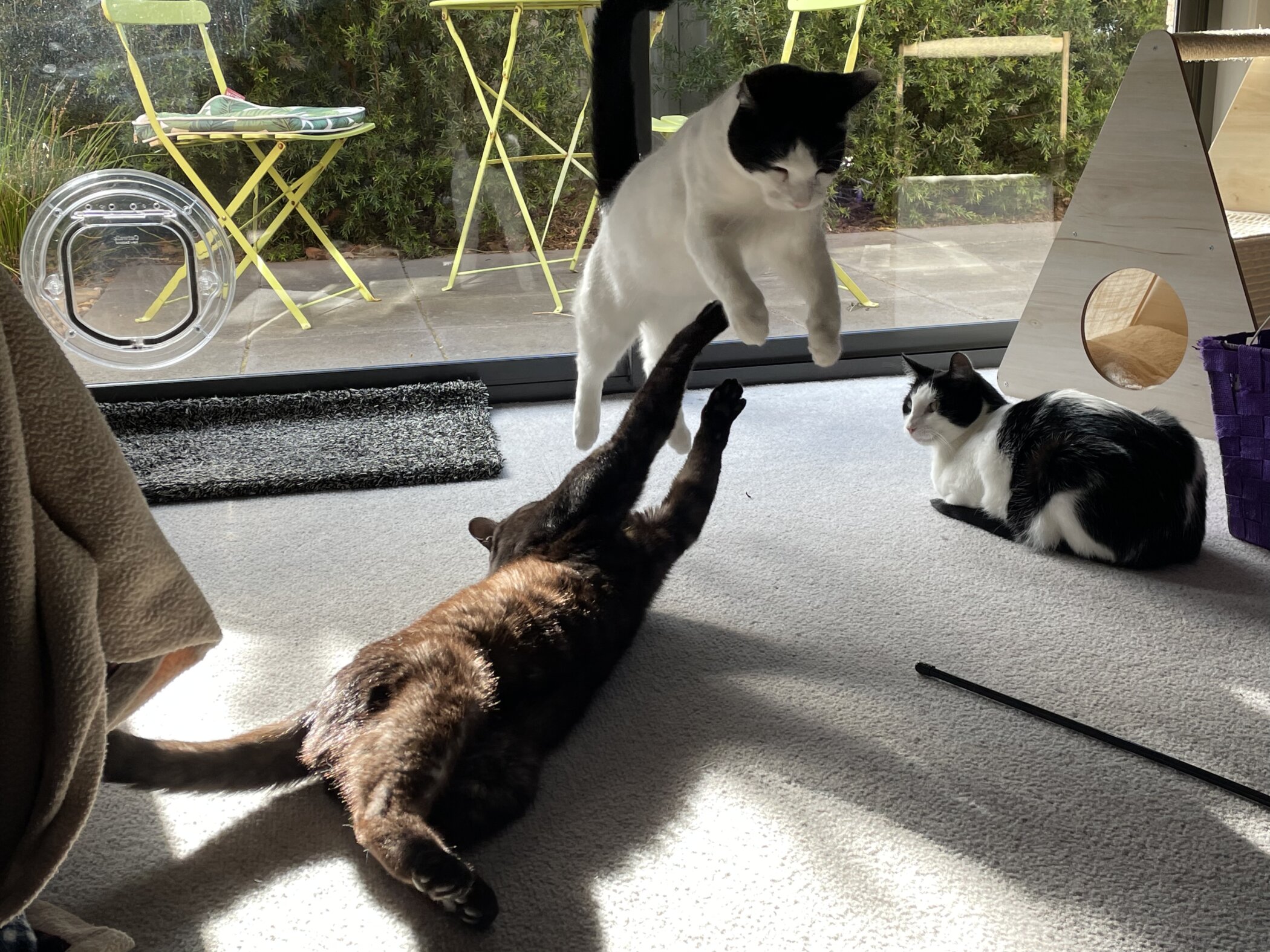