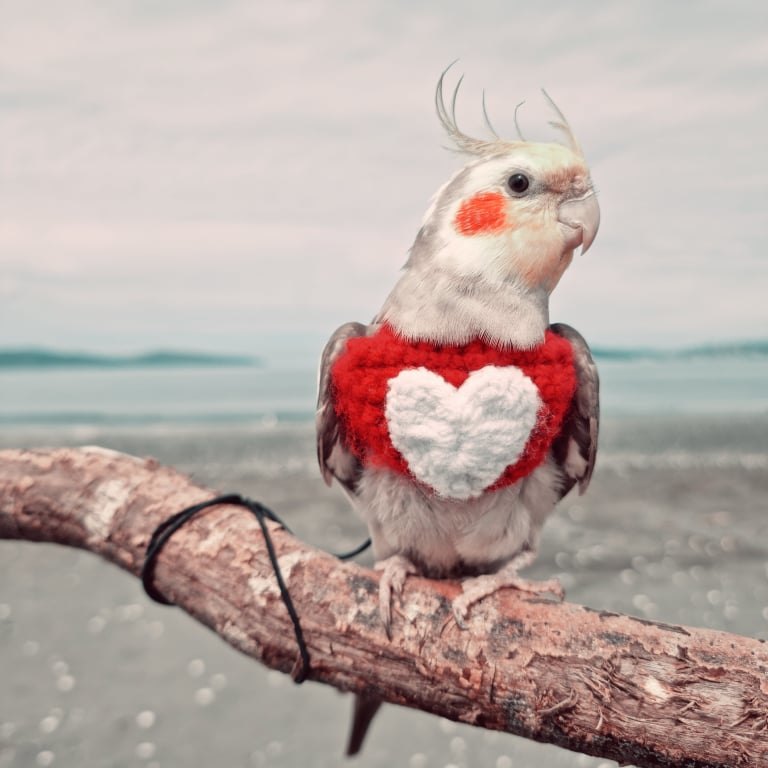 Nature employs its own immutable rules as to how it moves forward. It does as it wants with little regard to the inhabitants of the world. As living and breathing elements that live within the sphere, all things must adapt if they are able. Even living entities create their own sets of rules within the conformity of nature to ensure that survival is key. But often that results in unfortunate incidents much like the one that Ollie the Cockatoo has endured.

As a young chick, Ollie was attacked by his father in the nest resulting in a mangled leg that was dislocated and twisted backward. Other wounds incurred by the attack were concerning. The initial thought was to euthanize the chick, but it was decided that the chick be allowed to pass on its own. Except Ollie was having none of that. Instead, Ollie rebounded, and despite his obvious handicap, Ollie developed completely unhindered by the disability. As of this writing, Ollie is 2 years old and as vibrant as can be.

Ollie lives with his “hoomum,” Robyn, who runs Huntington Stable Retreat, a Bed and Breakfast in Cambridge, New Zealand. Robyn also runs Bird Rescue Cambridge. Recently, it was bandied about that Robyn and Ollie undertake a complete walk on the Te Araroa Trail located in New Zealand at Cape Reinga. It’s roughly over 1,800 miles in length with one 917-mile straight-line trail that ends in Bluff. The intended purpose of the travel was to raise awareness of the need to get out and explore, as well as provide some needed contributions for the upkeep of the trail. A Facebook page, and an Instagram page were created to monitor and document the trip as well as other aspects of Ollie’s beautiful life.

As it turns out, the Covid pandemic and all the concerns that come with it have disrupted the continuous walk. But they still find the time to visit towns and other locations along the trail albeit in parts. The goal is still there to urge people off their couches and into nature to enjoy the sights, sounds, and freshness of the experiences that can be had. A funding page has been started at GiveALittle with the received funds being given to the Te Araroa Trail. You can visit that page here. You can also learn more about the Te Araroa Trail here.

Not only do we love a story of a bird fighting back from seemingly catastrophic odds as Ollie had, but we also love to see how they thrive despite disabilities that are great hindrances to normality. Ollie doesn’t seem to notice his, which we love even more. We wish the absolute best for Ollie, who looks adorable in all the knitted pieces that he wears.

How to Transition Dog Food
1 HOUR OF FUNNIEST CAT VIDEOS 2022 |Aww Pets
How Do DOGS Know You LOVE Them? 🧍‍♀️❤️🐕
Funny cats and dogs video #24🤣
Dog Stuck In Shelter Over 1,000 Days Can’t Stop Kissing His Family | The Dodo Pittie Nation