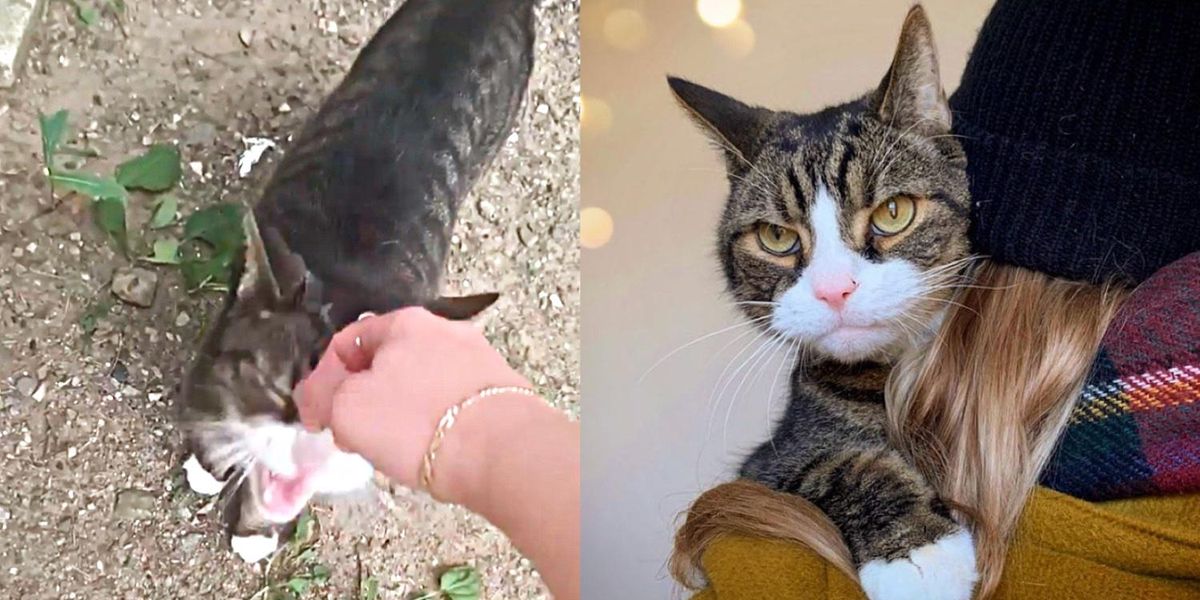 A cat came back to the couple who were kind to him after he was left in the streets. 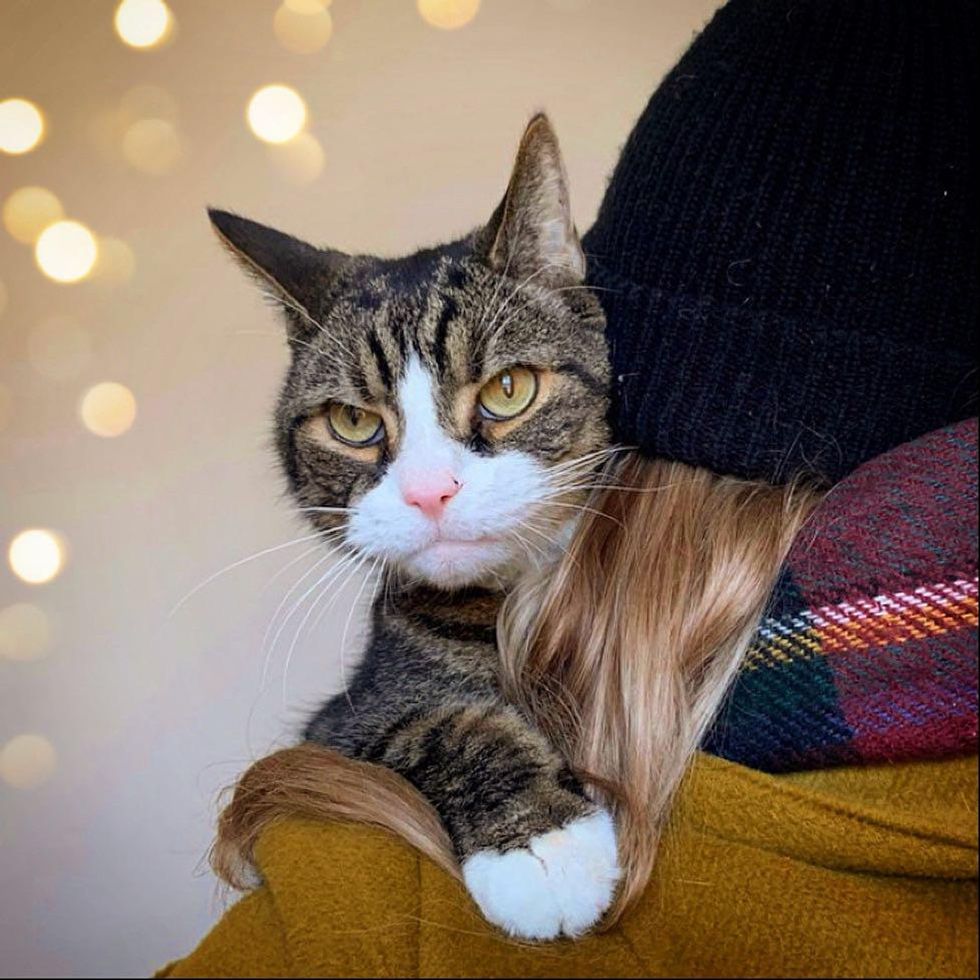 Steph and Francis from Montreal, Canada spotted an older cat in their backyard one night, scrounging around for food.

He reminded them of one of their kittens named Pruno, so they lovingly named the tabby Granpruno. When they stepped outside to check on the cat, he came running to them.

“He was looking for snuggles and was happy to get some attention. He came up to the couple as soon as they called to him,” Celine Crom of Chatons Orphelins Montréal shared with Love Meow. 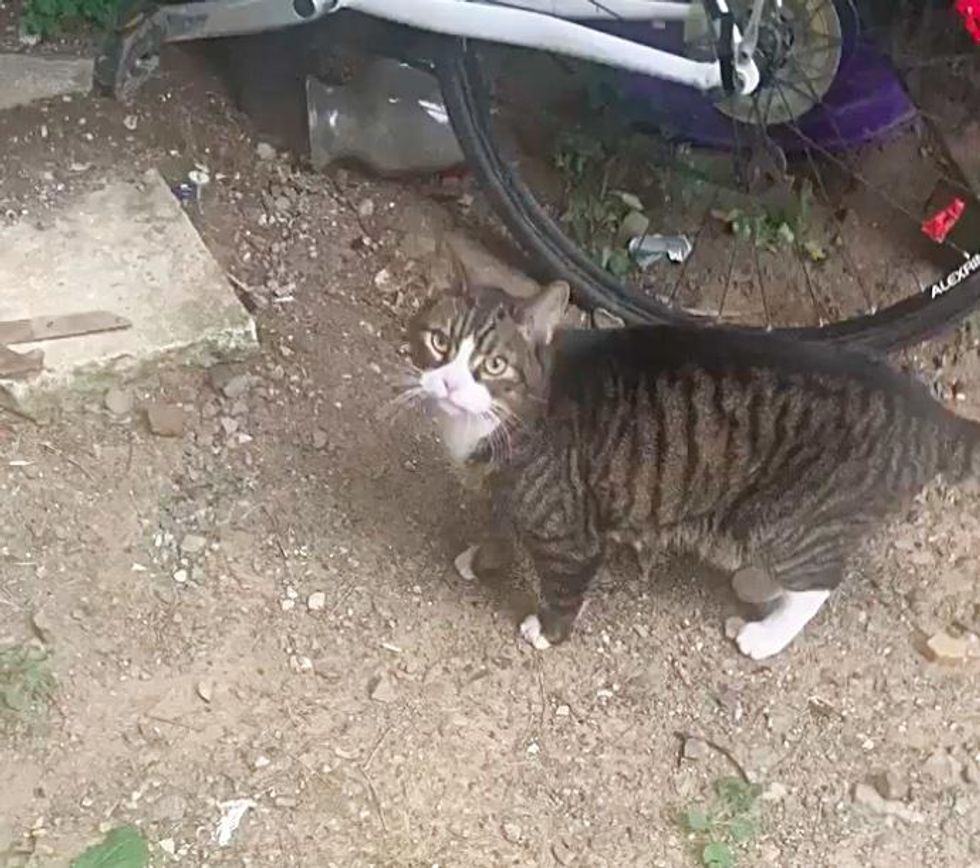 He was found in a backyard looking for food

Thinking that the cat might have a family, the couple decided to leave food and water outside while keeping an eye on the sweet tabby. Granpruno came back for a few days for food and pets, but didn’t return in the following weeks.

“They looked in the backyard every day for him. Then one evening, when they were taking out trash, they were surprised to find Granpruno rummaging in the garbage, and he didn’t look well.” 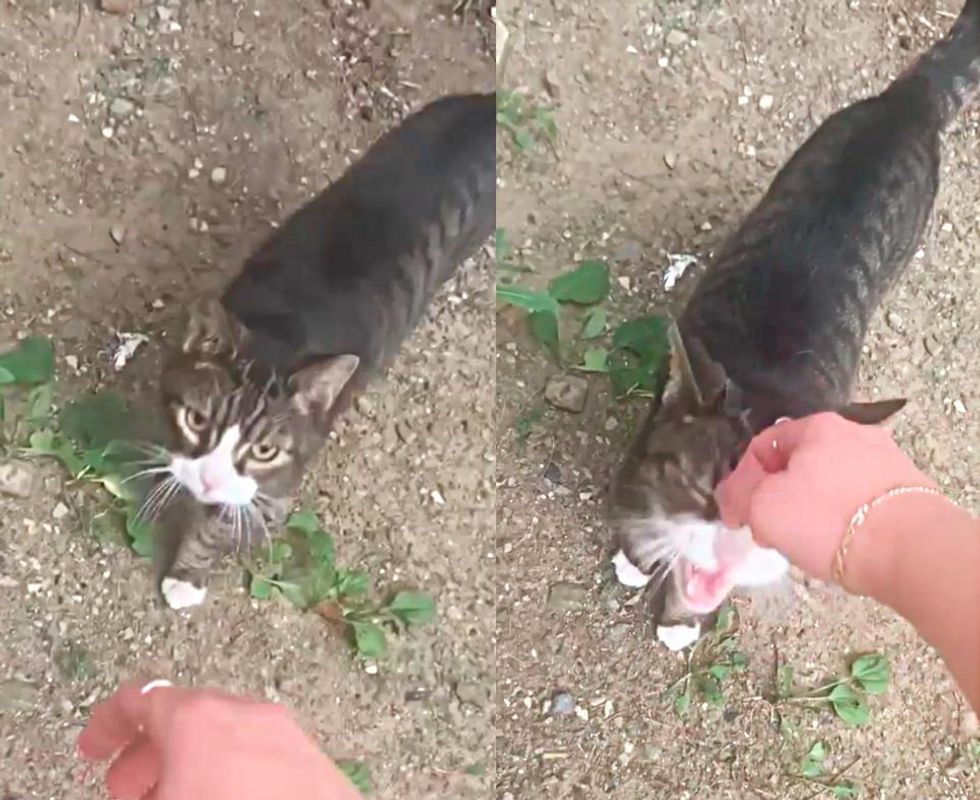 He walked up to the family for attention and pets

The cat had lost a lot of weight and was very fragile. He saw the couple and trudged towards them as if he was glad to be back with them. They scooped him up and brought him inside.

Granpruno was so hungry that he scarfed down all the food in one sitting. It soon became clear that he had been abandoned and that he needed immediate medical attention. 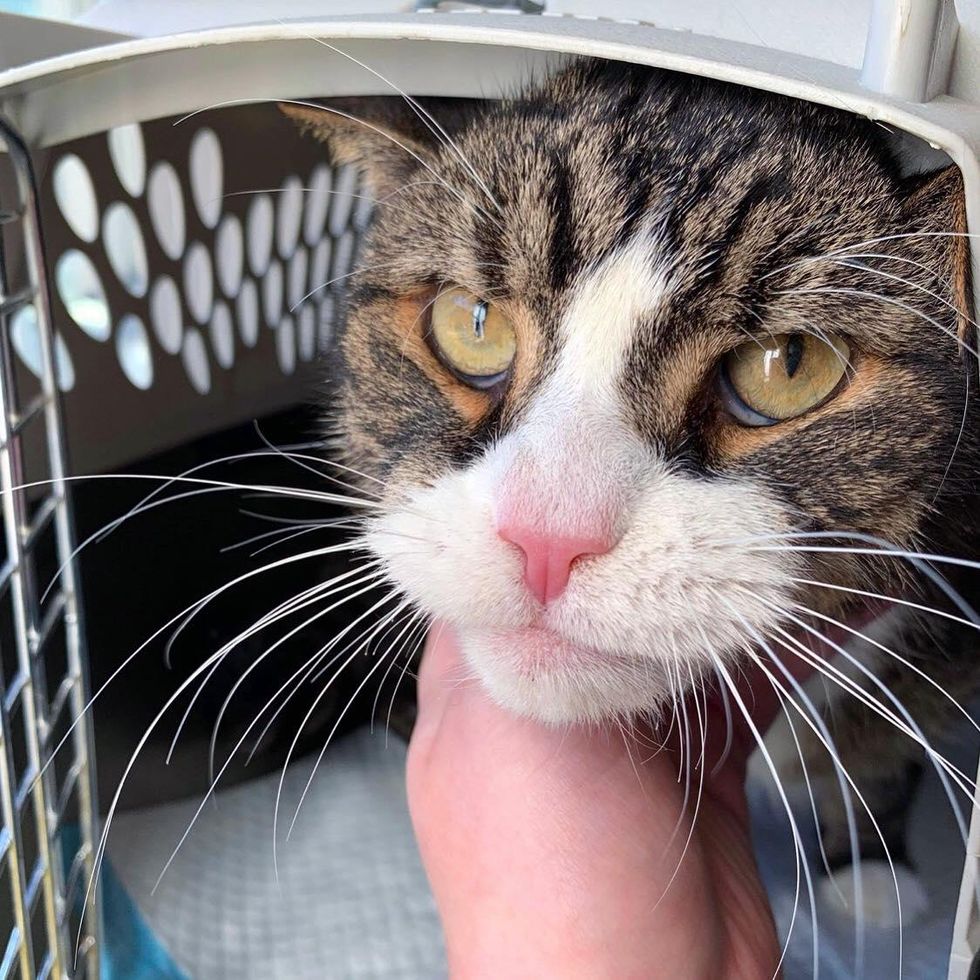 The couple who volunteer for Chatons Orphelins Montréal, took him to their local rescue for help. The vet estimated him to be nine years old.

“Test results showed that he had hyperthyroidism, which is believed to be the cause of his decline. He started treatment straight away and has been doing well since,” Celine told Love Meow. 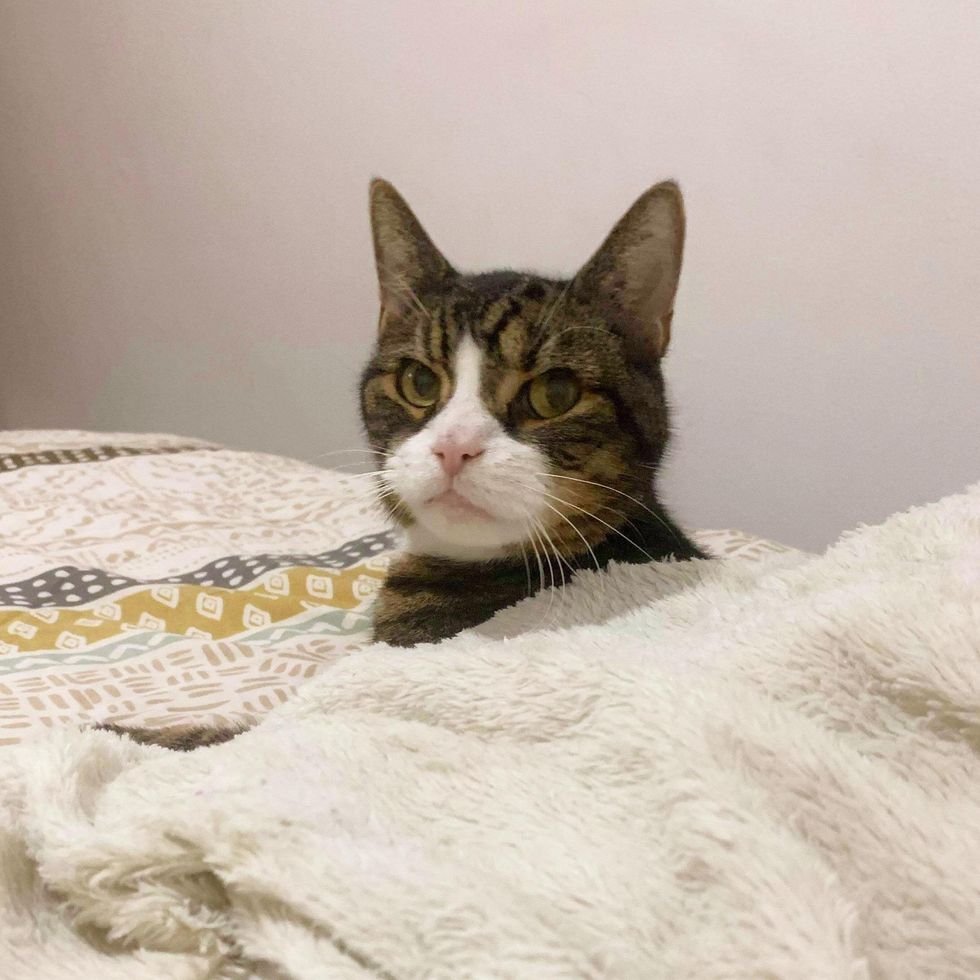 “He went back to Steph and Francis to be fostered, and immediately found his place on their bed. He loved other animals and was friendly to everyone.”

Watch Granpruno’s journey in this video:

Granpruno is still a kitten at heart. As soon as he got back on his feet, he was ready to be doted on by his people. 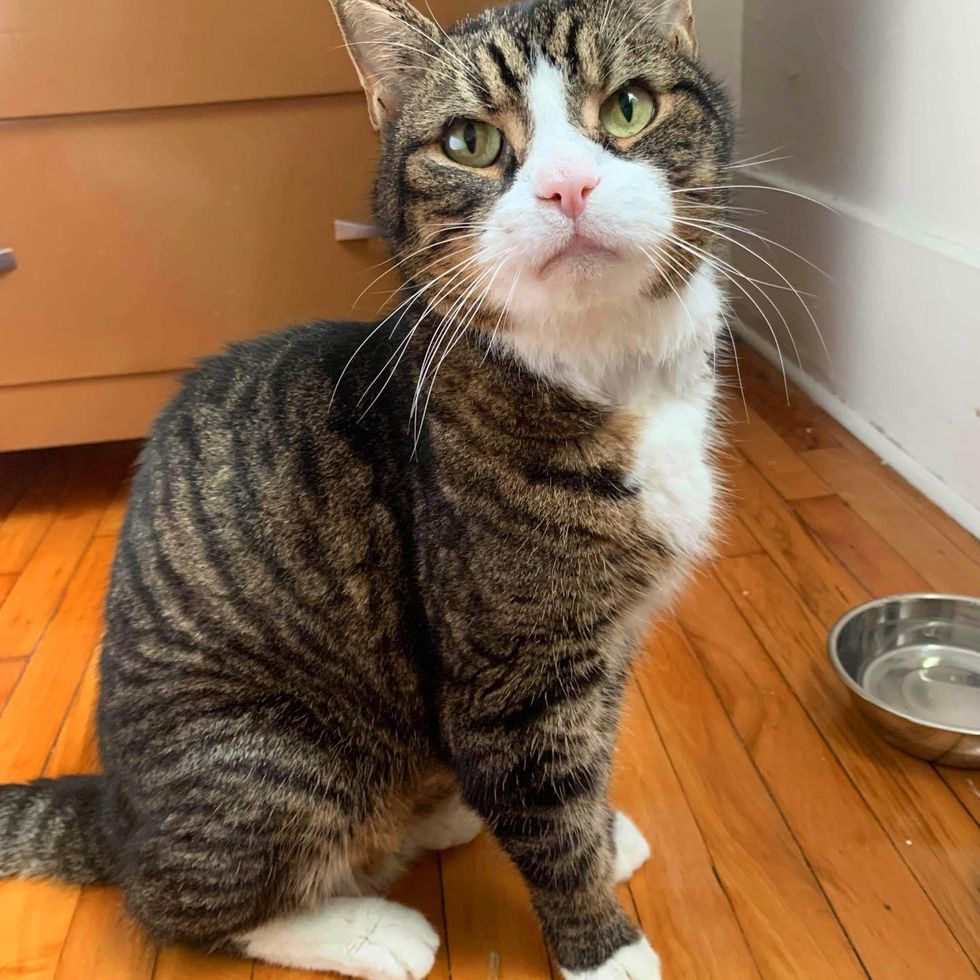 His thyroid issues have been stabilized, and with a clean bill of health and a roof over his head, Granpruno is having fun again as an indoor cat.

“He is very gentle and affectionate. He likes to tell his humans about his day and demand cuddles. He will roll on his back for belly rubs and run after feather toys like a kitten.” 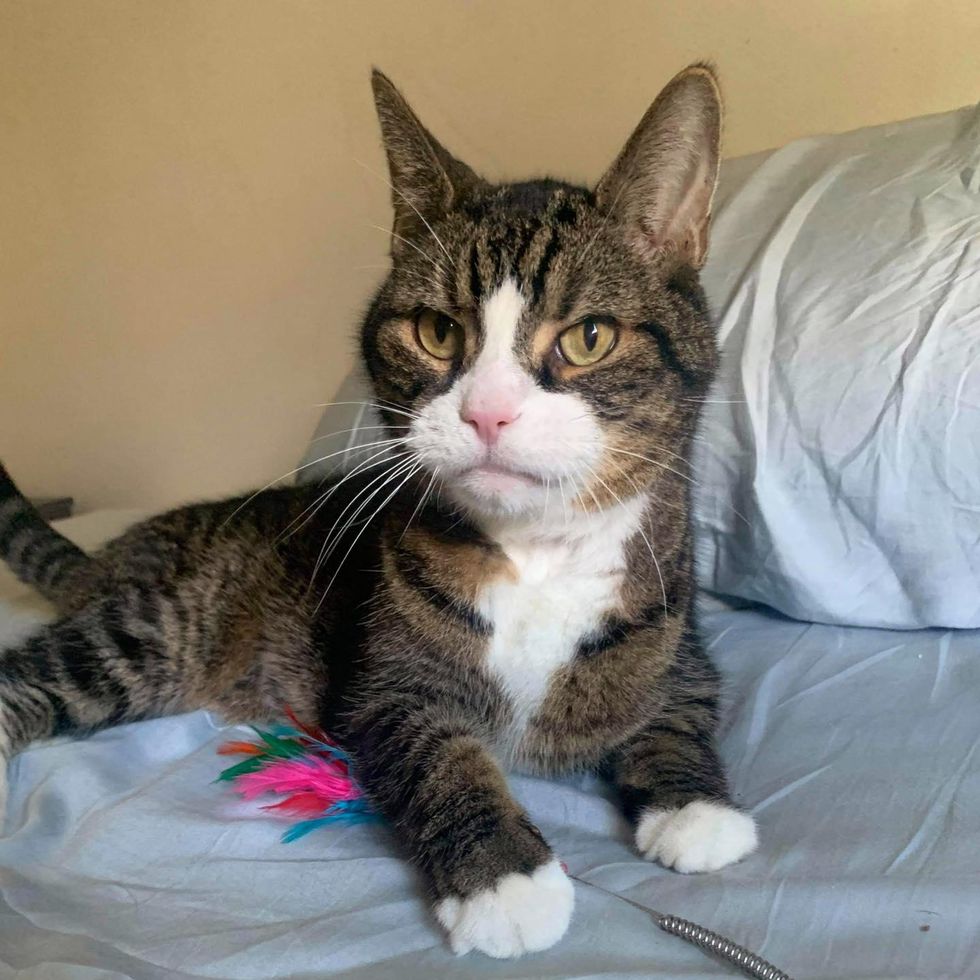 “He always wants to be close to his humans and follows them everywhere to see what they are doing.”

Granpruno was afraid of the cat carrier when he was rescued, but now he is confident, living everyday to the fullest and even taking walks with his humans. 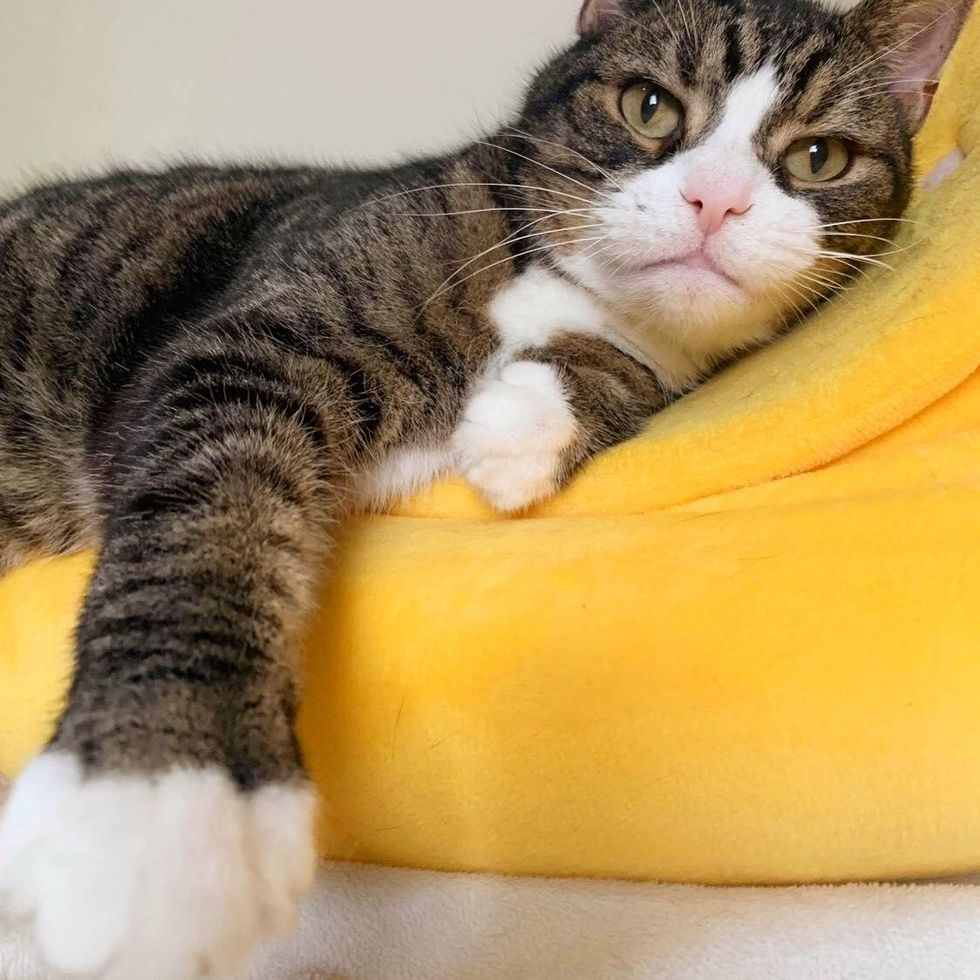 He has blossomed into a big teddy bear who craves constant affection.

“Steph called and told me that Granpruno is happy with them. His health is under control, and they would like to be by his side for the rest of his life. I cried happy tears,” Celine shared with Love Meow. 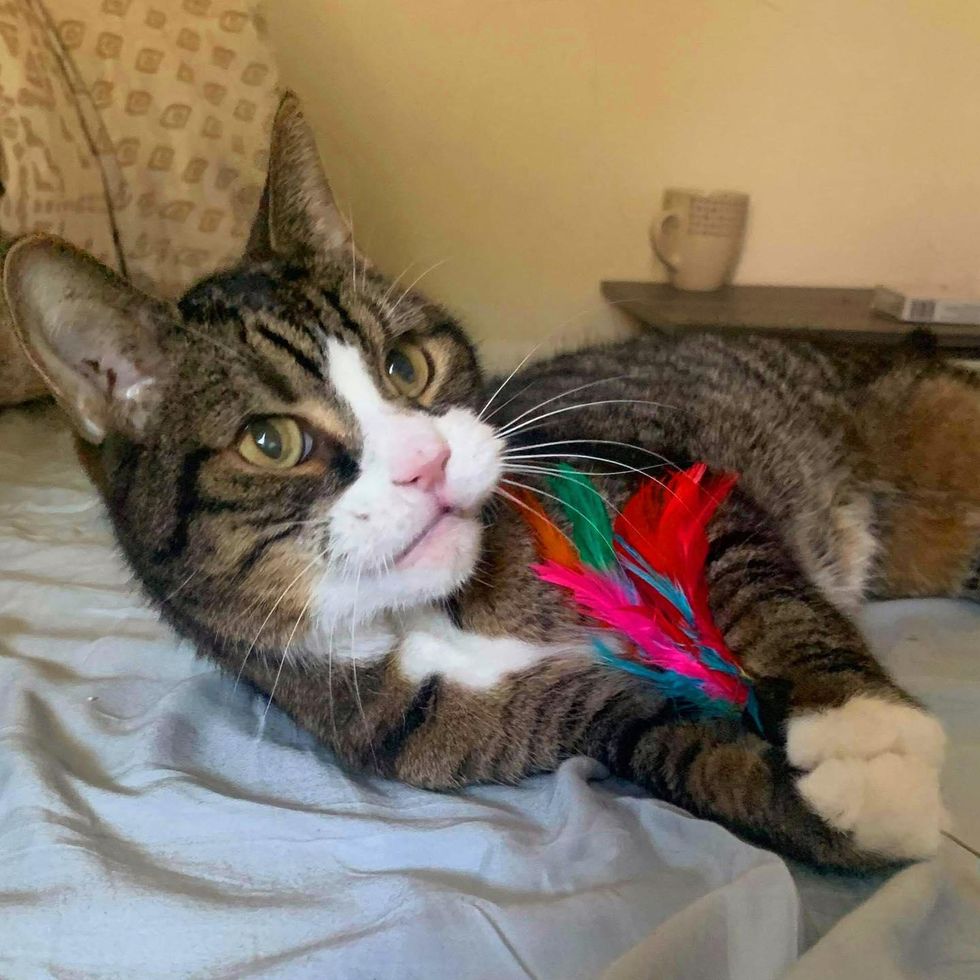 After wandering the streets and surviving the outdoors, Granpruno is where he belongs with his loving forever humans who saved him from life on the streets. 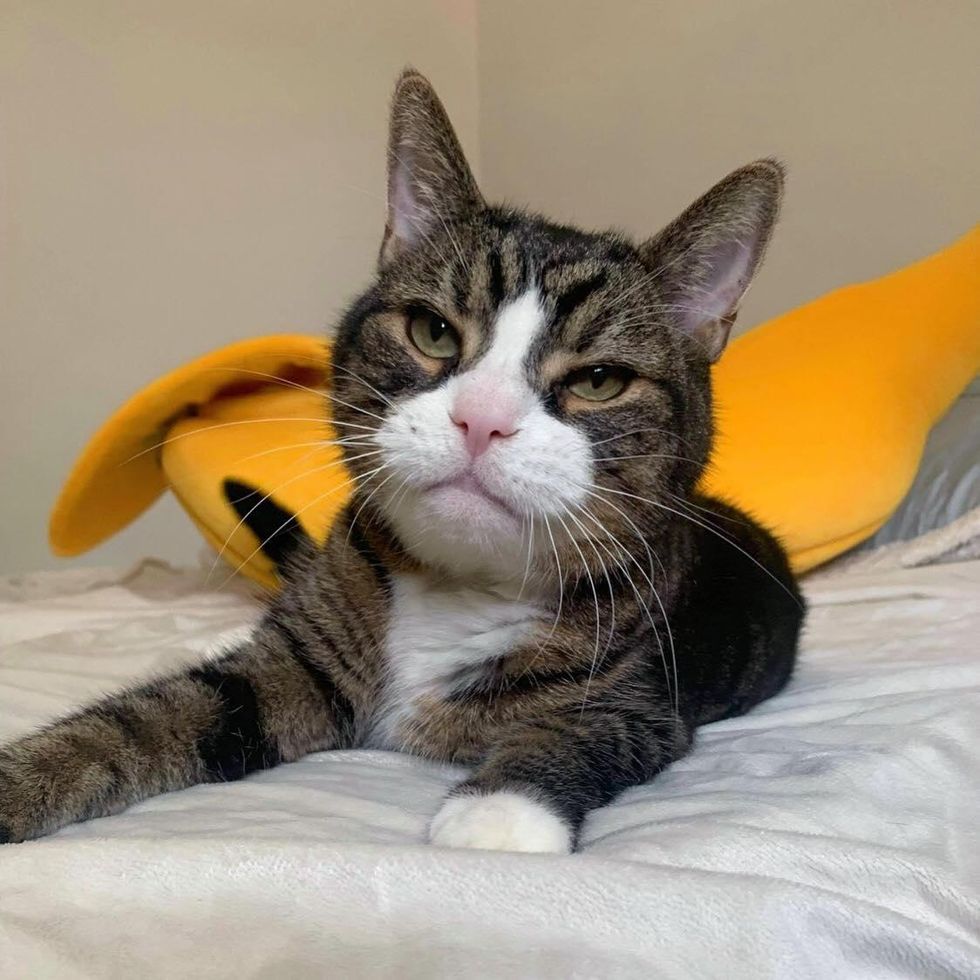 Related story: Cats Who Raised 8 Kittens Together, Wait at Glass Door at Shelter Every Day