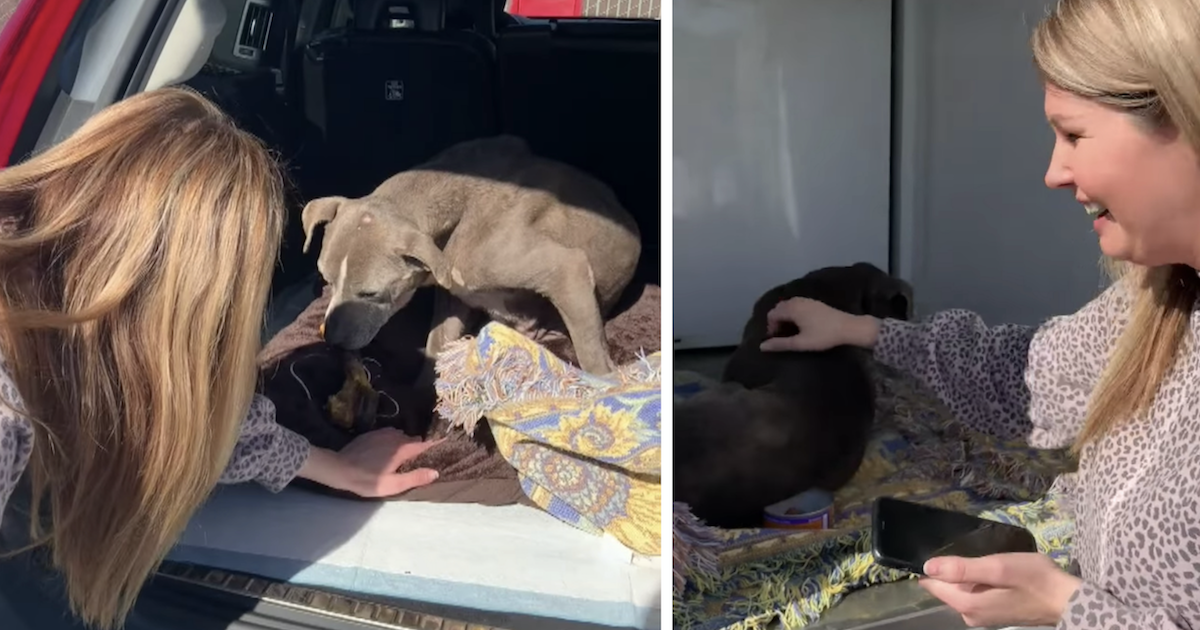 Michelle brought Zoey and her sister home from the animal shelter when they were only six months old. They quickly fit in with the family, but Zoey’s time with them came to an abrupt end. Only six months after her adoption, Zoey went missing. Despite Michelle’s efforts to find the pup, years went by without any hope.

12 years have passed since the pup disappeared. Sadly, Zoey had been gone for as long as the average dog lifespan. So, the family gave up hope that she’d return, thinking she probably passed away. But in 2022, a miracle happened.

The San Joaquin County Sheriff’s Office received a call about a senior dog who was alone on a rural property. The person on the phone said the dog looked “old and unwell.”

Animal services officer Brandon Levin picked up the dog and scanned her for a microchip. To his surprise, her microchip was linked to a family that had marked her missing 12 years ago! Her name was Zoey, and she had spent almost all of her life away from her humans.

“Zoey had been missing for so long, in 2015 the microchip company had actually listed her as ‘deceased’ in their records,” San Joaquin County Sheriff’s Office wrote on Facebook.

Michelle had moved since the last time she’d seen Zoey, but her number was still the same. So, officers reached out to her to share the shocking news.

A Facebook video shows the moment Michelle reunited with Zoey for the first time in 12 years. Michelle had been able to pick her up that same day, so the pup didn’t have to spend a single day in the shelter. Zoey doesn’t seem to recognize Michelle, but that’s understandable considering how much time has passed.

Michelle said that Zoey hasn’t grown much since she was a puppy, and of course, she’s still cute. In the video, Zoey is curled up in a pile of blankets, trying to nap.

“Honestly, I’m still in shock,” Michelle said. “I definitely didn’t expect this to ever happen so I’m really excited.”

Michelle said she’s thrilled to bring Zoey home and help her get healthy again. The family currently has another senior dog that Zoey can play with. If Zoey could talk, she’d probably have a lot to say, but instead, we’ll just have to wonder where she’s been all these years. At least she’s finally getting the love she deserves again.