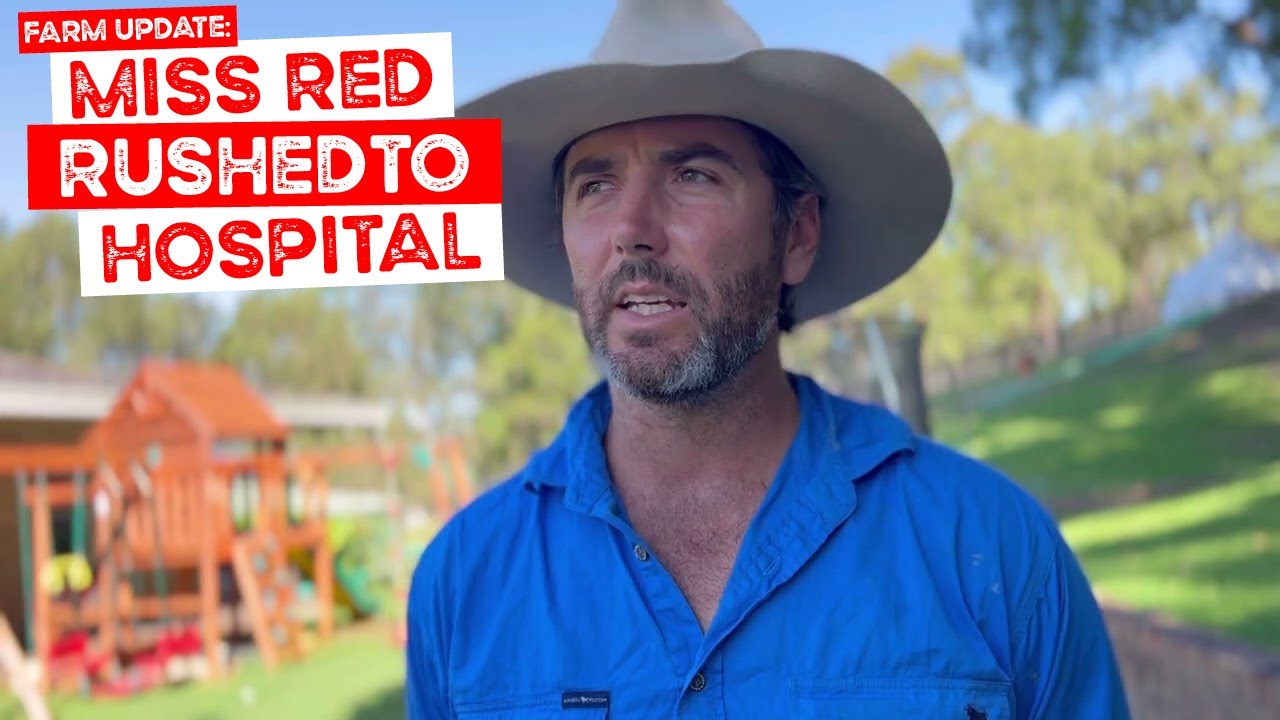 Miss Red was not herself yesterday and by the afternoon it was apparent that something was quite seriously wrong with her.

We rushed her to our local emergency animal hospital yesterday afternoon and this morning she was diagnosed with a genetic autoimmune disease. It’s not common but isn’t contagious or something she has caught herself. We’re simply thankful she got to hospital when she did because we were told she would not have survived if gone untreated.

She’s now getting the treatment she needs, and is going to be fine, but will likely need medication for life.

Shadow (Miss Red’s Mum), who was left to starve and die tied to a bathroom pipe had a litter of 9, which particularly has not had a very healthy outcome. Two puppies didn’t survive birth, one has a neurological issue and now one has an autoimmune disease.

It brings about a bigger issue and It’s really hard not to bring it up, seeing as we’re literally engrossed in it with all the puppies in our care at the moment. The issue is backyard breeding, desexing/neutering and ‘accidental’ litters. Over the last 5 months we’ve cared for 39 puppies directly from backyard breeding and dogs not being desexed. And this is just one small rural region for just ONE rescue organisation; Central Coast Animal Care Facility.

Is it just us, or does that not sound shocking? One rescue! We were told by the rescue that number is on average 150 puppies a year! For just one rescue!

Just last week, a local group page in our valley had a resident post an advertisement for a litter of puppies. The post used words like ‘I’m helping a friend’ ‘find forever homes’. Not the words ‘selling’ or ‘for sale’ or a cost etc. Simply DM the person for details. Initially we thought the best of the person and contacted them referring them to the rescue organisation to help her find ‘forever homes’. But the reply came quickly that no they were selling them, and not trying to find them homes the right way.

So it got us thinking, many of us probably see these posts often on Facebook in groups that we’re in. Local groups like this one, maybe dog or breed groups. But what is actually the law on these posts? The law in the state that we live in, which is NSW, Australia, is that you cannot advertise the sale of, or give away a dog unless you list one of the following registration numbers. You need to either list a registered breeder number, a microchip for every puppy in the litter or a rescue organisation identification number. What are the rules on Facebook? It is forbidden entirely to sell an animal on Facebook and it’s also forbidden to put up for adoption or rehome an animal, unless you are a registered rescue organisation. That pretty much means no one other than registered rescues can post an advertisement selling or giving away puppies on Facebook, and that’s internationally.

Social media posts are how these animals are most often being sold and continue the problem, but what can we do? Firstly, don’t buy a dog/puppy/animal online unless it is a rescue organisation or registered breeder. If you see an advertisement that doesn’t have the right information report it. If it’s in a group page, you can let the admin know that it’s not allowed. Facebook does close down groups for allowing these posts, often without warning, so by letting your admin know about it, is helping your group community do the right thing, but it’s also protecting it from being deleted by Facebook.

In our state of NSW you can report the person and post personally to the Animal Welfare League NSW who investigate and fine individuals up to $5,500 for such a post. Here’s the link to report such posts in NSW:

If you are in another state in Australia or another country, and know the law regarding this issue, please feel free to share it in the comments for others to be aware of.

We don’t have a massive following but it’s almost 400k across our socials, and we know you’re all very passionate about dogs and their welfare, so maybe together we can do our little bit in fighting this very big international issue.

And support the rescues. This is surely the big lesson we have learned doing all this … our hard working, animal loving, kind hearted, selfless rescues are overloaded, under supported and downright struggling every day with the responsibilities of our local areas.