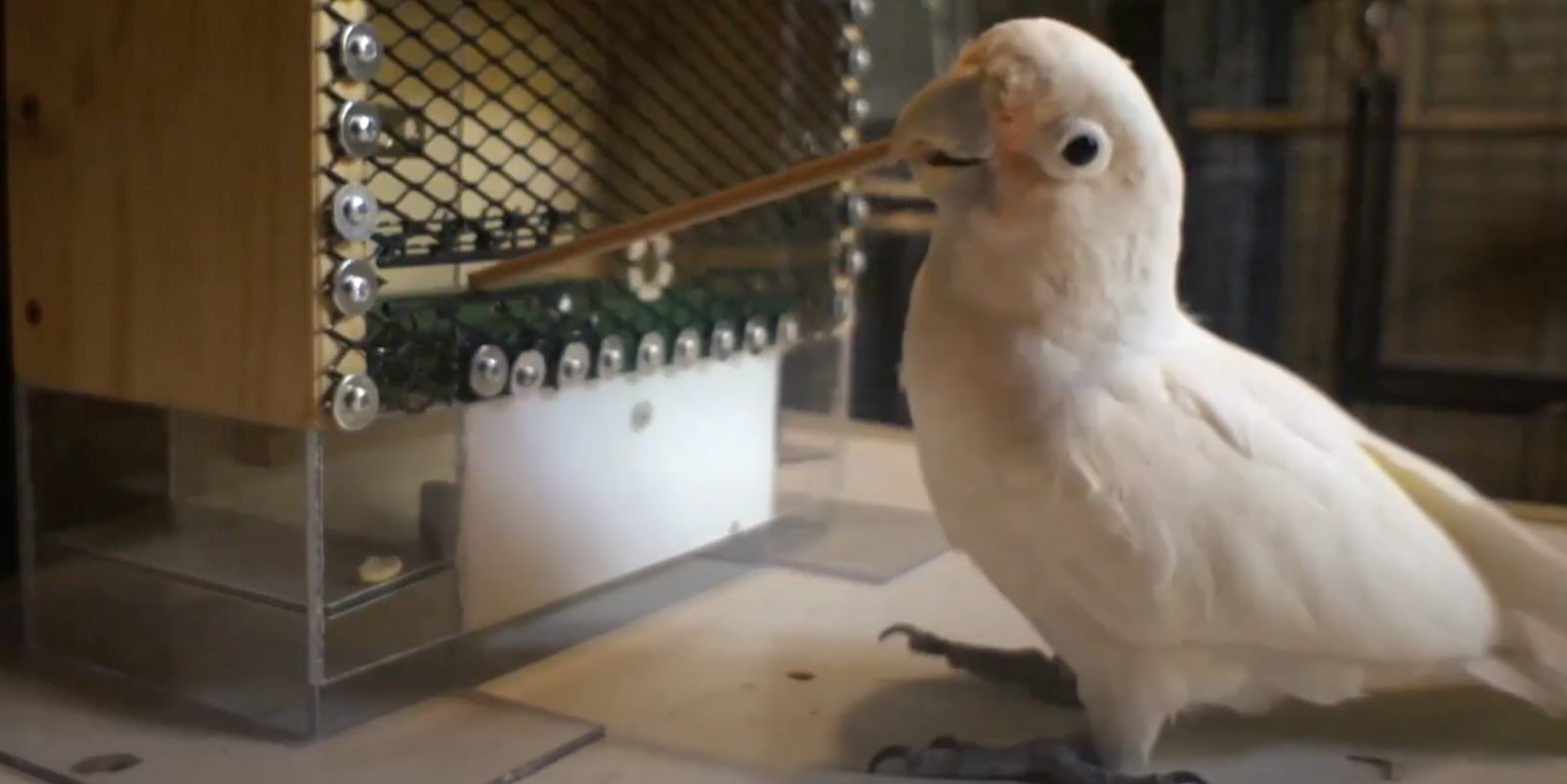 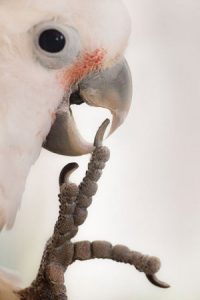 Golf is a popular worldwide pastime that has millions of fans heading to exotic and challenging courses. Golf has even spawned a secondary pleasure popularly known as Mini-Golf, itself a challenging but leisurely stroll around imaginative courses found in play-areas and on cruise ships. These are experiences that are sought after by humans to unwind (or to compete as it may be). Now imagine a parrot getting interested in the sport. Impossible? I’m not so sure about that.

A while back, it was reported that a smart cockatoo by the name of Figaro had fashioned tools to extract nuts from a box. Figaro is a Goffin’s cockatoo who lives at the University of Veterinary Medicine in Vienna. His home is referred to as the “Goffin Lab.” Not long after this refined skill had been developed by Figaro, several of his cockatoo buddies learned how to do the exact same thing by observation.  What came of this was the amazing realization that tool-crafting did not exist solely in the realm of primates and humans. Birds could do it, too!  New studies on tool use in the wild by various birds were launched and more commonly observable than previously thought possible.

As newer studies emerge with different tasks being presented to cockatoos, one recent study was published to detail the ability of cockatoos to play golf. Essentially, the study was produced by attempting to test the ability of Goffin’s cockatoos to utilize two separate tools in conjunction to achieve the desired result. The test was referred to as the “Golf Club Task” whereby the bird was taught to use one object to control the second object. A successful attempt by the cockatoo yielded an immediate reward. After this, a newer study was undertaken to determine if – as in previous scenarios – these observable tricks can be learned and undertaken by other cockatoos.

The Golf Club Task is a constructed box with its floor outfitted with carpet. The box has two openings, one on either side. One of the sides has a reward placed at it to bait the procedure. To acquire the viewable reward, a ball is dropped into the playing field via a tube at the top of the box. The cockatoo positions at one opening and uses a stick to maneuver the ball to the other hole (with the reward). When the task is completed, the shelf that holds the reward collapses and the cockatoo can retrieve the reward.

There were nine cockatoos used in this test. Of those, three completed the puzzle resulting in nine consecutive successful efforts. Figaro, the first champion of the tool in the previous study was the first to complete this puzzle by his fourth attempt. Even so, he easily picked up on the challenge in his first attempt. He even was able to improve upon his procedures. His first trial took him a little over eight minutes to achieve while his tenth trial took him slightly over 5 seconds.

The use of tools by Cockatoos in the wild is not something they regularly do. But in captivity, Goffin’s Cockatoos have become extraordinary in learning and adopting these new skills to achieve end results and rewards. In fact, it was observed that these birds can improve on the puzzle solution over time. We are continually finding our birds, especially Goffin’s cockatoos, to be much more proficient in complex tool usage than we thought beforehand. It will be interesting to see what comes after this for Figaro and his compadres. You can read a detailed abstract of the study as well as watch the amazing feat.