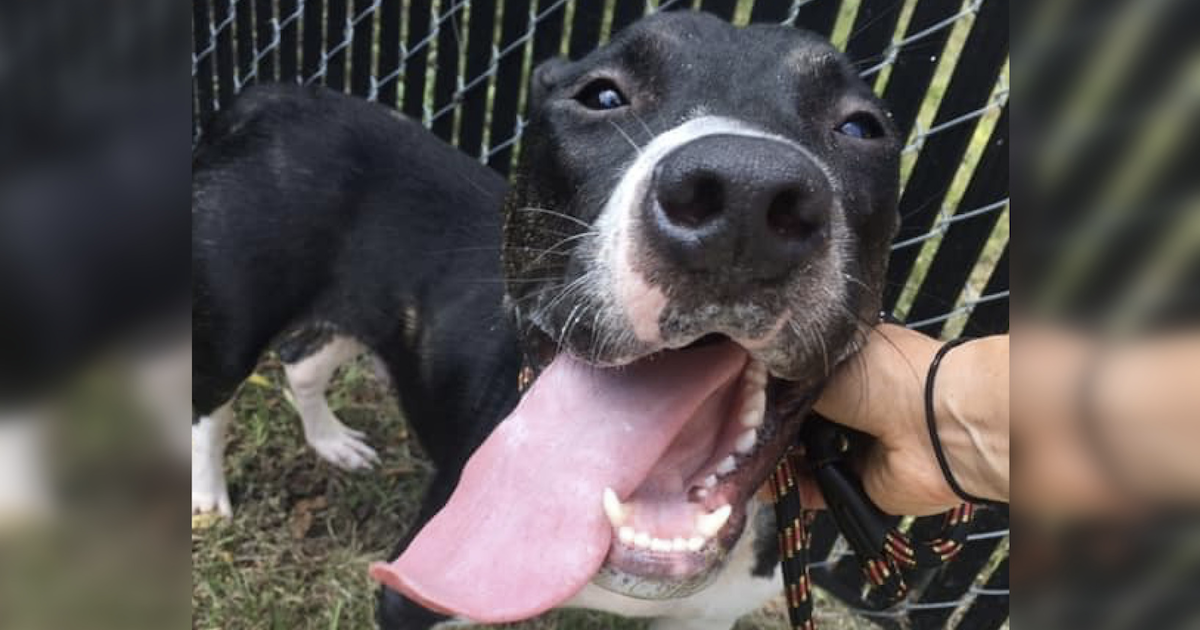 In 2019, a dog known as Surge was abandoned amid the floodwaters of Hurricane Dorian. The now three-and-a-half-year-old dog is lucky to be alive, but she had to overcome a lot of trauma. While she survived, not all of her loved ones did.

Surge’s heartbreaking past hasn’t helped her find a forever home. After more than two years of searching, Surge is still waiting patiently at the Saint Frances Animal Center in South Carolina. The shelter hopes that a wonderful family will soon take a chance on this special pup. If anyone deserves a loving home, it’s her!

During Hurricane Dorian, someone tied Surge to a tree and left her to drown. To make matters worse, newborn puppies were huddled around her. Sadly, all the puppies died as the floodwaters rose.

The following day, a neighbor spotted the dog sitting chest-deep in the water. Her lifeless puppies floated around her. The witness was horrified and contacted animal control immediately. Before animal control arrived, the neighbor untied Surge to save her from drowning. Surge grabbed one of the limp puppies and hid under someone’s house until help arrived.

Animal control was able to save Surge, but the dog was heartbroken. Unfortunately, no one will be charged for Surge’s suffering because there’s no proof of who abandoned her. However, the shelter is grateful to the strangers who tried to help her and called the authorities.

After getting necessary medical attention, Surge went up for adoption. Yet, she’s been waiting for a home ever since. Even though she’s a very sweet dog, her true personality doesn’t shine in a shelter setting.

It’s hard for a dog’s true personality to shine at a shelter. So, when people come to see her, she often shows anxious behaviors like barking and spinning. She’s not aggressive in any way, but instead, she’s stressed. The shelter knows she would blossom in a home environment.

“She’s a great dog,” said Ashley Miller, an adoption counselor at the shelter. “She goes on doggies day out, so she gets to go to the beach, go to the previous adoption coordinator’s house with her children and pets, and does great. She loves walks and is super sweet.”

Surge is great with kids, but she would do best in a home without cats. She’s a little dog-selective but could make a good playmate for certain canines. She’s the perfect mix of laid-back and energetic. She would love to go for long walks but also cuddle on the couch.

If you or someone you know is interested in giving Surge a home, contact the Saint Frances Animal Center. She deserves a life of comfort as soon as possible!