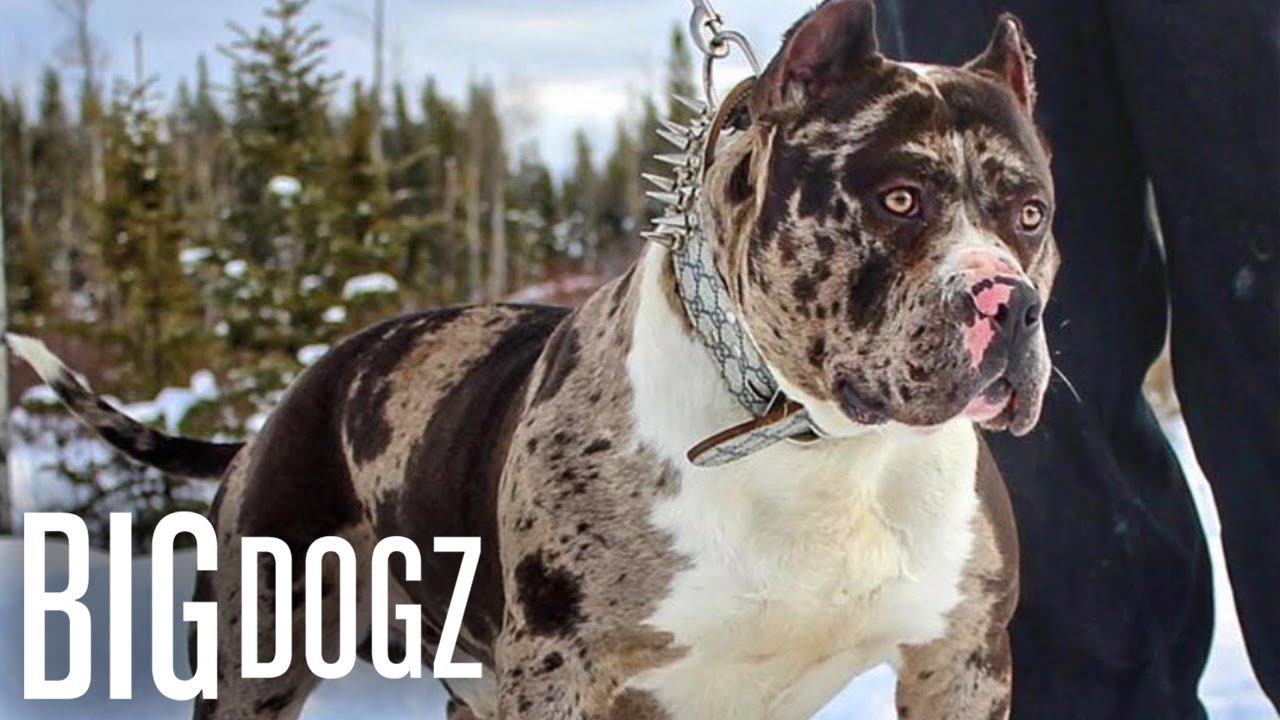 Videos
Share on Facebook
Share on Twitter
Share on Pinterest
Share on LinkedIn
MEET Aftermath – one of the rarest dogs in the world, whose owner describes him as a “street legal snow leopard”.The four-year-old, 130lb giant was the world’s first exotic XL merle bully and his puppies sell for upwards of $10,000. The canine colossus is owned by Eric Gray, 31, and wife Natasha, 30, who run Mega Built Bullies in British Columbia, Canada. Aftermath’s unique, technicolor patterning is down to the fact he has the “merle” gene, which generates mottled patches of colour and can also create blue or odd-coloured eyes and affect skin pigment. Eric said: “Some of his photos have been shared over a million times on Instagram, he’s produced huge 15 pup litters, his semen has been frozen and sent all over the world. His puppies sell for $10,000 and up and his stud fee is the same. We have had people offer us big money for Aftermath, but he’s too special to us, he’s literally priceless.”

One of the Fiercest Animals in Maine
The CAT That WROTE a PHYSICS PAPER 📝🐱 (F. D. C. Willard aka Chester)
How Do DOGS Know You LOVE Them? 🧍‍♀️❤️🐕
Kittens Both Rescued After Storms in Unique Ways Find Their Path to Each Other One Day
Dr. Blue Helps Poor Dog With Her Appetite | The Vet Life