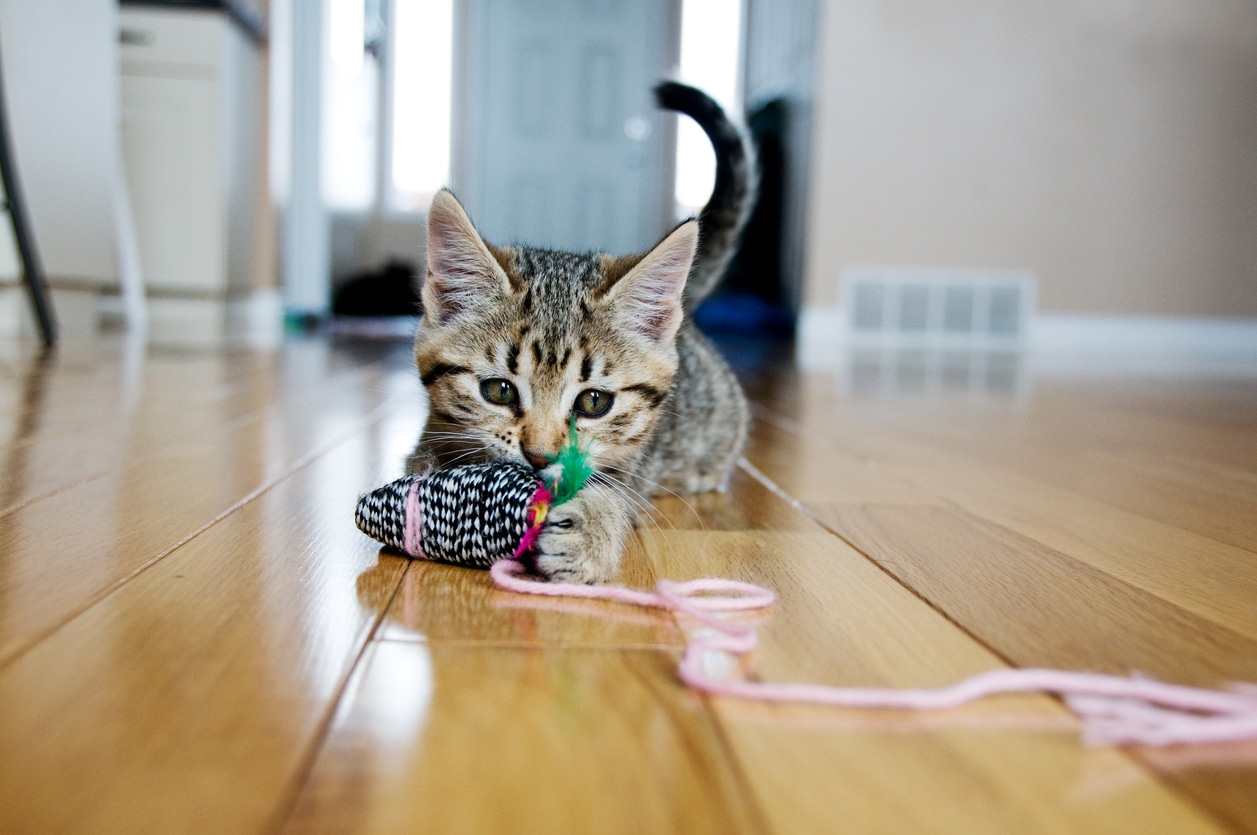 Cats like to play with lots of things but for some reason string, and its relatives (shoelaces, dental floss, macrame wall hangings, etc.), is absolutely irresistible. So why do cats like to play with string so much? There are a variety of answers ranging from “it’s in their nature” to “it’s just plain fun, silly”!

Let’s explore some of the reasons cats like to play with string as well as if you need to worry about your cat playing with string–we’ll even delve into some fun string alternatives. OK, without stringing you along any longer, here goes… 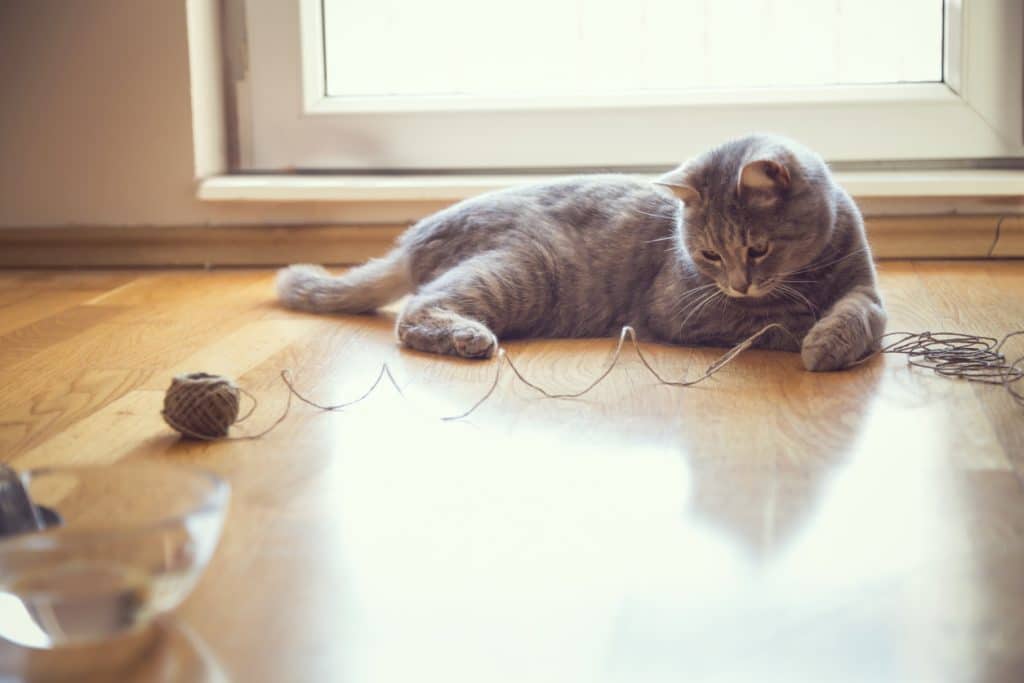 The basic reason cats like to play with string is because it’s fun. But there are some other interesting reasons as well:

When String Play Might Not Be Good For Your Cat 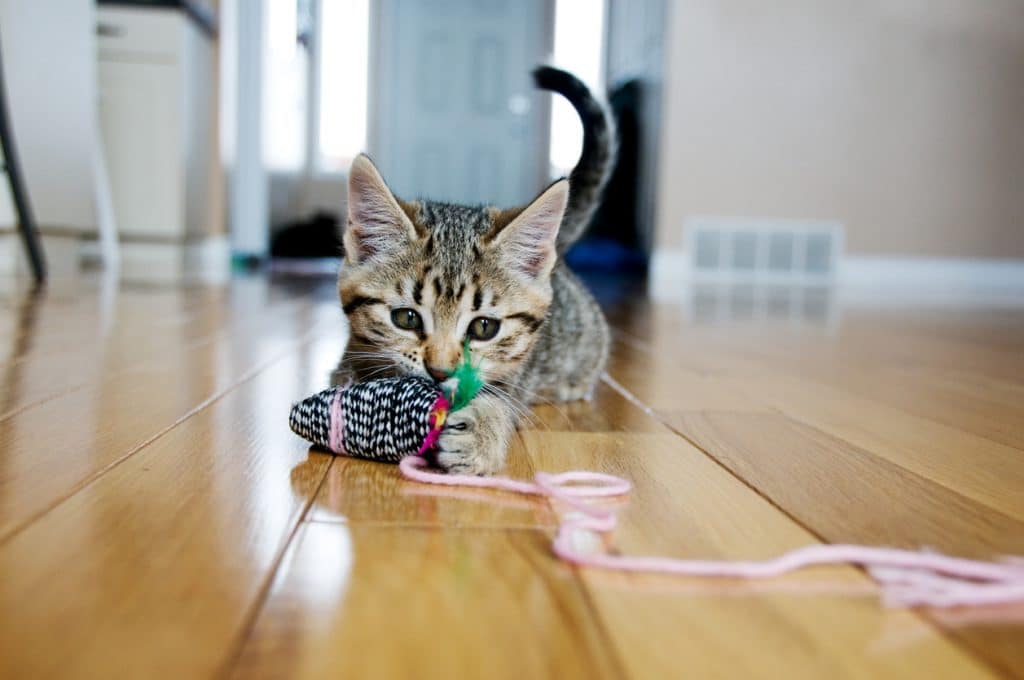 Throwing a ball of yarn out for your cat can be a lot of fun as long as it’s supervised play. If you can’t be actively involved in such play–as well as responsible for safe storage of said plaything–it’s best to avoid string play.

“Any string can pose a hazard to cats because if they ingest it, it can cause an intestinal blockage which can be deadly, as it does not allow things to pass through the digestive tract,” cautions Dr. Mikel Delgado, a a Certified Applied Animal Behaviorist and Certified Cat Behavior Consultant.

“Cats’ tongues have backwards pointing barbs on them, so when they start swallowing something like string, the tongue actually makes it difficult for cats to spit out string once they’ve started swallowing it,” Delgado explains. “If you think your cat has swallowed string, or has lost their appetite, is vomiting, or appears to be in pain, contact your veterinarian right away.”

Of course, most kitty toys with string on them just have very short strands that would not pose such hazards. But there are some other string-like things around your home kitty might want to play with that might not be so great to get their paws, or backwards-barbed tongues, on:

most household have many devices as well as cords for charging them. Because these cords can be long and thing, like string, they can easily attract the attention of a curious cat. The danger here isn’t so much in a cat ingesting the cord, it’s the fact that they’re generally plugged in to, you know, electricity. So, a good idea is to ensure that any long, thin cords are kept out of the reach of a cat.

We’re all taught to floss well and floss often but that floss can be easily, and inadvertently, accessible to a paws-y cat. In addition to being the type of material Dr. Delgado warns against, many dental flosses are treated with essential oils, which can be poisonous to cats. To keep your cat away from dental floss dangers, a closed-top garbage can in the bathroom is a great idea.

Woven and macrame wall hangings can make your house look beautiful but they can also be irresistible temptations to string-loving cats. Be sure to hang such items out of the reach of kitty to ensure they retain their beauty and don’t end up in your cats tummy.

It’s easy to forget about those rubber bands you left on the counter after putting flowers in a vase or unleashing the world of your printed paper. Rubber bands smell fun, feel fun, look fun, taste fun, and can be fun for cats to play with–but absolutely not something you want your cat ingesting. Be sure to get rid of them or store them safely away from prying paws. 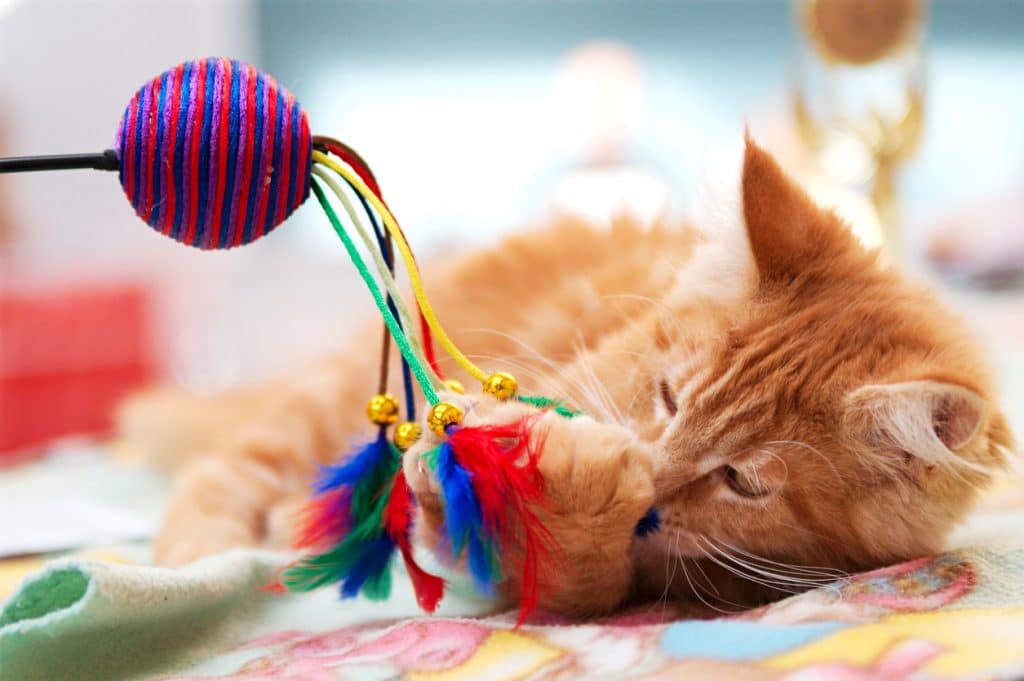 Most fun kitty toys have been tested for safety so if there’s a little string that is part of one of them, don’t fret. There are also some great string-less options that cats love which include:

There’s nothing more beautiful than a cat at play. Cats are endlessly interesting, flexible, talented, and entertaining when playing and the greatest thing is knowing you’ve done your part in getting that play in – without any worry.