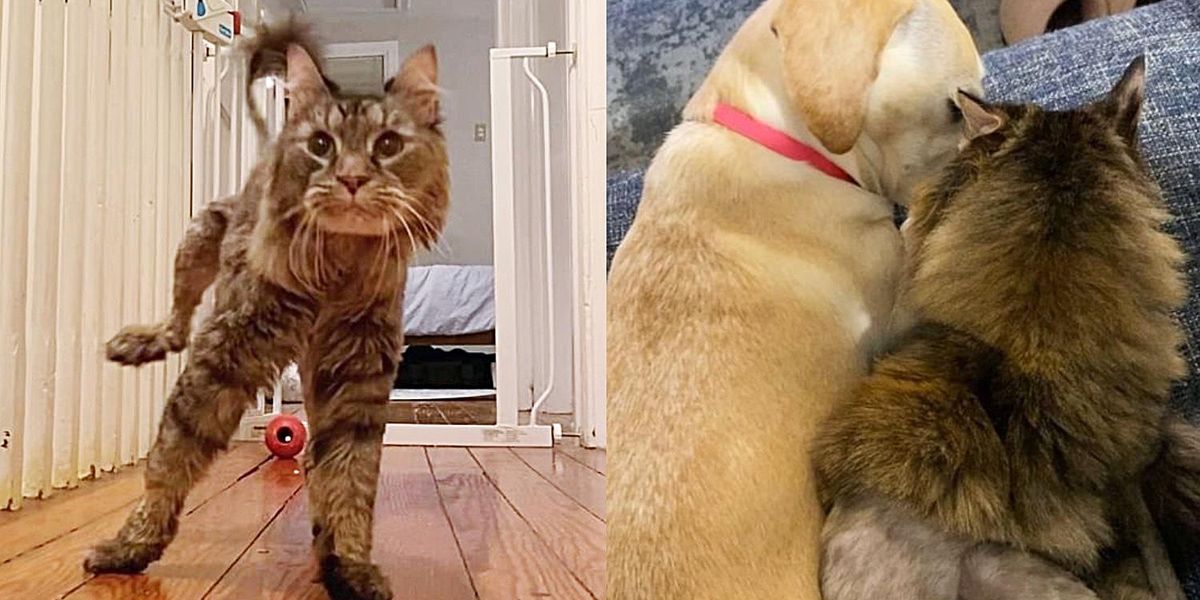 A cat wobbled her way into the hearts of the people that took her in, and made up for lost cuddles with their dog. 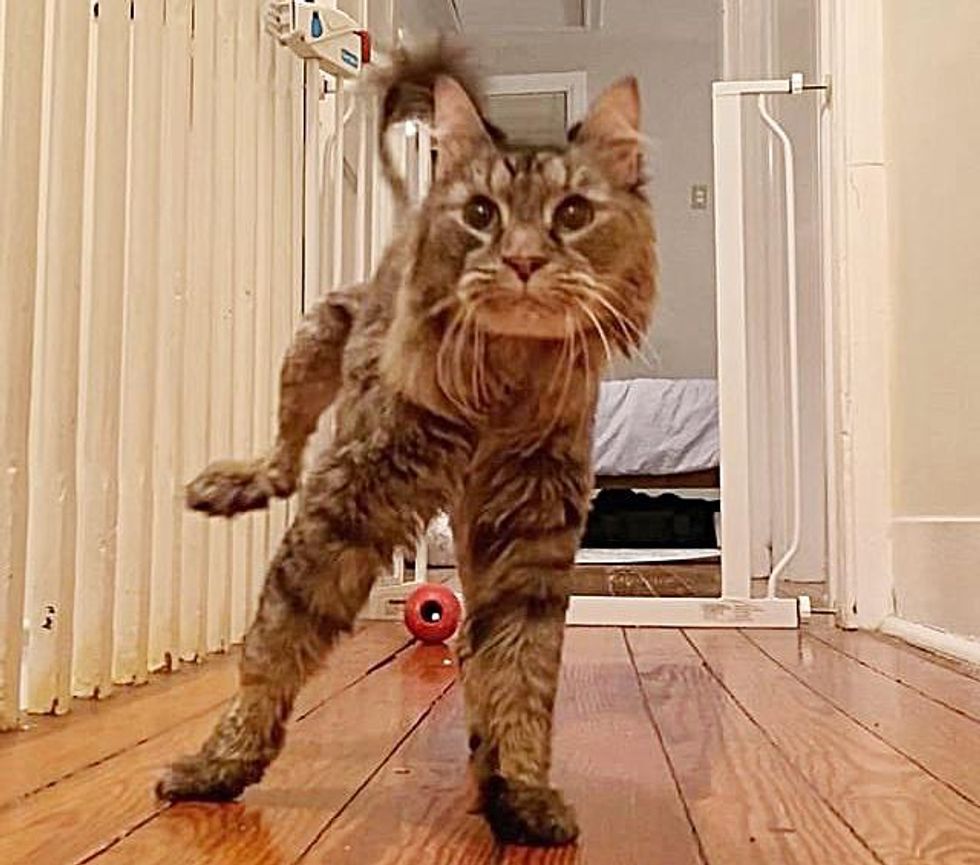 Early this month, a 9-year-old wobbly cat was transferred to AWLA (Animal Welfare League of Arlington in Virginia) for a chance at a better life. She came with a host of health issues and was heavily matted, covered in grease and dirt.

Asa, a foster volunteer of AWLA, welcomed the cat named Roberta into her loving home. Despite being underweight and rough around the edges, the tabby was incredibly friendly and affectionate from the start.

“She immediately came up to me to ask for pets and started purring, and even walked over to the (resident) dogs to say ‘hello,'” Asa shared with Love Meow. “She was so loving and trusting of humans despite being in such poor condition.” 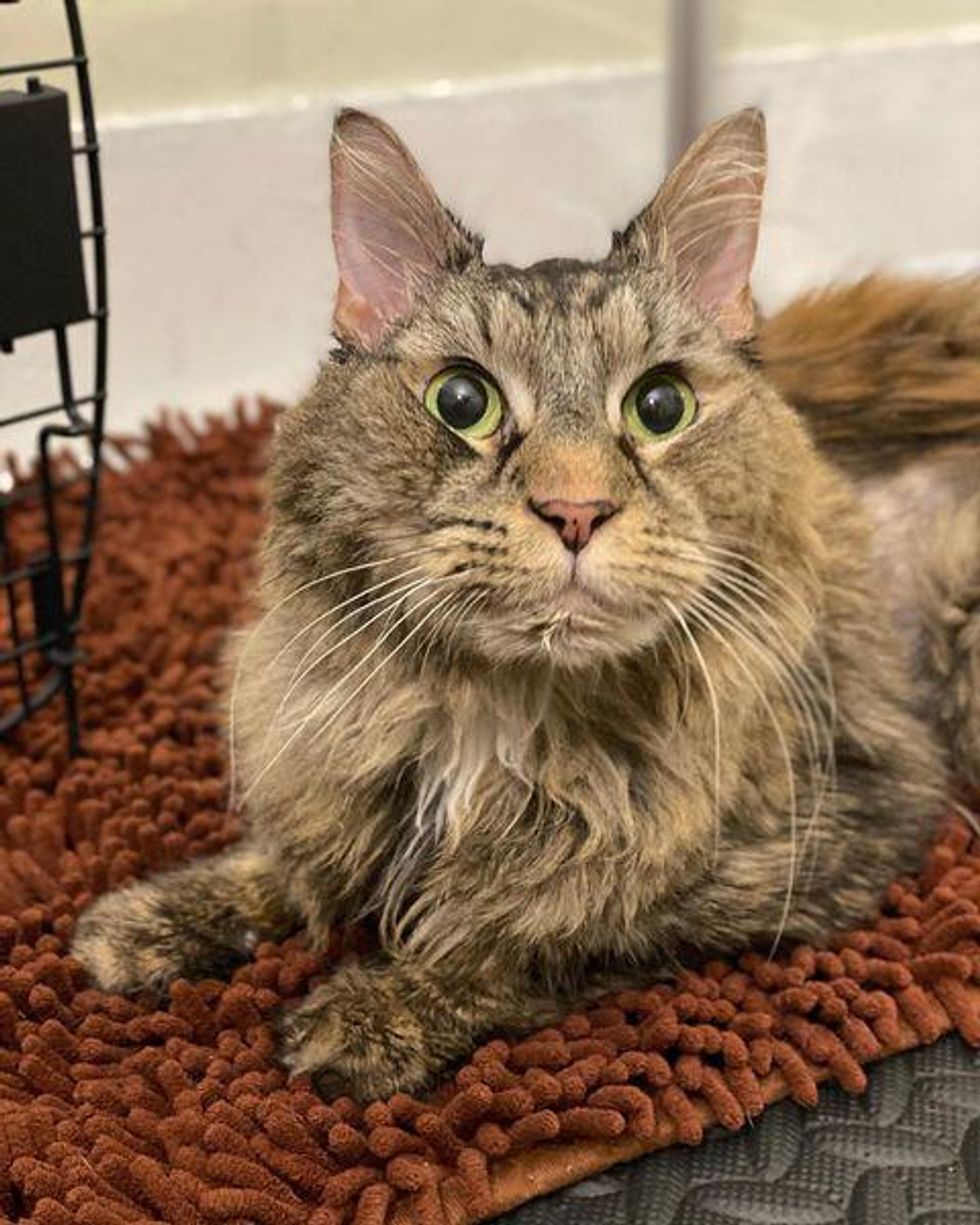 Roberta has cerebellar hypoplasia (CH), commonly known as wobbly cat syndrome. She may stumble a bit when she walks but the tenacious gal gets right back up and doesn’t let anything stop her from having fun.

“CH is caused by an underdeveloped cerebellum, the part of the brain that maintains coordination and balance, resulting in the jerky, wobbly motion,” Asa said. “It doesn’t cause them any pain, and cats with CH can live the same length of time as non-affected cats.” 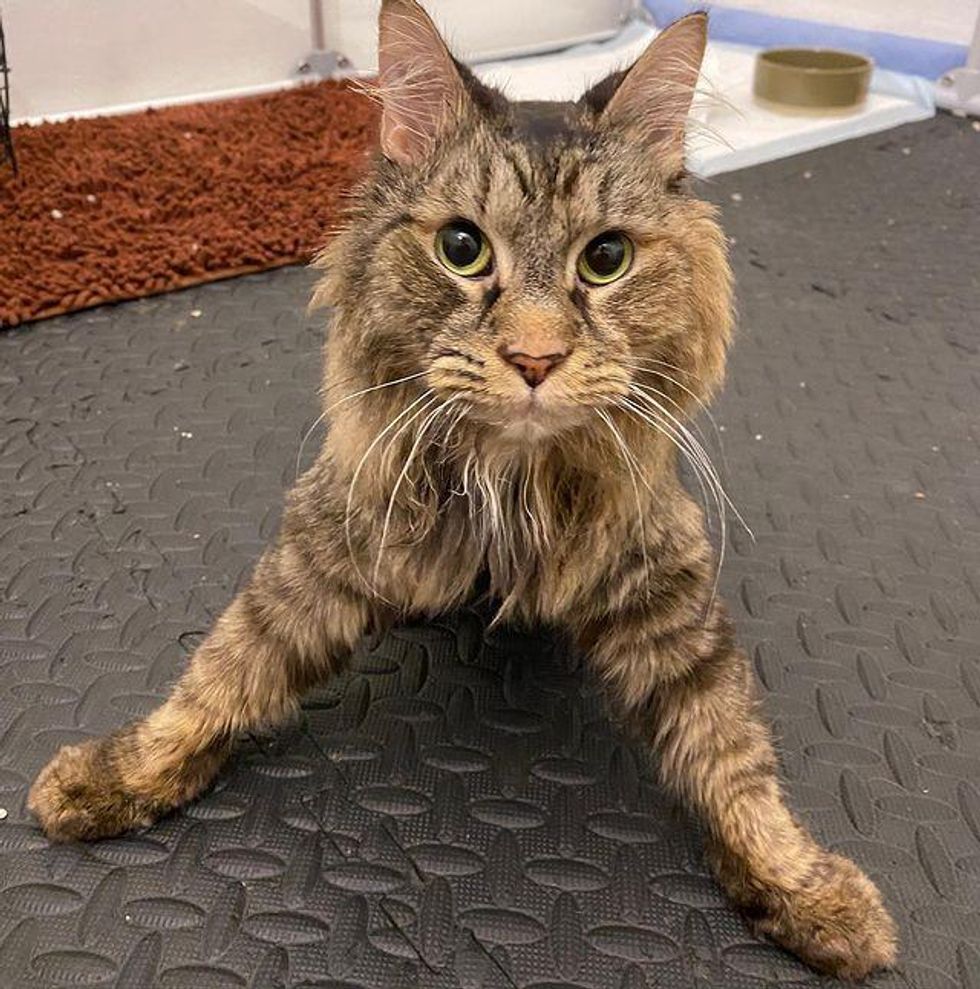 Kona, a cat-loving canine resident, came to greet the new kitty with her signature kisses. “In true Kona fashion, she ran to her carrier the moment we got home and Roberta showed zero hesitancy,” Asa told Love Meow. 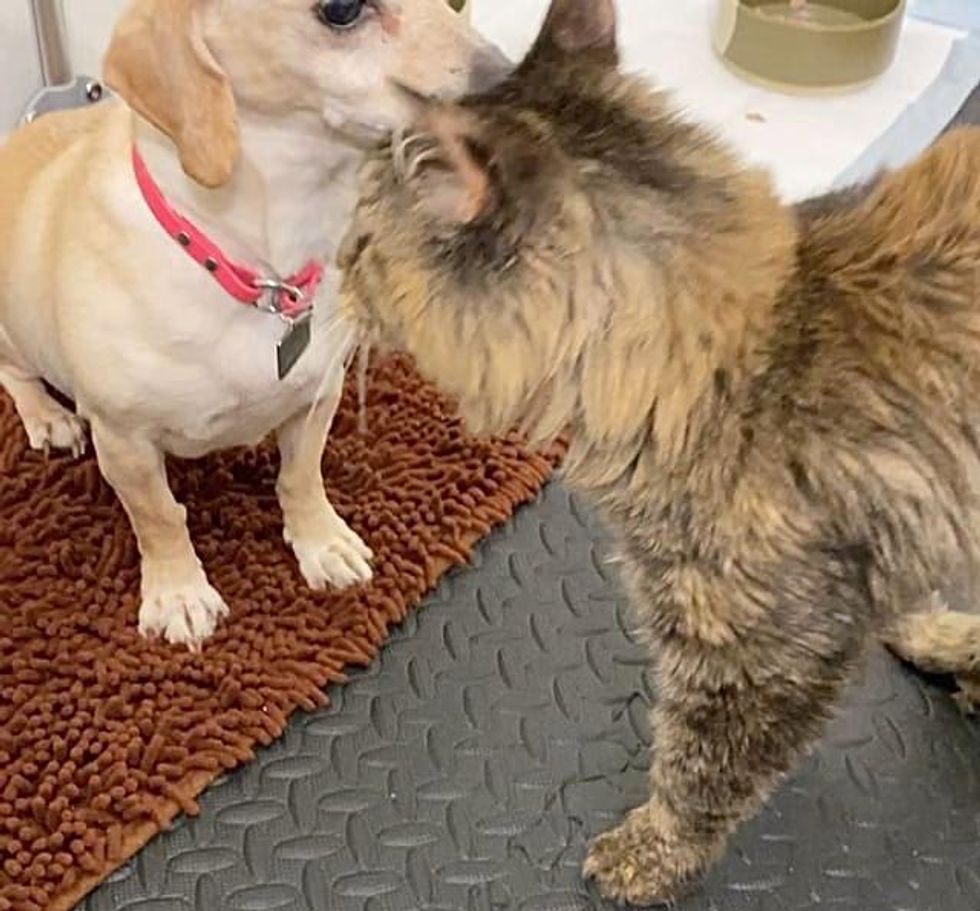 After a good night sleep in her comfy, warm nest, Roberta woke up with new zest and an insatiable desire for affection. “She received a full spa treatment and was definitely feeling herself again! She was so much more confident overall afterwards.”

Asa’s resident animals seem to understand what their new friend needs. They’ve all come to offer a helping paw, and even take turns to hang out with Roberta. 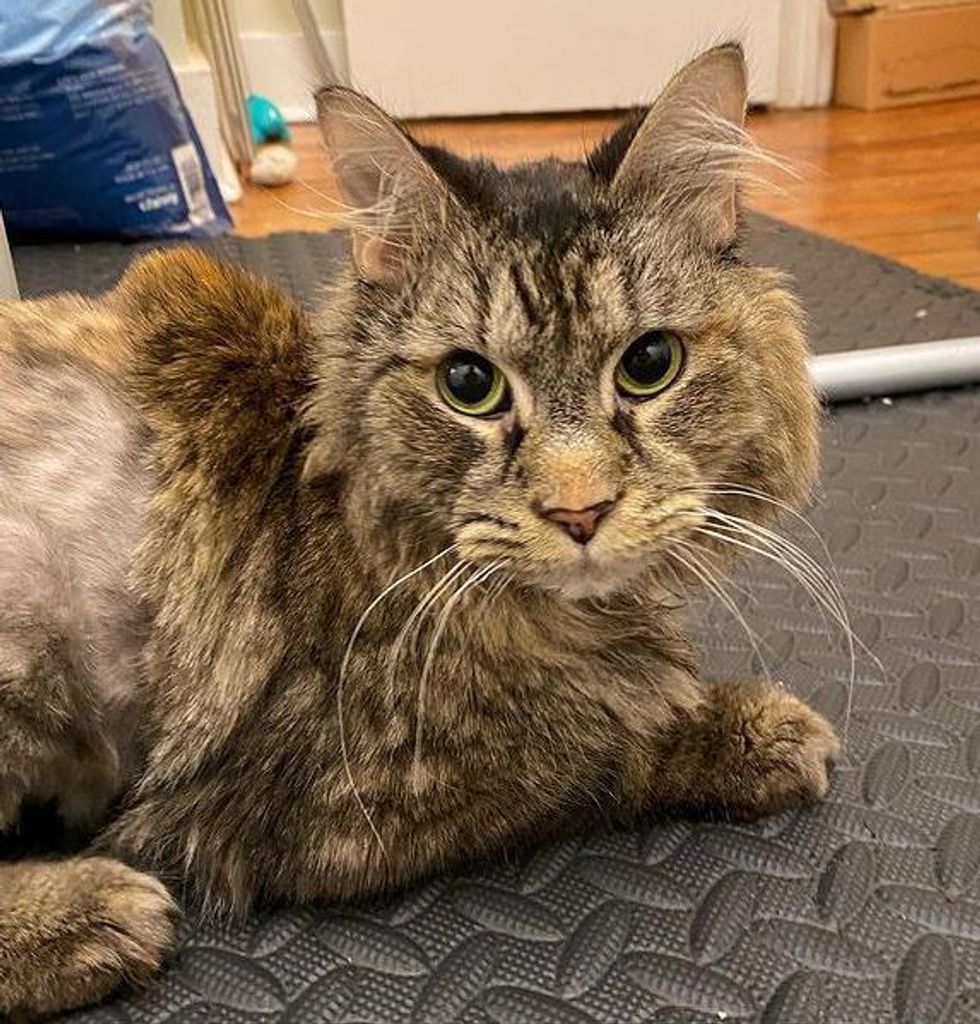 A few days ago, Asa found the tabby curled up next to Kona on the couch for the first time, and Yuzu, the resident tuxedo cat, took on the role of Roberta’s personal groomer.

Watch Roberta the cat in this cute video:

“I think it was a joint effort between Kona and the other furballs; they’ve all been very welcoming of her, despite her being ‘different,’ and I think they’ve helped her feel comfortable and at home,” Asa told Love Meow.

In less than two weeks, Roberta has opened up even more. She is getting stronger while her body is healing, and she is more loving than ever. “We always stop by the foster room to say ‘good morning’ and Roberta comes out to greet us every single time.” 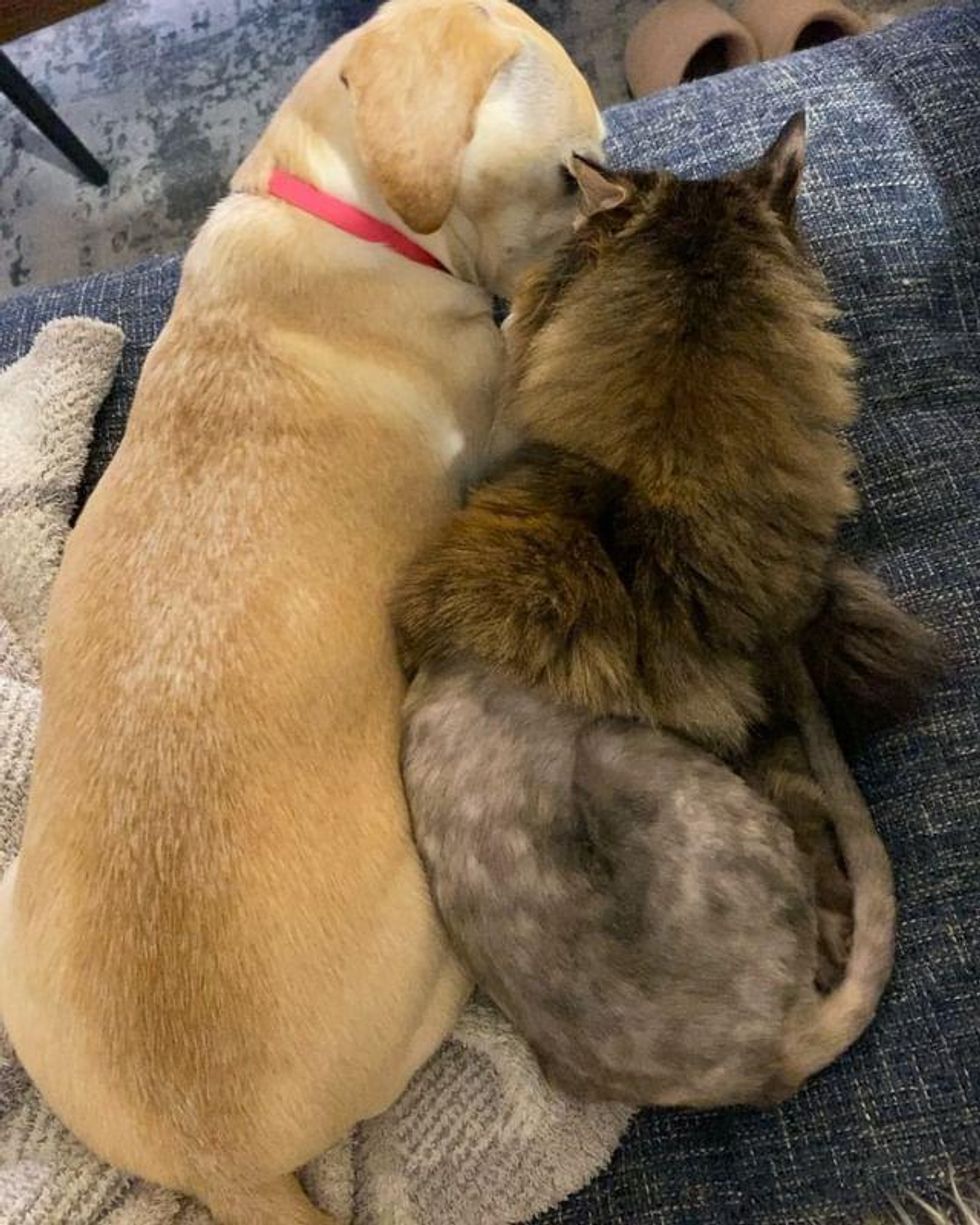 The tabby girl enjoys her daily walks around the house to get her exercise in before plunging into the embrace of her human or furry friends.

“Roberta may be underweight, wobbly, and have a few health issues amongst many other things, but none of this stops her from being the sweetest, most affectionate, and most trusting lady.” 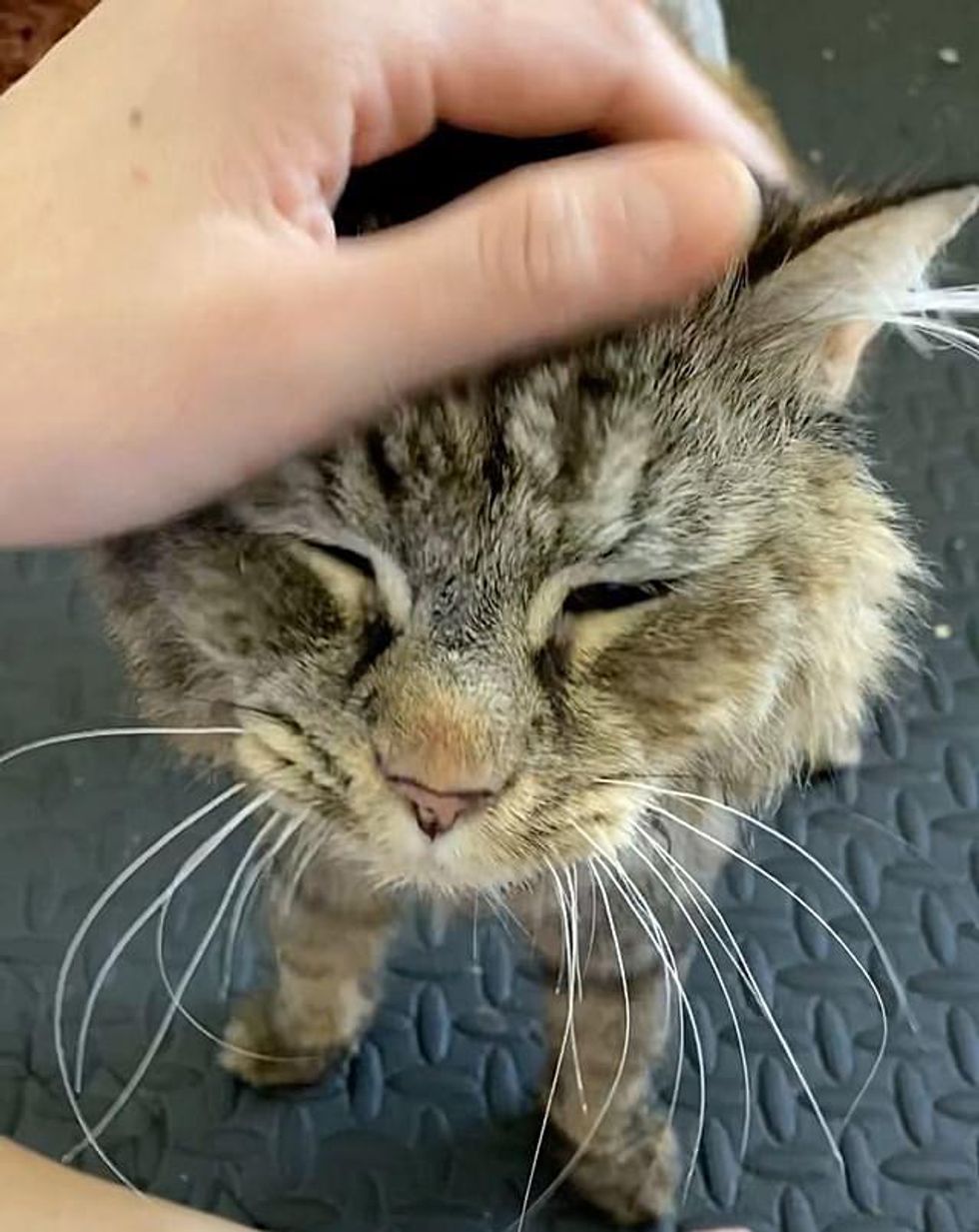 “She absolutely loves roaming around the floor and has quickly picked out some favorite spots in our bedroom already,” Asa wrote.

“(For cats like Roberta), we might not be able to see their past but we are here to make a memorable future for them. Whoever adopts will be lucky to have her.” 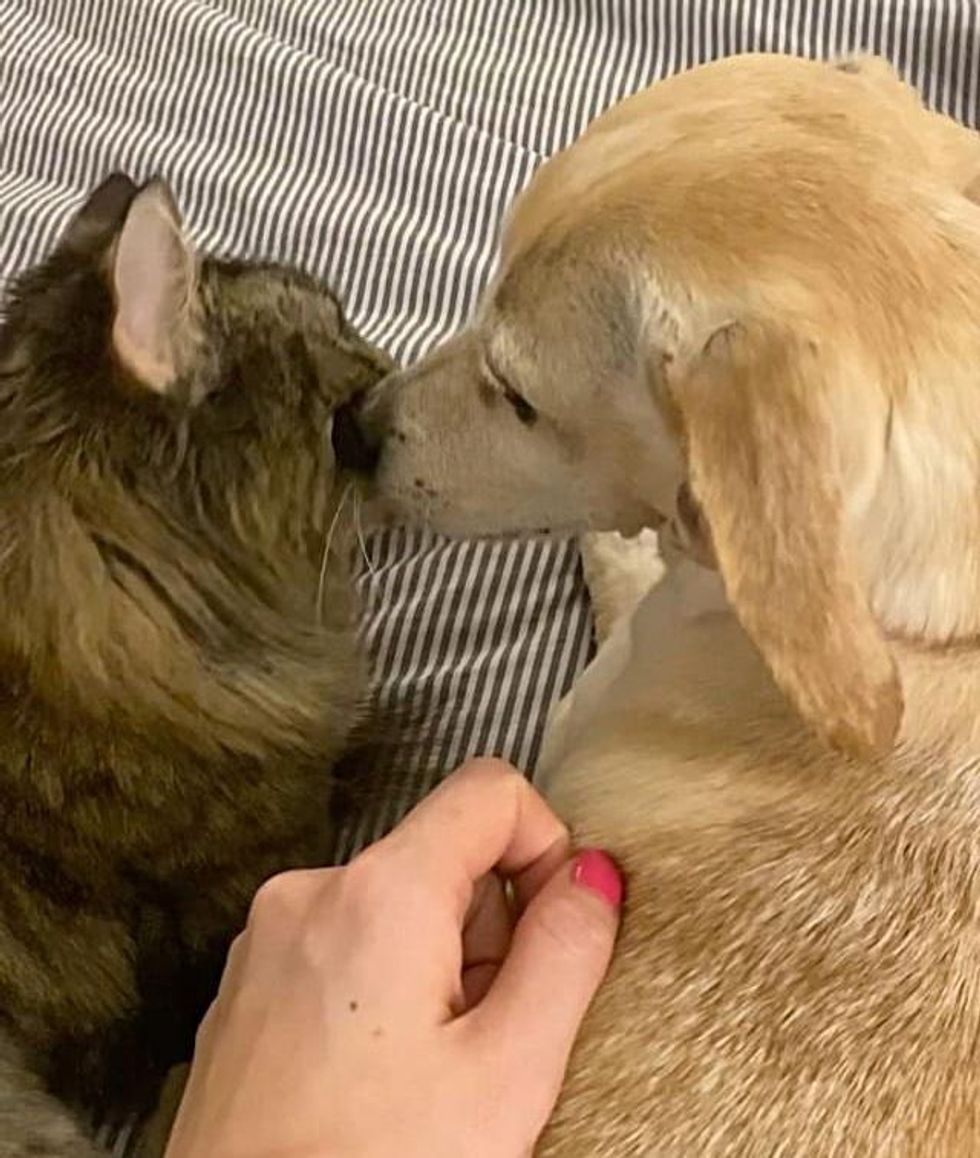 Evolution Made Simple (With Snakes)
Train your Dog to be OFF LEASH: The First Steps
How to SOCIALIZE a PUPPY With Other DOGS 🐶
The Amazing Spider, Man
How Do You Like Meow: Bombadil