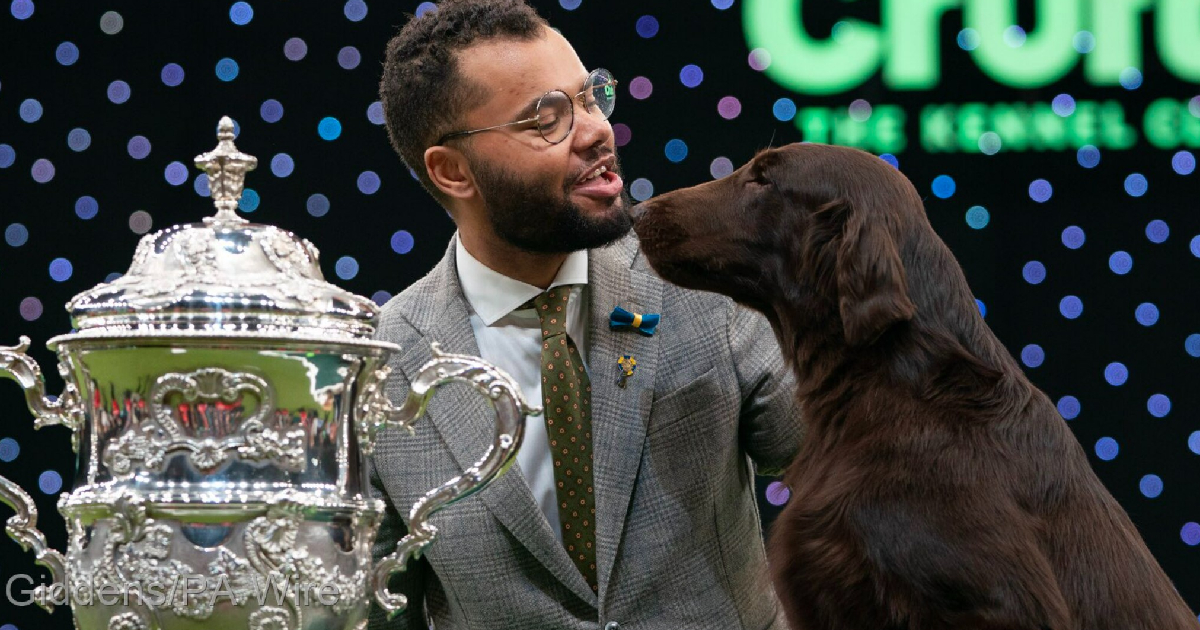 Seven dogs strutted their way to the Best in Show round at the 2022 Crufts Dog Show, but only one dog could take home the trophy. And Flat-Coated Retriever Baxter was that dog!

Competing in the Gun Dog group, Baxter easily won his group category, solidifying his position in the Best in Show round among the other group winners. When selected for the top prize, Baxter pranced his way to the podium with a smile on his face. In true retriever fashion, the handsome chocolate-coated pup took the winner’s rosette in his mouth to proudly show off his win. Baxter may have been the top dog of the weekend, but there were many winners at Crufts 2022, including a Chihuahua ballerina!

Returning after a year’s hiatus due to the pandemic, the National Exhibition Centre in Birmingham, England, welcomed the 2022 Crufts Dog Show and its adorable competitors for a four-day weekend of fun and fierce competition!

Dogs showed in seven categories, Toys, Gundogs, Utility, Hounds, Working, Pastoral, and Terriers, each vying for first place in their group to reach the Best in Show round. From thousands to just seven, Baxter stood supreme among a field of fine dogs this year.

Upon Baxter’s win, proud owner Patrick Oware said, “I don’t have any words, it’s just amazing. I am really proud of him. It’s just a true credit to his breeders.”

With tears streaming down his cheeks as he hugged Baxter, Patrick said, “He’s just a fantastic dog.”

Wearing a happy dog grin, Baxter took his Best in Show rosette in his mouth to show the world his win! In a true dog parent moment, Patrick had to wipe away the dog slobber on the ribbon before holding it up for the cameras!

Talking with Patrick and Baxter right after their win, Crufts presenter Clare Balding told Patrick, “I can see the tears flooding down your cheeks.”

“Give Baxter a good kiss; he’ll give you a lick back,” Clare suggested to the emotional dog dad.

There was another winner at Crufts this year, but it wasn’t a trophy this little ballerina earned. Instead, Chihuahua Joya won the internet for her interpretation of Swan Lake!

I cannot believe none of you told me there was a Chihuahua doing Swan Lake at Crufts. #Crufts pic.twitter.com/w7ZZGPOqYH

Rescue Pup Turns A Setback Into The Best Thing About Her | The Dodo
Scottish Fold / Guide / Care
Can Cats in the Office Help Lower Employee Stress Levels? The Fascinating Answer!
How to Wear Out a Gator | Gator Boys
How Much Should Your My Cat Weigh? #shorts