Today is the United Nations’ International Day of Forests, which has been celebrated every March 21 since 2012 to raise awareness about the importance of Earth’s forests. Forests contain roughly 80% of the planet’s terrestrial biodiversity and more than 60,000 tree species. Around 1.6 billion people around the world also depend on forests for food, shelter, energy, and income. We at the Okapi Conservation Project (OCP) know the value of protecting rainforests in the Democratic Republic of Congo that are so vital to the elusive okapi and the communities living in and around the Okapi Wildlife Reserve.

A male okapi in the rainforest near Epulu.

Endangered okapi need large, undisturbed tracts of forests in order to survive, and the sustainable management of forest resources is critical to combating climate change and contributing to the well-being of future generations of animals and people alike.

In the Okapi Wildlife Reserve, children are the future stewards and protectors of the okapi’s rainforest habitat, and OCP is providing opportunities for children to learn and understand the important role that their surrounding rainforest plays in the health of people, okapi, and other animals that call the rainforest home. 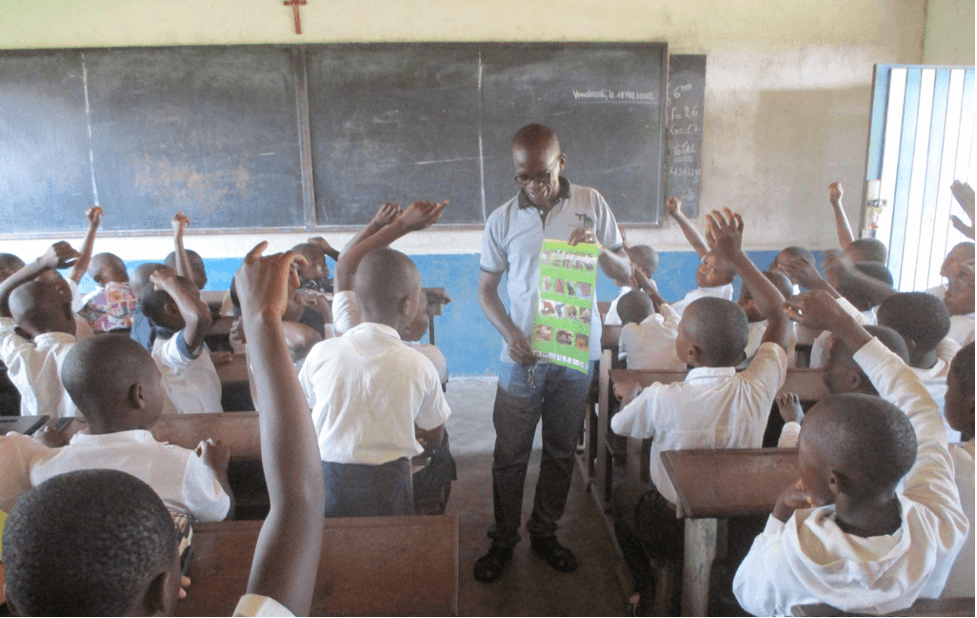 OCP Educator, Faustin Mbuza, at the Okapi Primary School during a lesson on protected species living in the rainforest.

OCP constructed the Okapi Primary School for the village of Epulu in 1993 as a gift to the community. The school provides a suitable space for teachers to educate students, and a safe place for children to attend grades one through six. The school was purposefully named after okapi because of the biological and cultural importance of this secretive animal to the Congolese people, and the Ituri forest where Epulu is located is thought to have the most secure population of okapi throughout their range.

To date, over 12,500 students have attended this primary school. Notable former attendees include OCP’s current program manager, Berce N’Safuansa, the current chief of Epulu village, Jean Kamana, and numerous ICCN ecoguards that continue protecting the rainforest home of the okapi as their chosen profession. 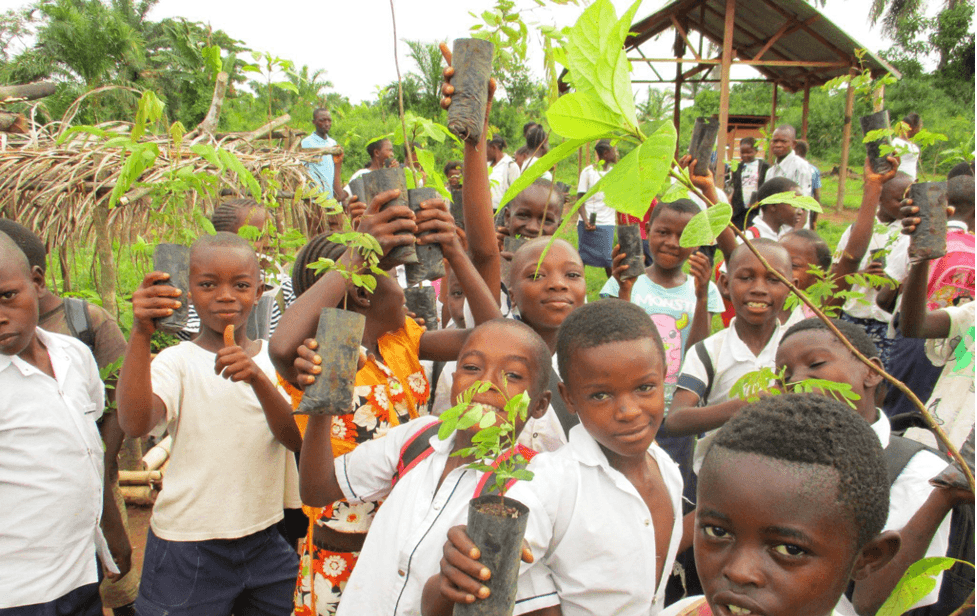 Okapi Primary School students with tree seedlings, which they planted to help restore forests in Epulu.

The continued education of children, particularly about conservation and the stewardship of natural resources, is critical because children are integral to protecting the rainforest long into the future.

This year, the Okapi Conservation Project is investing $20,000 for the children at the Okapi Primary School in Epulu, and we’re asking for your support! Together, we can invest in and inspire the children of the Okapi Wildlife Reserve to be the next generation of protectors of the okapi’s rainforest. 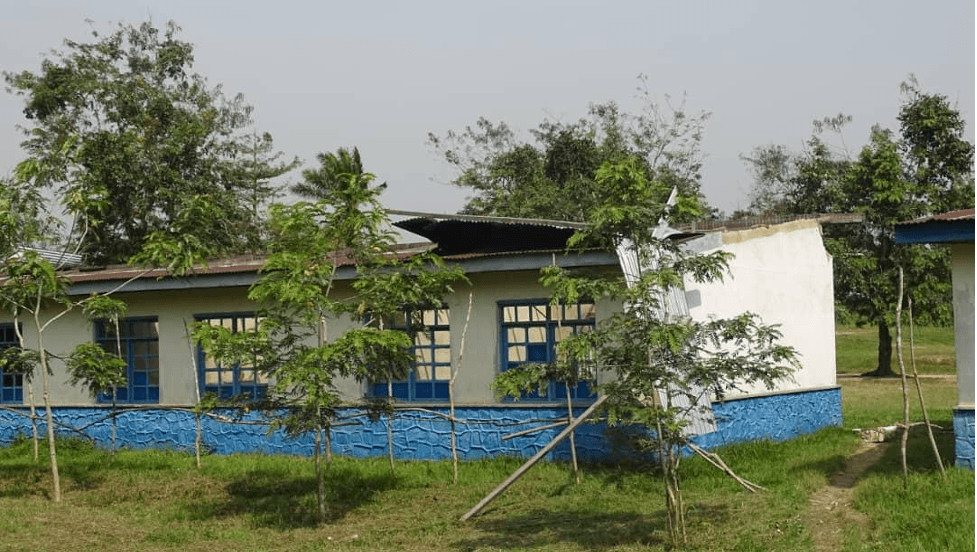 The roof damage of the Okapi Primary School after the storm. 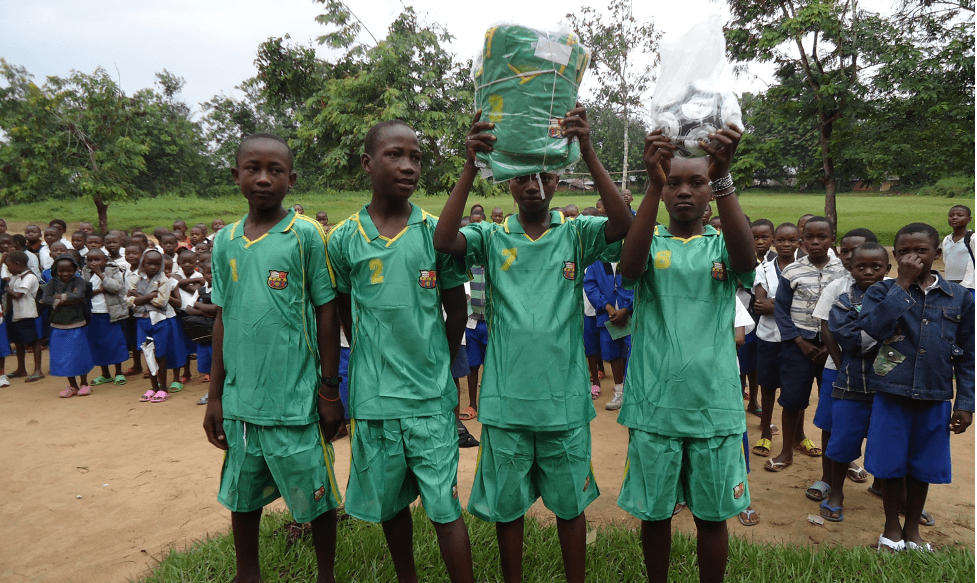 We hope you will join us in supporting these important efforts to protect okapi and teach the value of taking care of forests to these incredible children. Happy International Day of Forests!

Best Food for Dogs with Diarrhea
Cat Left in Parking Spot is Thankful to Couple for Opening their Home, She Turns Out to Be ‘Total Treasure’
Kittens Found Living on the Streets Travel to Another Continent to Find Dream Home Together
My Dog’s Paws SMELL BAD 🐾🐕 (Why and What to Do)
Watch What I Train My Dog On a Daily Basis! Why Isn’t She Trained Yet?