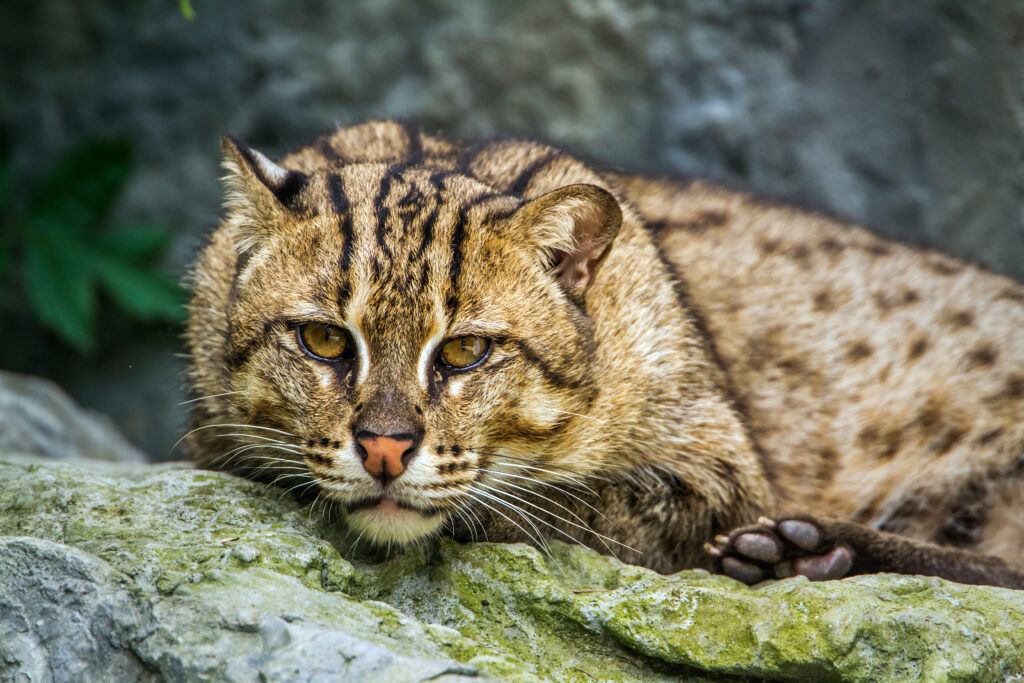 Headlights streaked across Anya Ratnayaka as she padded down the sidewalk, the hum of traffic filling her ears. The night was alive in Colombo, Sri Lanka’s largest city, but it was the quiet streets that Anya sought. Her GPS data indicated that she wasn’t alone prowling these shadowy paths, so she kept alert for any signs of movement. For years, Anya has researched how fishing cats have infiltrated Colombo and found success living among the sprawl. The data gathered from tracking collars and, most recently, the new batch of camera traps placed around the city may prove vital to ensuring these small wild cats and Colombo’s surrounding wetlands don’t vanish. 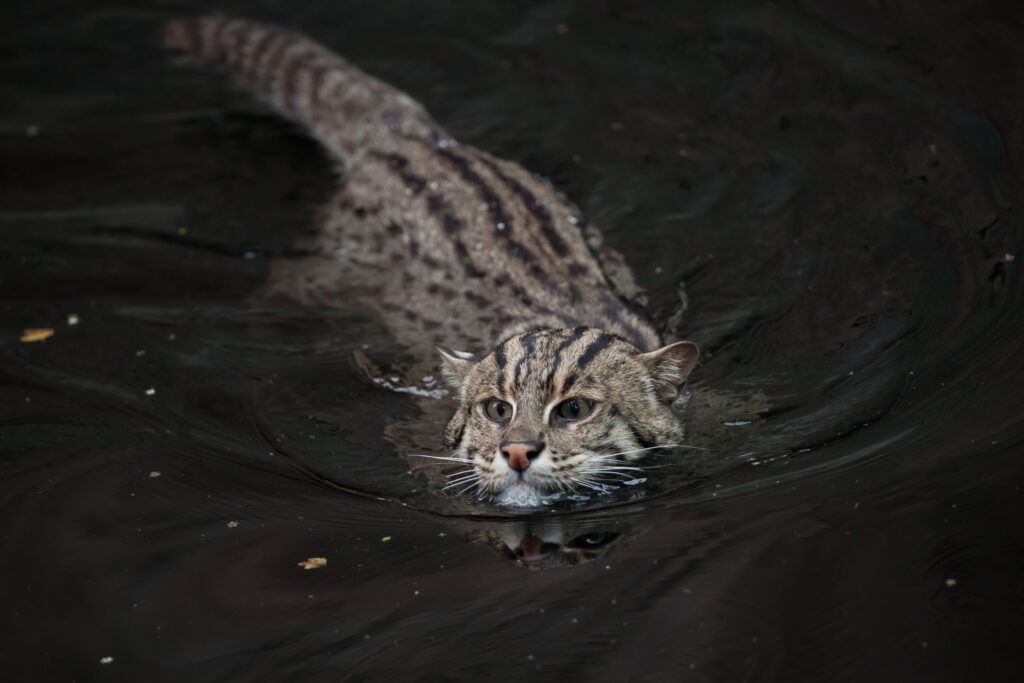 The fishing cat defies the adage that cats hate water by being highly specialized anglers, sporting webbed paws and waterproof fur that suits their wetland habitat.

Colombo is home to the only known population of urban fishing cats. In 2013, Anya founded the Urban Fishing Cat Conservation Project, a partner of the Small Wild Cat Conservation Foundation. Her team studies fishing cat behavior and ecology, working with the government to protect them. Tracking the cats’ movements with GPS collars is a major aspect of their research. This year, the pandemic prevented them from collaring more cats, so Anya’s team installed 42 camera traps—the most they’ve ever deployed at once—to better document fishing cat distribution. She plans to share the resulting data with the government to influence how the city can grow while keeping fishing cat habitat in mind. 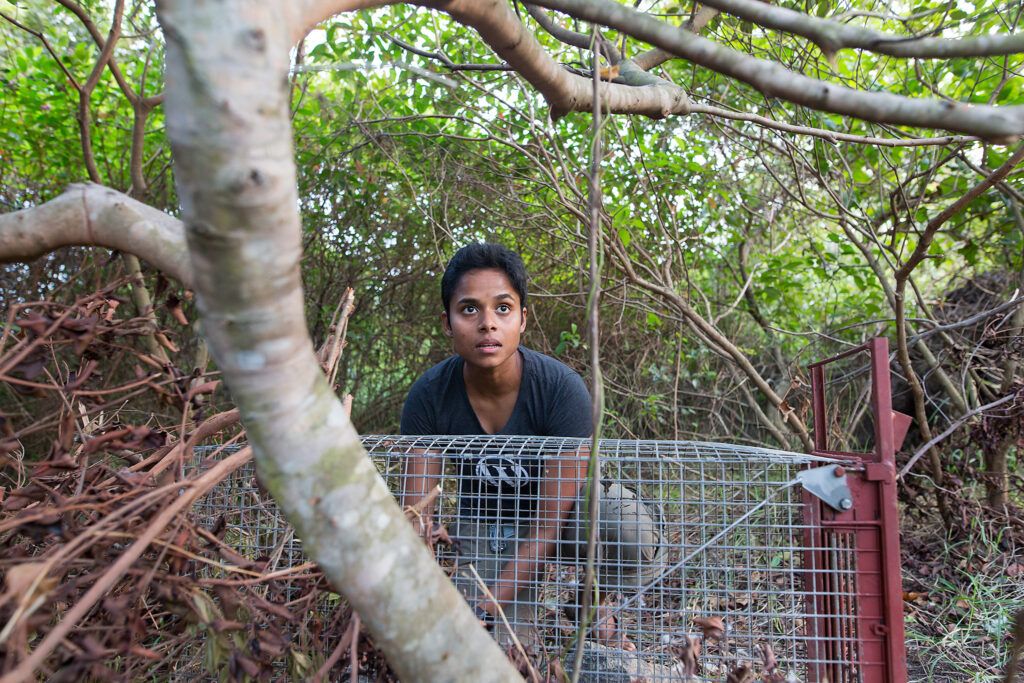 Anya was the first researcher in the world to track fishing cats with GPS collars and has amassed a wealth of data about the species.

Colombo has been a bustling human hub since the 1500s, and because it was built over wetlands, it is intrinsically linked to fishing cat habitat. They have adapted to this highly urbanized environment well, easily finding food and shelter and utilizing the city’s old-style architecture—high garden walls, ponds with ample vegetation, and unused attics—to go undetected by residents. Anya’s team were the first to discover that fishing cats were readily venturing into the city, finding a niche in Colombo as rapid urbanization expands the city further into their ecosystem. They are tracking 10 collared cats in Colombo, mostly males likely ousted from their natural territories by rivals. These cats spend more time in the city than the wetlands, frequenting crowded areas at night, hidden by ground foliage. Anya’s new camera traps are already documenting these intrepid males. 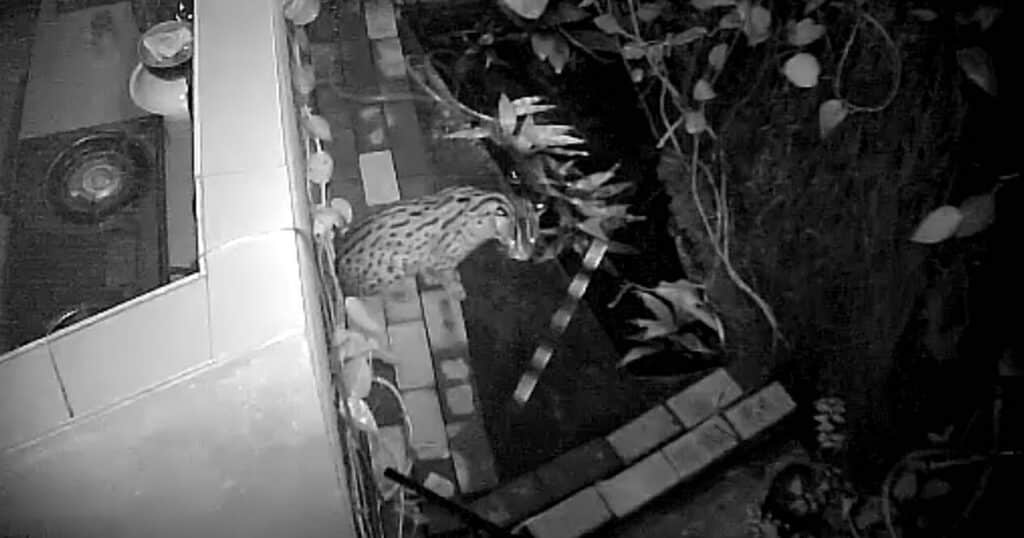 Camera trap evidence of a fishing cat exploring a Colombo residence at night.

Despite their urban presence, fishing cats rely on the wetlands to survive, and their shrinking ecosystem threatens the population. Anya uses outreach programs to build awareness with residents who didn’t know they had wild cats for neighbors, and stresses domestic animal vaccination so the cats don’t catch diseases. But ceaseless urban development is the largest threat, devouring more wetlands and creating highways that lead to deadly traffic incidents for the cats. Only by promoting sustainable development will Colombo’s natural beauty be preserved and fishing cats continue to thrive. 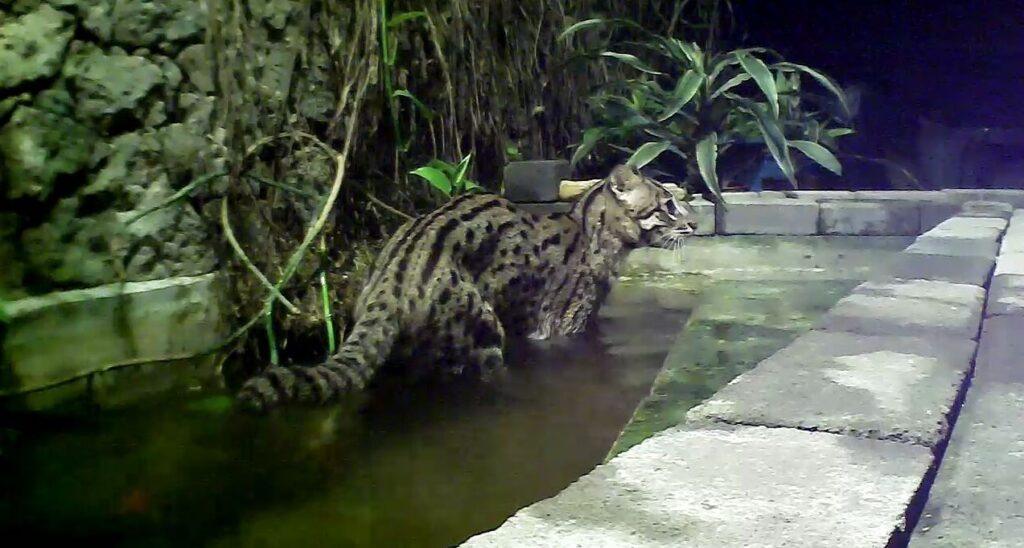 Fishing cats stay out of sight in the dense foliage and hidden pathways of Colombo.

As she turned the corner, Anya spied the hint of a tail disappearing into some bushes. Just knowing that these cats share the same streets as people gives Anya hope that coexistence can be maintained with sustainable urbanization. Her team will continue installing cameras and collaring fishing cats in the new year, gathering more data that ensures Colombo considers its feline citizens as it grows.