Sarara is no stranger to the Save the Elephants (STE) staff in Kenya’s Samburu National Reserve. Since he was a teenager, this massive 31-year-old bull elephant has been visiting STE’s research camp, checking in on the team and inspecting their elephant tracking collars. During his visits, it’s common to see him feeding on acacia pods, scratching against trees, and swimming in the river near the camp. His presence demands respect, yet despite his daunting size, he’s become a beloved figure within STE and among local communities. Over time, he has grown quite relaxed around people, which may be what led him into danger. One morning in late October, STE’s Davido Letitiya noticed something very wrong with Sarara—a spearhead was embedded deep in his side. 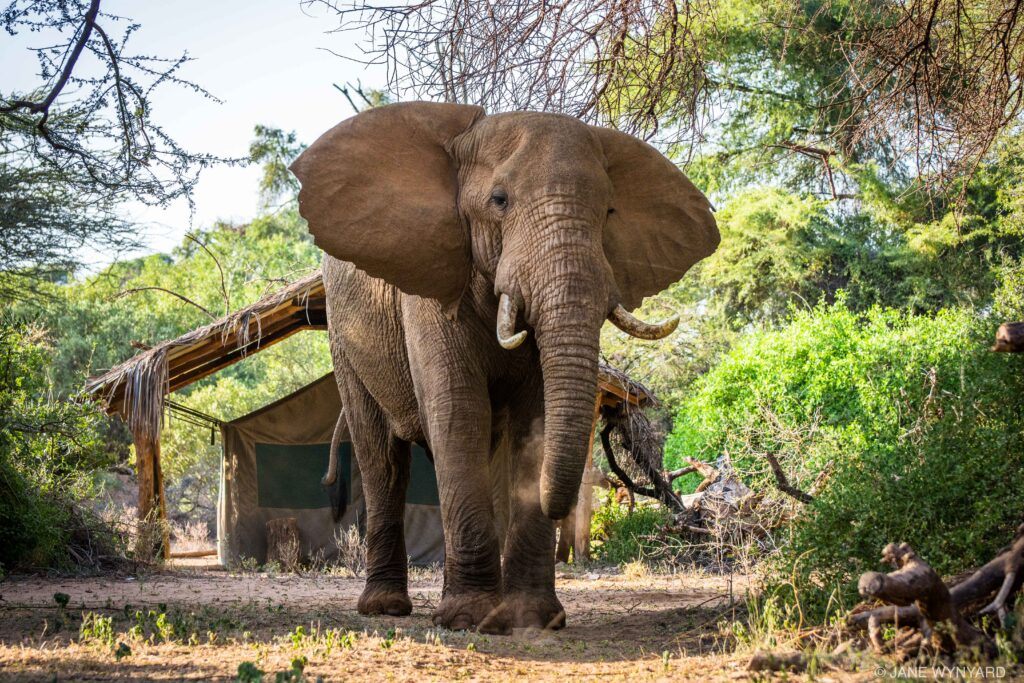 Sarara is a frequent visitor to STE’s research camps.

Horrified by the sight of this magnificent animal clearly in pain and trying in vain to remove the spearhead with his trunk, Davido immediately summoned the Samburu-based Kenya Wildlife Service veterinary unit. This attack is just one example of a rising problem that has become one of the major threats to elephants today—human-elephant conflict. Across Africa, more and more elephants are injured or killed as they compete with the rapidly growing human population for essential resources and limited space. A large part of STE’s work is monitoring elephants with tracking collars to study their behavior and prevent incidents that might spark conflict between them and people. But Sarara does not have a tracking collar and sometimes crosses paths with herders. It’s possible that such an incident may have caused defensive reactions from either Sarara or a herder. 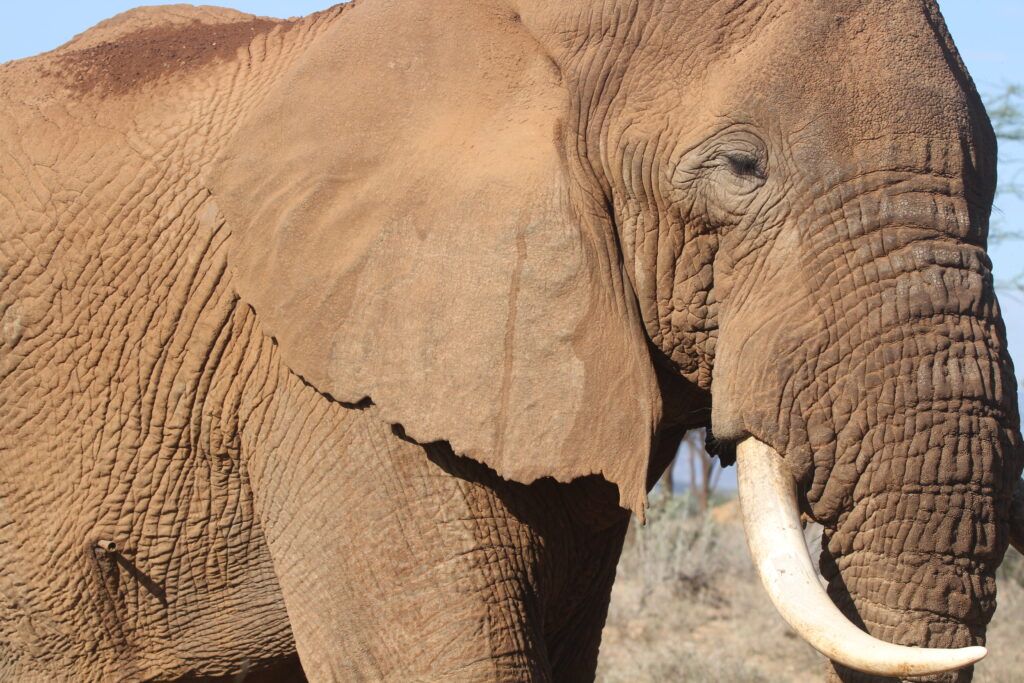 The spearhead sticking out of Sarara’s side.

The blade, which was the size of a grown man’s forearm, fortunately missed Sarara’s vital organs. As the vets were treating his wound, news of Sarara’s injury spread throughout Samburu communities and a group of warriors from a nearby village came to help. This concern demonstrates the fondness that local communities have for neighboring wildlife, a seed that STE waters at every opportunity through their education and awareness programs that promote peaceful coexistence between people and elephants. STE’s field teams used this event as a catalyst to step up their year-round community engagement, speaking with warriors, herders, and elders about the value of Kenya’s elephants and the importance of respecting their space. 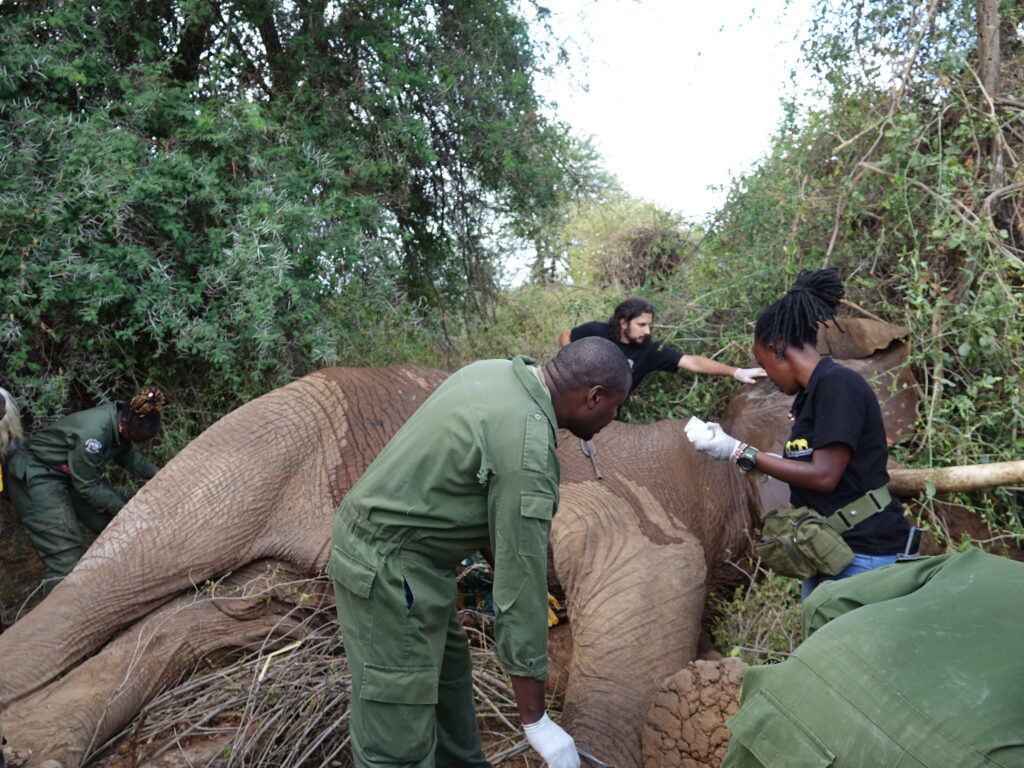 STE and wildlife vets tending to Sarara’s wound. Although poaching has reduced in Kenya and across Africa, human-elephant conflict is a growing threat to all wild elephants.

Sarara’s recovery was slow, but he stayed close to STE’s camp, where he felt safe. The research team monitored him closely over the following months to make sure he healed properly. Thanks to quick veterinary intervention, Sarara was lucky and avoided infection. Today, he has fully recovered, but Davido and STE staff will still keep an eye on their massive friend. Sarara’s ordeal shows just how widespread human-elephant conflict has become, proving that all wild elephants, even those familiar to local people, are at risk. STE’s efforts to promote coexistence are more crucial than ever and are an important part of ensuring that safe places remain for elephants in a rapidly developing world.

Support Save the Elephants