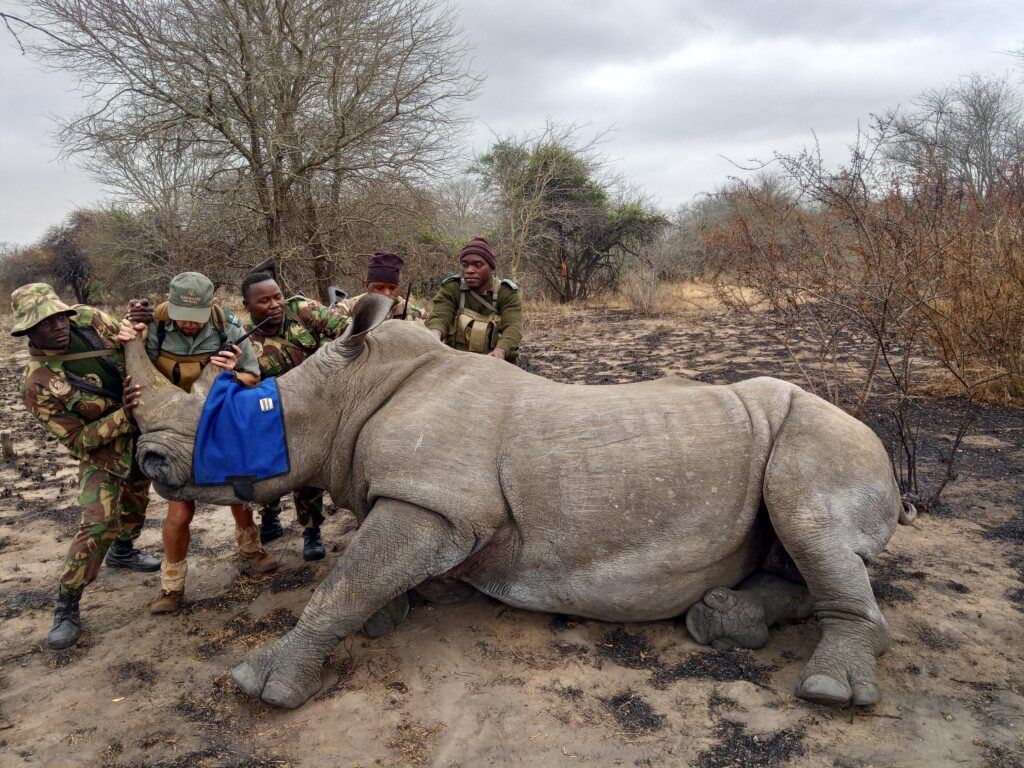 Aiming an immobilizing dart at a rapidly moving animal while leaning out of an airborne helicopter seems like an absurd undertaking, but this is how wildlife veterinarians are able to sedate a charging rhino. It’s hair-raising work, but can save the rhino’s life. Once the rhino lies down, the helicopter lands and a team of experts from Mozambique Wildlife Alliance (MWA) race towards the immobilized animal. They gently cover its eyes with a cloth, keeping it calm. The loud whirring of the propellers is drowned out by the roar of an electric chainsaw that the team uses to carefully cut off the rhino’s horn above the growth point, where it is painless. By removing the rhino’s horn, they’re removing a target on its back. This is a stopgap solution to disincentivize poaching, and it’s saving Mozambique’s rhinos. 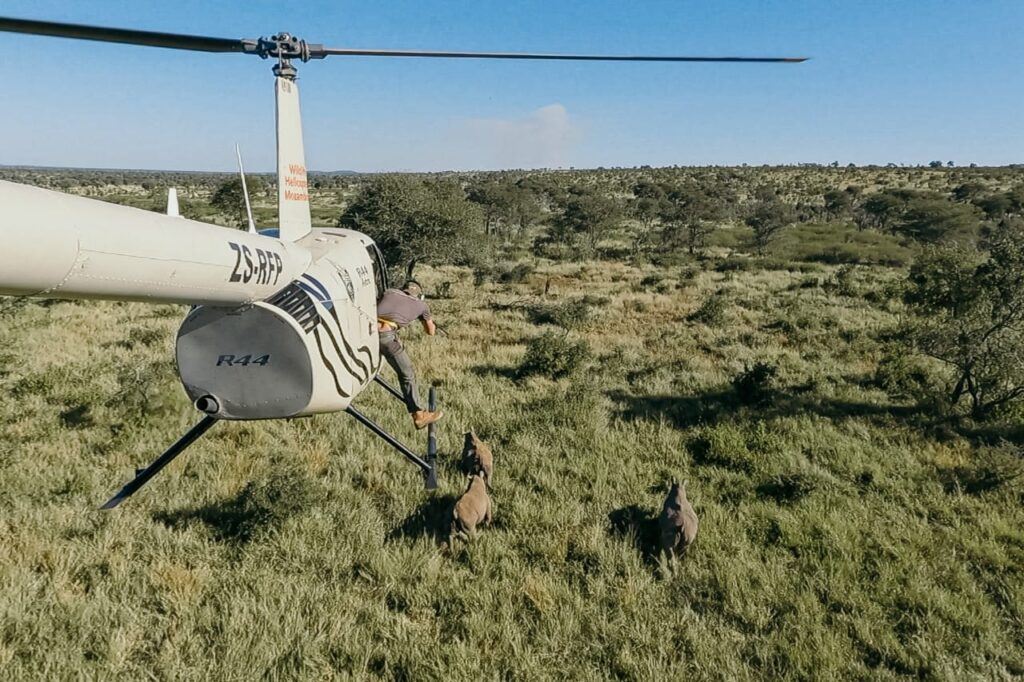 MWA sedates rhinos from the air to begin the dehorning process.

MWA is a new nonprofit created to support Mozambique’s National Administration of Conservation Areas (ANAC). MWA operates on behalf of ANAC in a variety of ways, including conducting veterinary interventions and supporting activities that disrupt illegal wildlife trafficking. Funding from the Rhino Recovery Fund (RRF) and the Lion Recovery Fund (LRF) has enabled MWA to operate and hire veterinarians and other staff to protect Mozambique’s wildlife. Thanks to the efforts of MWA and their partners, rhinos are now recovering in a place where they had gone extinct. 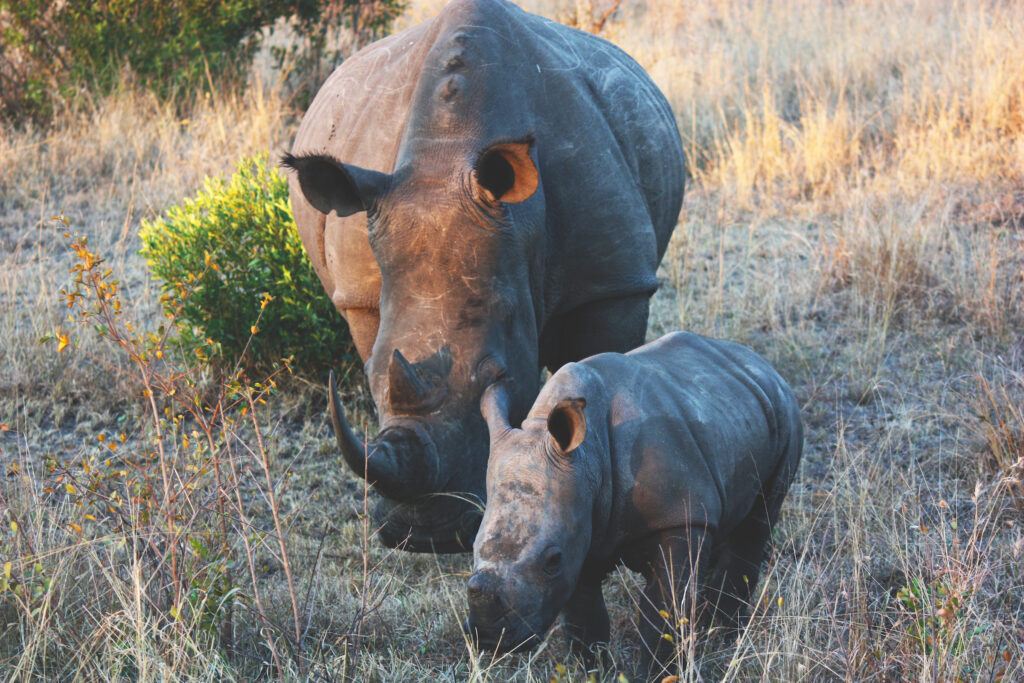 MWA’s efforts helped make 2021 the first year in which Mozambique had recorded rhino births and a growing population of white and black rhinos living permanently in the country.

Mozambique’s entire rhino population originated in neighboring Kruger National Park in South Africa—where extensive poaching has caused rhinos to decline over the last 15 years—before wandering into southwest Mozambique. Though it holds no medicinal benefits, rhino horn is prized in some Asian medicines and sells for thousands on the black market. Removing a rhino’s horn makes it no longer valuable to poachers. While awkward at first, rhinos quickly adapt and alter how they use their horn to accommodate for the change. With RRF support, MWA dehorns all rhinos that wander into Mozambique. Consequently, 2021 became the first recorded year where no rhinos were poached in Mozambique.

In addition to this temporary response to acute poaching, the RRF and MWA are focused on long-term solutions to eliminate demand for rhino horn and secure ample safe habitat. That is what’s truly needed for rhinos to have a future where they can roam through wild landscapes unharmed, horns and all.

How the Lion Recovery Fund and MWA are Saving Lions

A stealthily prowling lion doesn’t understand borders or property rights, but it understands hunger. If a lion strayed outside a protected area, wandering into the shrubbed landscapes bordering a village, it may kill grazing cattle and make itself vulnerable to retaliation. Nobody wins in that scenario. Fortunately, this is preventable. 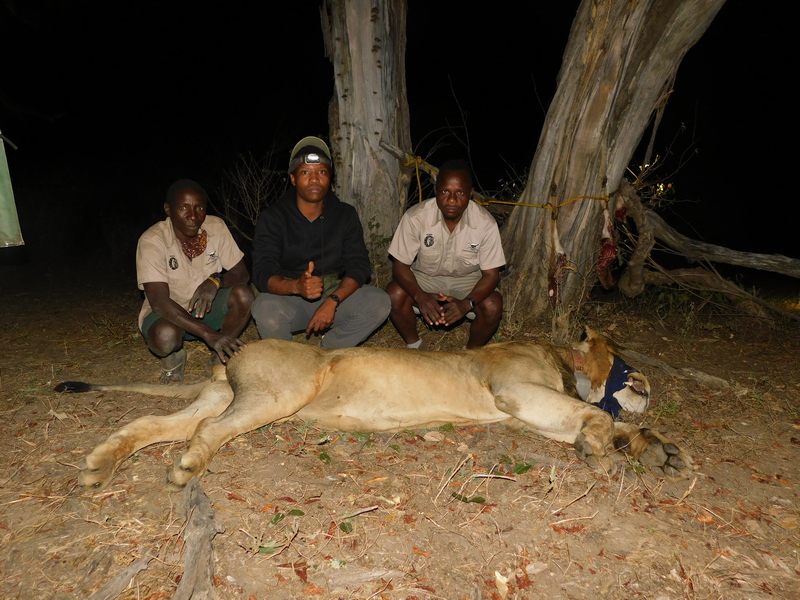 The MWA team collaring a lion before moving it to an area away from people.

On a clear, quiet night in October 2021, the Mozambique Wildlife Alliance, a Lion Recovery Fund (LRF) grantee, received reports that a pride of 15 lions was roaming outside the protected area. They were able to capture and collar two of those lions and move them to a nearby conservation area away from people. The rest of the pride soon followed. MWA now uses data from the collars to alert communities if the lions get too close, giving them time to corral their cattle and avoid conflict. This effective warning system can save a herder’s livelihood and a lion’s life.

Dog Uses A Cat As A Pillow?! | The Dodo Odd Couples
Adjustment is never a problem with this cute cat! (via Roman Melnichuk)
This Dog Is Proof That Miracles Happen | The Dodo Heroes
Fox Trapped in Net For Four Hours | The Dodo
Rescued Puffin Spoiled By New Mom | The Dodo