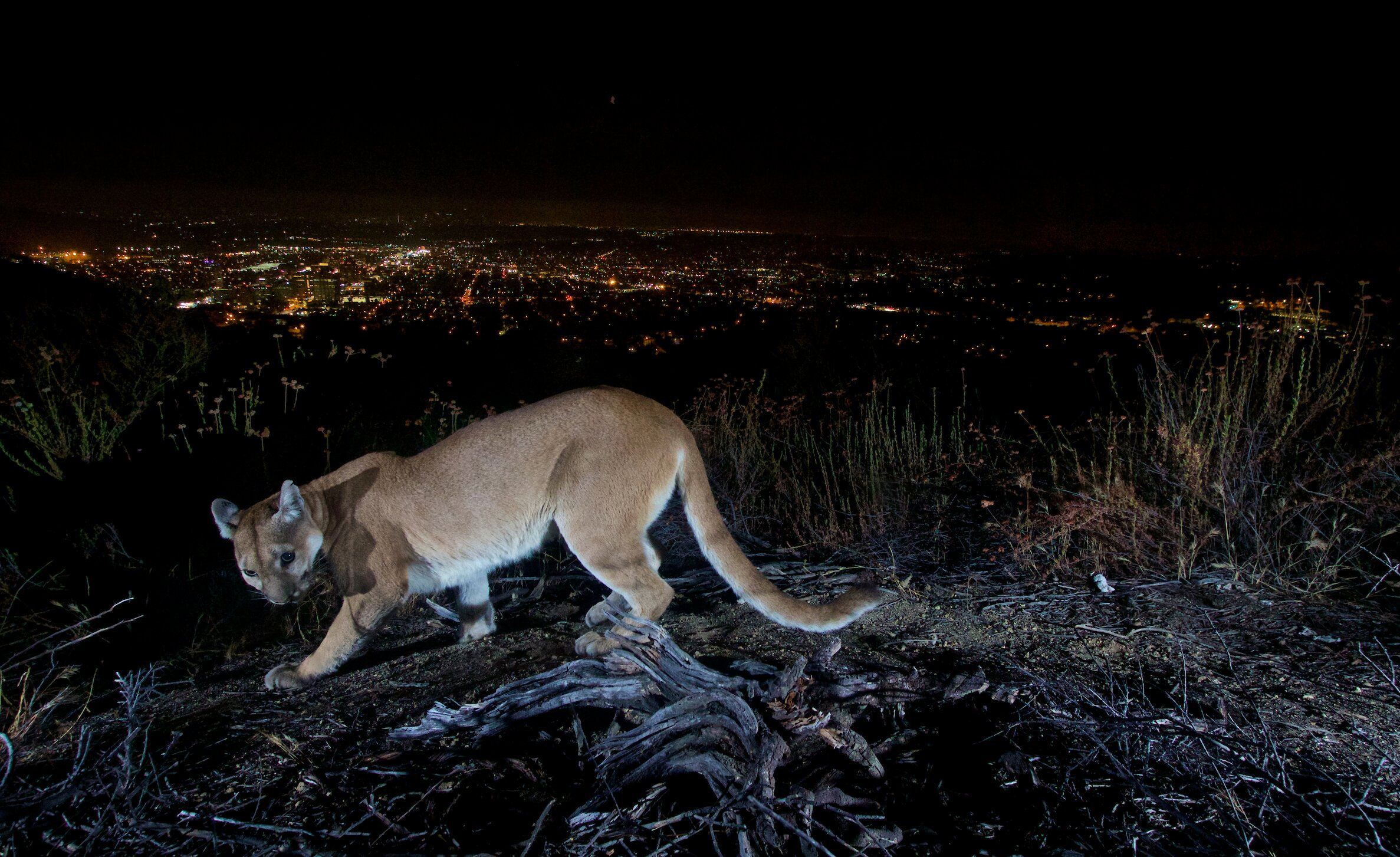 Cars whizzed past Neal Sharma’s pickup with the steady repetition of a ticking clock. He was parked on the shoulder of a stretch of Highway 101 known for being windy and heavily wooded. Bordering each side of the road is a vibrant yet vulnerable ecosystem containing pumas, badgers, and other impressive wildlife that many Californians don’t even know exist here. But the road bisects this habitat and animals attempting to cross it are often hit by cars. As he has done for much of his career, Neal stood roadside assessing possible locations for establishing structures, like culverts or underpasses, that wildlife could use to safely cross. These would not only protect individual animals from vehicular collisions, they are part of a larger plan to connect fragmented patches of habitat to save entire wildlife populations and whole ecosystems. This focus on connectivity is at the heart of WCN’s new California Wildlife Program (CWP). 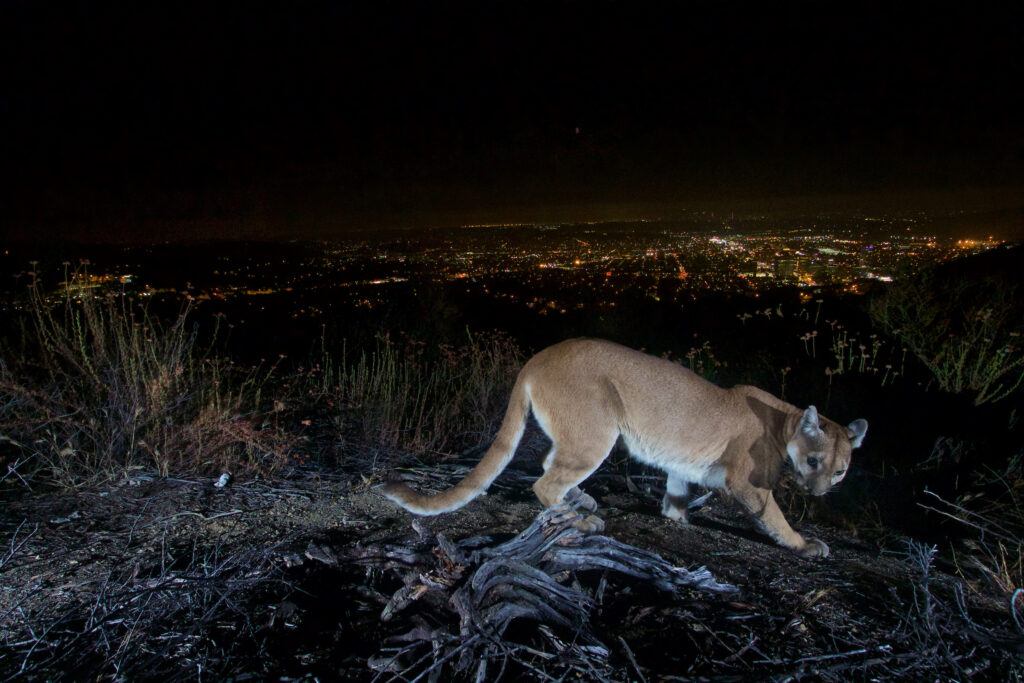 Isolated populations lead to inbreeding, which affects the health of populations over time. Protecting puma populations requires ensuring they have a chance to diversify their genetics.

Highways are as Californian as surfboards and earthquakes. The state’s history of building highways, done on a larger scale than nearly anywhere else in the U.S., helped spark its development and population growth. But these roads, combined with the urban sprawl they join together and other human development, have divided the landscape and isolated wildlife populations. As wide-ranging carnivores, pumas in particular require enough continuous habitat to sustain a healthy gene pool—they need opportunities to find mates outside of their own population. Since so much of this habitat is fragmented, to avoid inbreeding, pumas need protected pathways to move across vast landscapes. They need connectivity. 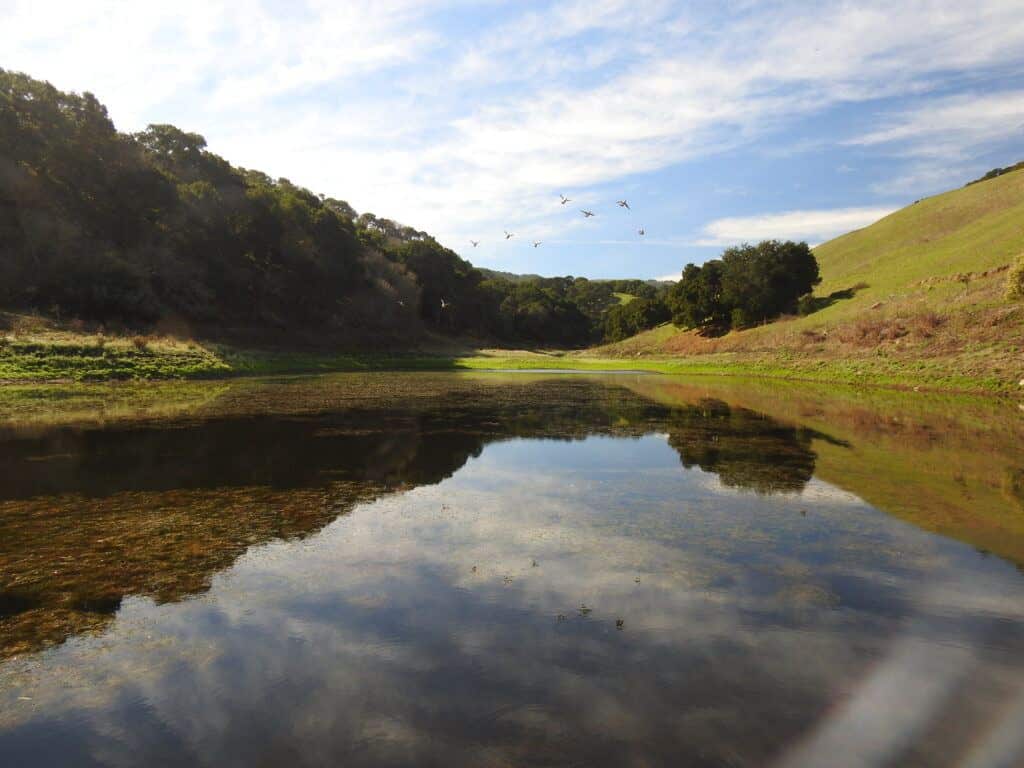 The Nyland property supports a wide array of wild animals, including endangered species.

Launched in 2021 and led by Neal Sharma, CWP is WCN’s first North American initiative; it has an initial focus of restoring and maintaining habitat connectivity for wildlife, including vulnerable puma populations, in California. Through its first grant, CWP helped the Trust for Public Land purchase the Nyland Property, a 540-acre historic cattle ranch that boasts grasslands, wetlands, and pockets of oak woodlands. Located just an hour south of Silicon Valley, the Nyland Property supports habitat for a variety of species, including black bears, bobcats, tricolored blackbirds, and of course, pumas. The property is a key part of a network of habitats in the Santa Cruz Mountains and Gabilan Range which have become increasingly fragmented by roads, subdivisions, and other human infrastructure. Now that it has been purchased, ownership will transfer to a local land trust with a conservation easement that will permanently prohibit development on the property.* Additionally, the Amah Mutsun Tribal Band, who have stewarded this land for thousands of years, will hold access rights. 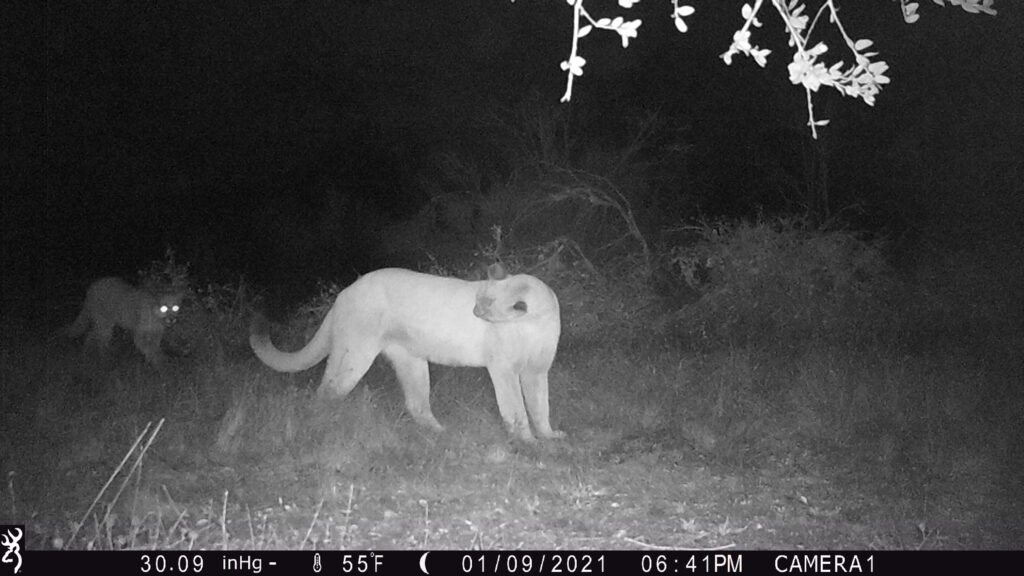 Camera trap photo of a puma and her cub near the Nyland property.

The Nyland Property is an important piece of the puzzle to protect habitat connectivity in California. CWP is focused on getting enough of these pieces together to unite disparate puma populations and sustain the remarkable diversity of California’s wildlife. This will take many forms, including supporting additional land purchases and implementing wildlife crossings at highways. Through these efforts, it may one day be possible for the pumas prowling the woods near Neal’s parked pickup along the 101 to connect with pumas passing through the permanently protected Nyland Property.