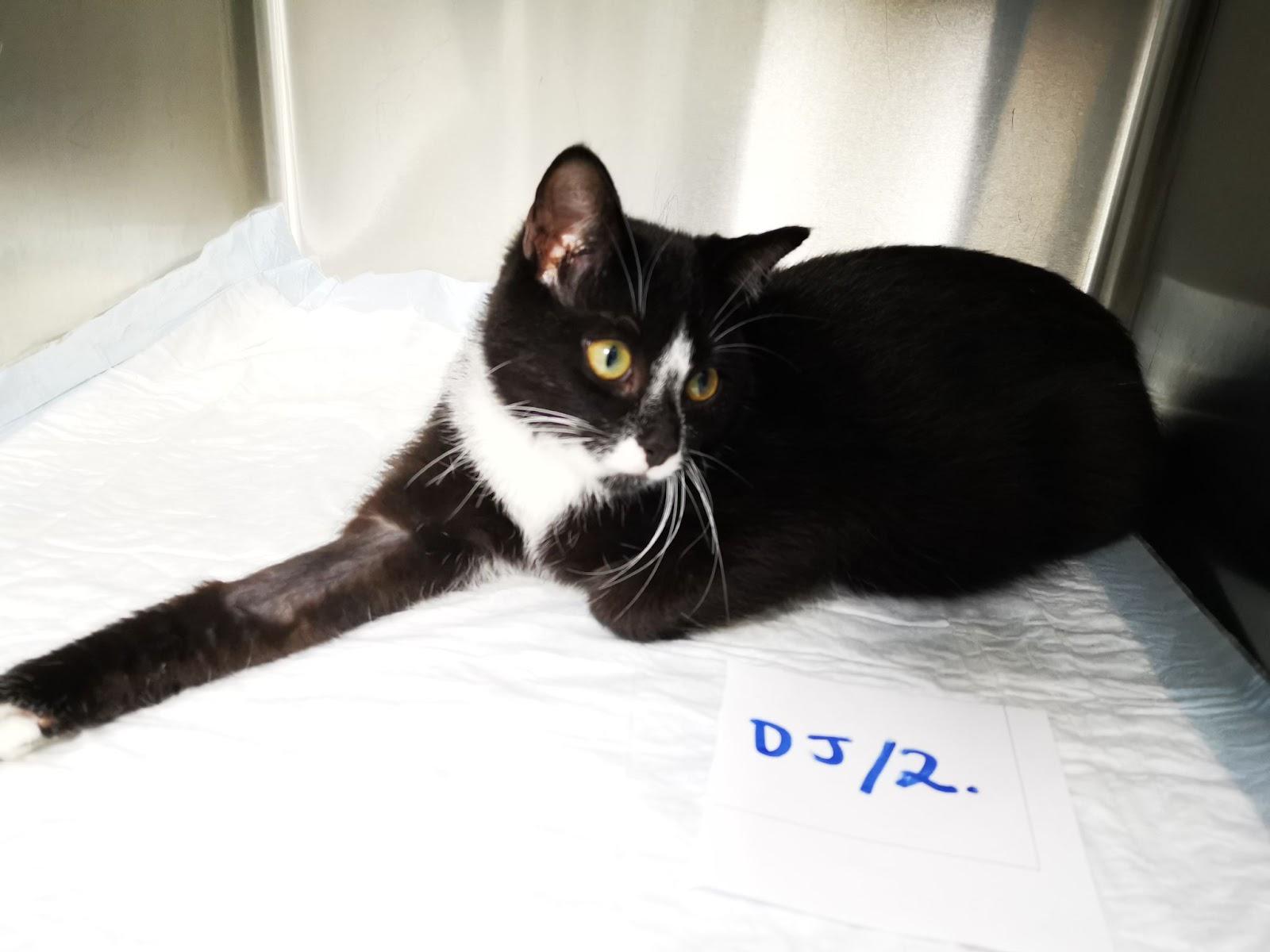 Lucifer had a broken leg and 13 fractures of the ribs but has since recovered.

Please note the following article contains details that may be upsetting!

A couple who abused their cats – which led to the death of a kitten and left two other pets with fractured bones – have been banned from keeping animals for life. 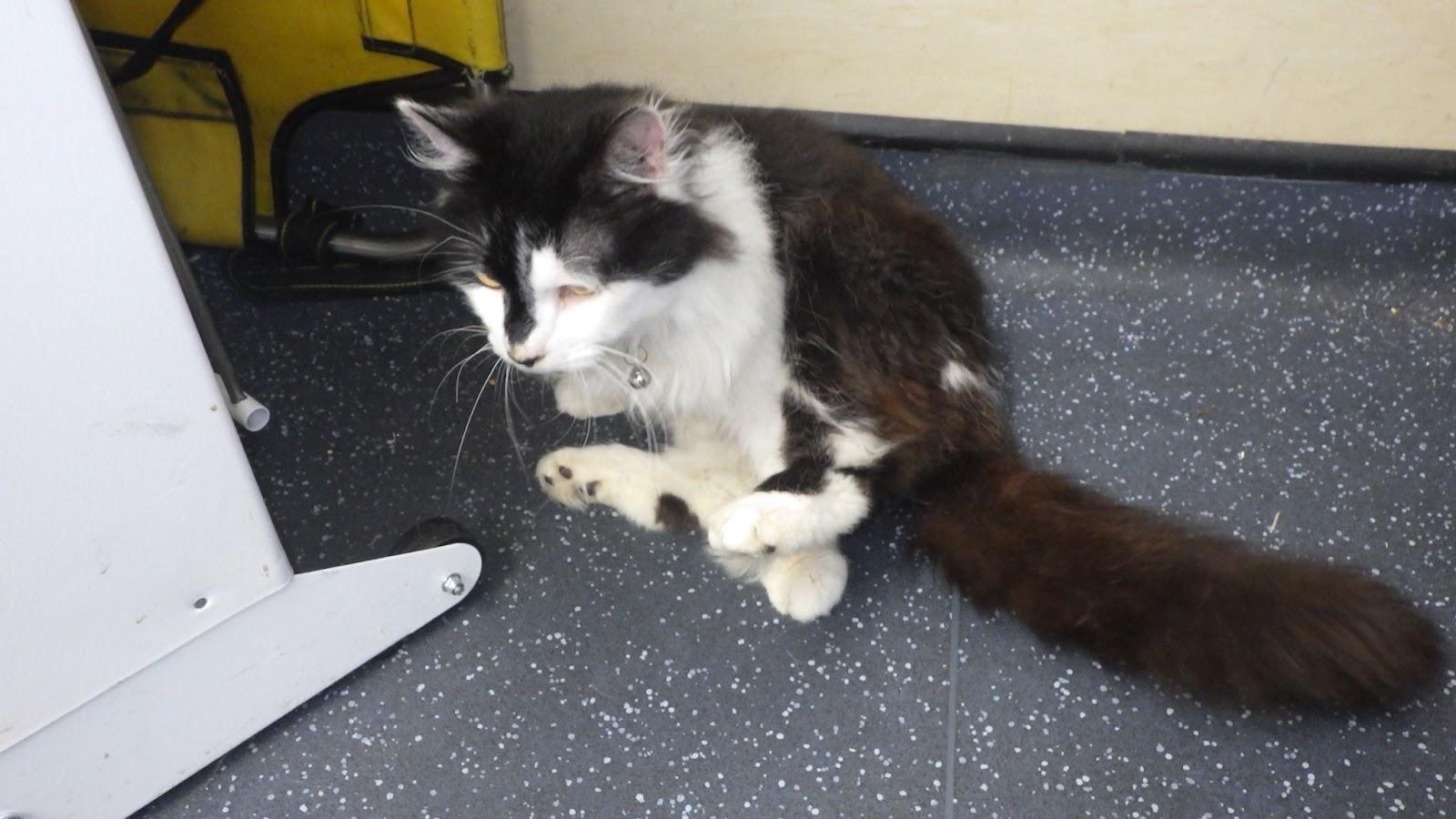 The court heard how during the course of an RSPCA investigation a kitten was found dead in the Heatley Close home following a blunt force trauma incident, while another cat was found to have 13 fractured ribs, a fractured leg and a fractured cheekbone. Another cat was unable to walk as she had a broken leg.

Lancashire Magistrates Court heard how the RSPCA were called to investigate after a cat charity reported that they had taken five cats into their care at the owners request – and some had injuries which suggested deliberate harm had been caused to the pets.

Inspector Danni Jennings collected the cats on November 4 2020. She took them to the RSPCA’s Greater Manchester Animal Hospital for veterinary attention as two cats were struggling to walk and another cat called Ellie (pictured above) had a broken right forelimb.

The couple later said in interviews that Ellie sustained a fractured front leg after she was struck with a sweeping brush during a domestic argument.

A leg amputation had to be carried out on Ellie who recovered from her injuries but sadly tests failed to establish what was causing the two other pets to lose their balance. A severe neurological condition was suspected but it was not known what was the cause of this.

A vet decided both pets had to be put to sleep to end their suffering. The other two cats who were removed from the couple were treated for fleas and worms and were returned to full health.

Two months later, on January 26 2021, the RSPCA were called to reports that a kitten called Coco had been killed at the Heatley Close address where the couple were living together.

The kitten’s body was found in a shoe box in the home and both defendants accused each other of killing the eight-week old pet by throwing her against a wall. A post mortem showed this was probably the cause of death – but she had a number of blunt force injuries suggesting she had been thrown more than once. 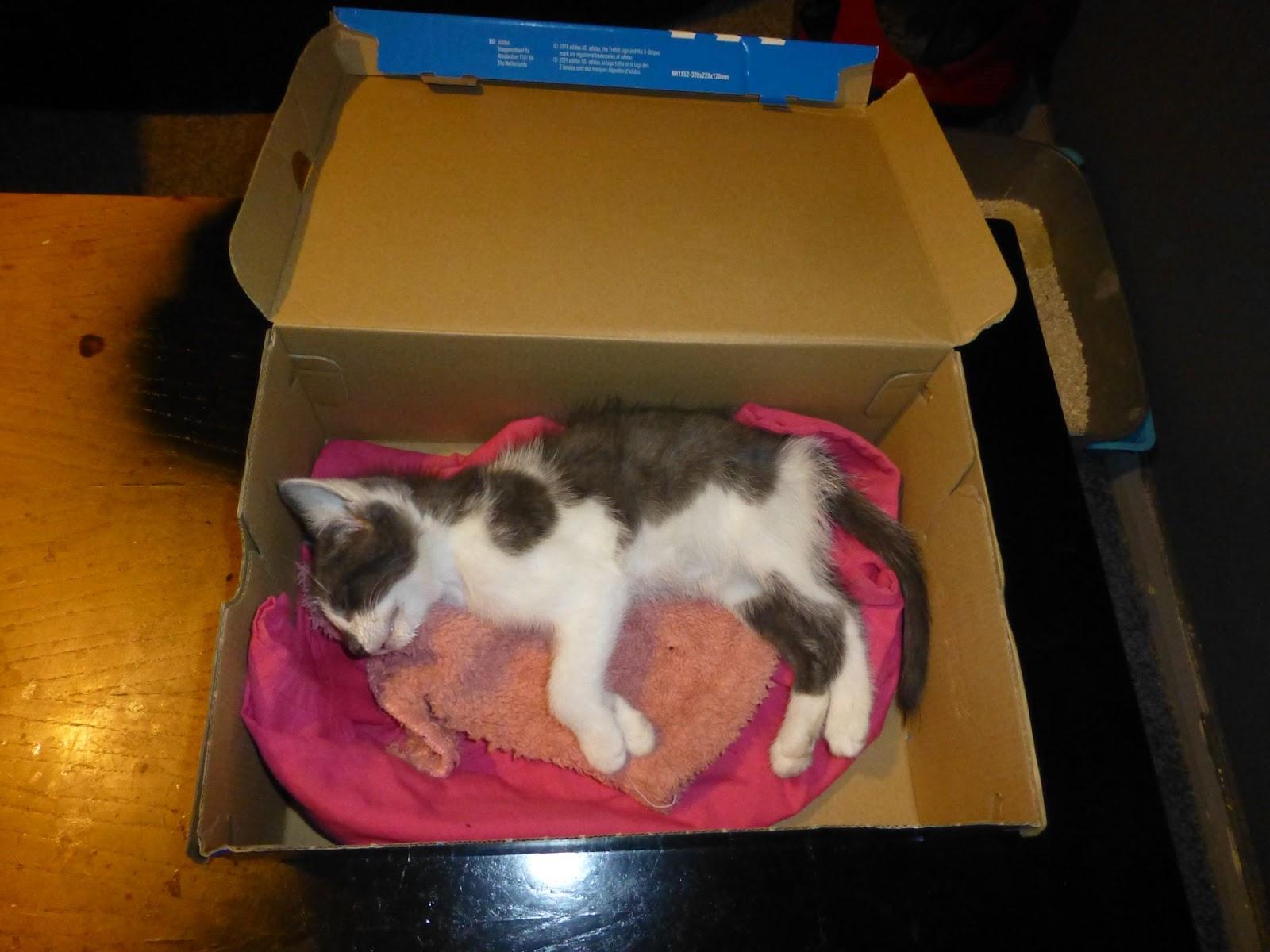 Then, while the investigation continued, in August 2021 the RSPCA was called to reports that the couple had another cat in their care, called Lucifer, who appeared severely injured and was screaming in pain.

The pet, aged one, was collected by the RSPCA and rushed to the Greater Manchester Animal Hospital where he was discovered to have a fractured right hind limb and multiple historc fractures of the cheekbone and 13 fractures of the ribs.

Lucifer (pictured below) has since recovered after having his leg pinned and had to have two months of cage rest.

An independent veterinary expert told the court: “In my opinion Lucifer was caused to suffer as a consequence of physical abuse on a number of occasions. Suffering would have been experienced by this animal via mechanisms of fear, distress and pain on at least three occasions within six weeks.

“The fractured right forelimb evident on Ellie is consistent with the injury being caused when hit with a sweeping brush as suggested in court.

Inspector Jennings said: “This was a horrific case of cruelty to a number of defenceless cats. This prosecution sends a statement that treating cats in this way is wholly unacceptable.”

As well as a lifetime ban on keeping all animals at the court hearing on May 4, the pair were given 18-week prison sentences suspended for two years and were also ordered to carry out 20 Rehabilitation Activity Requirement days and each have to pay £350 costs.

Ellie and Lucifer have since been rehomed by the RSPCA and are doing well in their new homes.

The offence they pleaded guilty to:

Let’s see what dogs know how to speak at dog daycare today! #dogdaycare #dogshorts #puppy #doglover
Cat Left in Parking Spot is Thankful to Couple for Opening their Home, She Turns Out to Be ‘Total Treasure’
goat funny video 😂😂|goat #shorts #short #shortsvideo #goat
How Do DOGS Know You LOVE Them? 🧍‍♀️❤️🐕
Brothers Separated After Rescue Get A Familiar Whiff At Park